If your computer returns "vulnerable" after you run the command ... well, the answer is obvious. And there's not much you can do about it other than turning on your built-in firewall and hoping for the best. 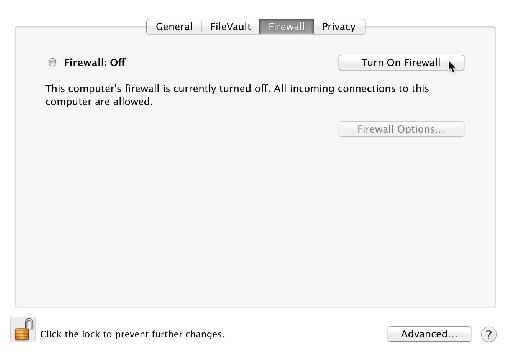 Visit System Preferences > Security & Privacy Pane and turn on your firewall!  I use it always ...

You can also be proactive in protecting yourself: until Shellshock is patched, you should avoid using open networks in public spaces. You're quite safe using the internet at home or your office ... no need to panic. It's difficult for people to exploit Shellshock if they're not on your network.
While this bug isn't per-se Apple's fault (it affects UNIX itself, which Mac OS is built on), they still need to fix it quickly. Check your Software Updates soon as I'm sure it will be fixed soon ... though as of writing there's no security patches available for OS 10.9 Mavericks or below.

Command-Spacebar and search for "Terminal" to quickly launch it. Don't try directory-diving to find this well-hidden application.

Martin Sitter
Martin Sitter is the Founder of NonLinear Educating Inc., and the CEO of macProVideo.com, AskVideo.com, and Ask.Audio. Martin started out as a DJ and Record Producer in the 90s. At the turn of this Century, Martin was recruited by Apple Computers to design and author their Official Software Training Curriculum for Logic, Soundtrack Pro, and DVD Studio Pro. Martin wrote the Original Apple Pro Training series books for the above topics. He's also a best-selling technical author of over a dozen books, spanning various topics in audio and video editing & design.
Related Videos
Comments (1)