All Articles Mixing & Mastering
Quick Tip : Subtractive vs additive equalization
Mo Volans on Fri, January 14th 1 comments
Language
When enhancing your sounds with EQ there is a fine line between a light sweetening and an over-colored, or over-hyped end result. Most of the time any negative results are due to too much additive equ

When enhancing your sounds with EQ there is a fine line between a light sweetening and an over-colored, or over-hyped end result. Most of the time any negative results are due to too much additive equalization, in other words too much gain in any one particular frequency band.

Relative beginners may think that using additive EQ is the only way to enhance their sounds but there is another way. Let's take a quick look...

So if you are new to the idea of subtractive EQ techniques, when you want to enhance a sound you will most likely reach for your favorite EQ plug-in and dial in a healthy amount of  gain into the required band.

This will usually work pretty well and as you can hear here this drum loop is nicely brightened using the high frequency bands in Logic's Channel EQ. You may notice it's already sounding a little 'hyped' though, this means the added frequencies are a little colored and over processed. 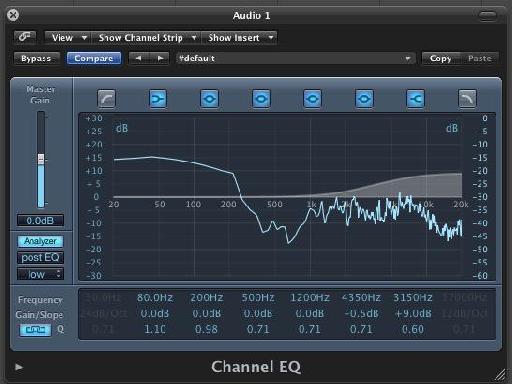 Imagine this effect on ten sounds across a mix. You could end up listening to your EQ plug-ins, rather than the original audio files you loaded. So let's check out the alternative...

Here we have the same sound but instead of adding high end I have used a shelving filter to remove some of the sounds lower frequencies. This may seem counter productive but combine this with a significant raise in level and the final outcome is a boost in our higher frequencies. 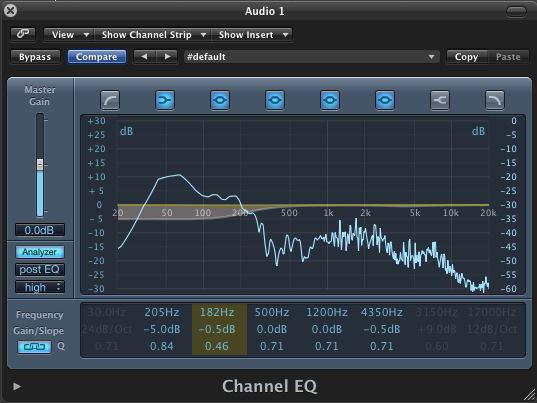 The real difference here is that we have not actually 'added' any processing, instead we have boosted the sound's high end qualities by subduing it's other prominent features and bringing the level of the overall sound up.

So in the end ... we are hearing more of our sound and less EQ and that is never a bad thing!

Want to learn how to improve your mixing technique? Check out Sonic Dimension in Mixing, Logic 403 - Mixing R&B, Logic 404 - Mixing Electronica, Pro Tools 402 - Mixing Pop in Pro Tools amongst many other tutorials here.