All Articles Motion
Understanding Motion's Camera Controls, Part 1
Ben Balser on Tue, June 4th 0 comments
Language
Using cameras in Motion can be amazing. Moving them through and around objects, switching from one to another camera... so many options. In part 1 of 3 we'll cover the basic camera controls.

Using cameras in Motion can be amazing. Moving them through and around objects, switching from one to another camera, so many options. Yet I get asked quite often how to do effects that are super easy with some of the advanced camera controls in Motion. Here in part 1 we will cover the basic camera controls. In part 2 we will cover the depth of field controls. Then in part 3, I'll run through some hands-on exercises.

With a Motion project opened, I'll go to the Object menu, to New Camera. You can also use the keyboard shortcut Option-Command-C or the New Camera button to the right side of the tool bar. If you do not have a 3D group in your project, you will be prompted to change all your groups to 3D or leave them as 2D groups. You can add a camera with all 2D groups, but it won't do much of anything at all. Cameras only operate in 3D space. 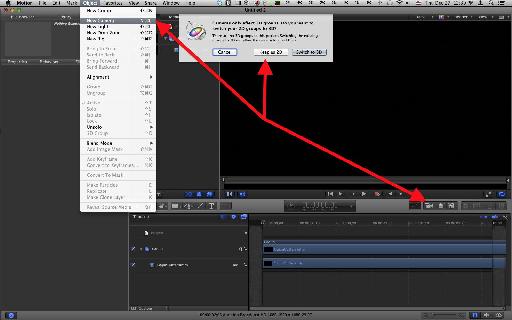 To change a Group to 3D space, select that layer, go to the Object menu, and about mid way check the '3D Group' option, use the keyboard shortcut Control-D, or click the Group Mode icon to the right of the Group layer itself. If this icon looks like papers overlaping on a desktop, it is a 2D group. If this icon looks like papers floating above each other with space in between (see the image below), it is a 3D group. 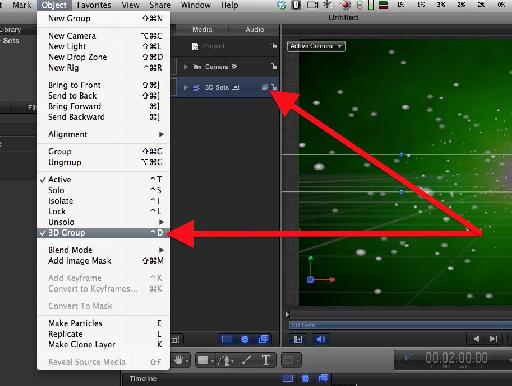 I can F1 to the Properties tab of the Inspector and adjust the cameras basic parameters. I won't spend time with these, as they're the same as anything else. Position and Rotation are basically the two important controls here. You can apply Behaviors to these parameters or keyframe them as you wish. There are six Camera Behaviors specific only to cameras that can make these controls much easier to deal with. I won't cover them here, as I want to concentrate on the advanced controls. 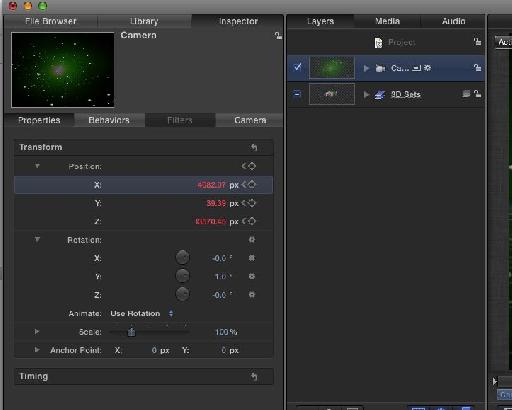 I can F4 into the Camera tab of the Inspector and see the camera controls covered in this article. 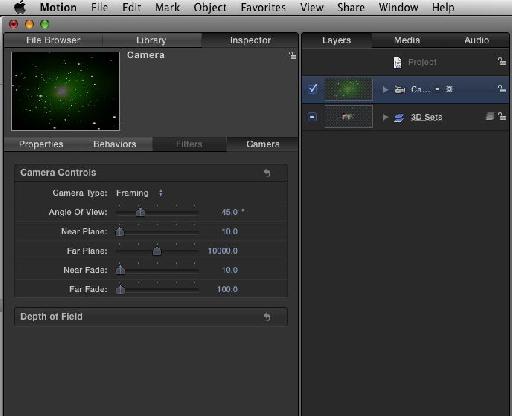 The first two are the 'Camera Type' and 'Angle of View' parameters. Camera Type is pretty simple. 'Framing', the most commonly used, sets what we could call the anchor point, the point it pivots around, as the center of the Focal Plane. 'Viewpoint' sets this pivot point to the center of the camera lens. Angle of View sets the angle from the camera lens to the focal plane. The higher the number, the closer you are to the focal plane, acting more like a wide angle lens. The lower the number, the further away you are. 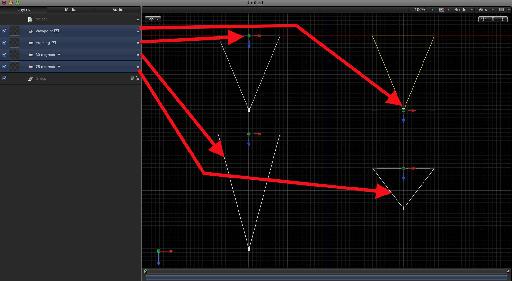 We have a Near Plane and Far Plane settings. Think of this as distance settings. They set how near and how far objects must be in order to be seen. Anything outside of the Plane settings becomes invisible to the camera. 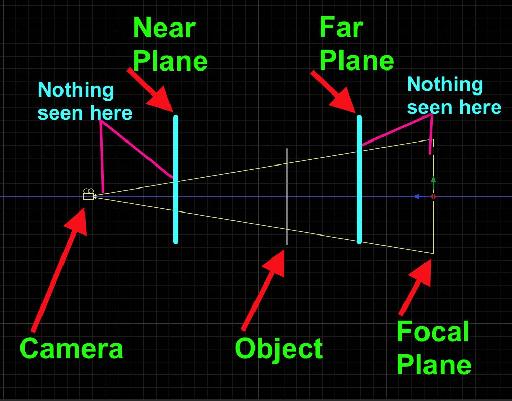 The Near Fade and Far Fade parameters are very simply feathering settings for the Plane settings. When things get too far away, do they just pop out of view or fade out of view? The right amount of fade can make the camera see more like your eyes with things fading into view, rather than just popping in and out of view like a purposeful special effect. 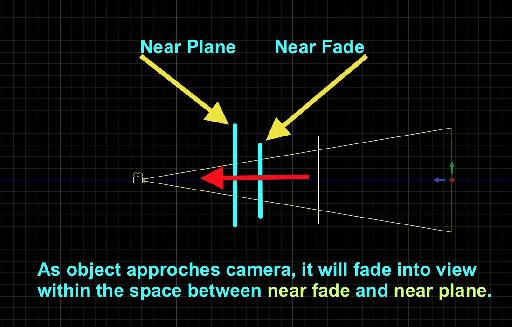 These are very basic explanations of the advanced camera controls in Motion. Yet I hope this article clears up what they do, making them less intimidating, thus more intellectually and creatively accessible to newer users, or those not familiar with how powerful Motion's cameras can be. In part 2, I'll cover the depth of field controls and how they can mimic real world cameras. Part 3 will give you hands-on exercises. 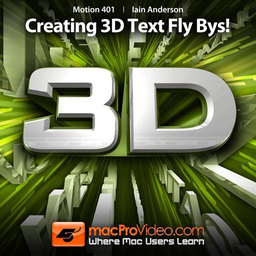 Dream It. Do It.
Do you want to learn Creating 3D Text Fly Bys!?
Yes, I want to learn!
No Thanks, I just want to read the article.
Feedback
How are we doing?
We'd love your thoughts, feedback and questions regarding our new site. All feedback is appreciated!
We do not respond to this form! If you need support, please visit our support page.
Thank you for your input!
Your message has been successfully sent
Course Advisor
Don't Know Where To Start?
Ask A Course Advisor