All Articles News
Apple Updates Logic Pro X 10.0.7, Many New Features and Fixes
Rounik Sethi on Wed, May 14th 0 comments
Language
Apple have been VERY busy introducing fixes and features to the latest free update for Logic Pro X. Amongst the highlights: click, drag to toggle plug-ins on & MIDI CC7 and 10 can control instruments.

Here's the full new features and enhancements list from Apple for Logic Pro 10.0.7. As you'll see there's a lot of new features, from Mac Pro 12 core support to pasting automation at Playhead or using the Marquee selection, and the quick rendering down of audio from an AUX channel, amongst many other tasty new things for Logic users!

Go download the update for Logic Pro X from the Mac App Store!! 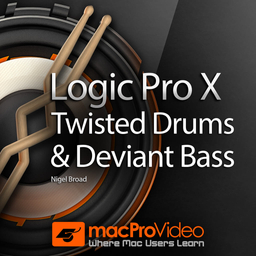