All Articles News
NAB 2014: The Best Cameras on Show
Iain Anderson on Tue, April 8th 0 comments
Language
NAB 2014 has heralded some special camera announcements. There's been a buzz about the show and we're here to tell you about the most impressive cameras from Blackmagic, RED, Panasonic and more. 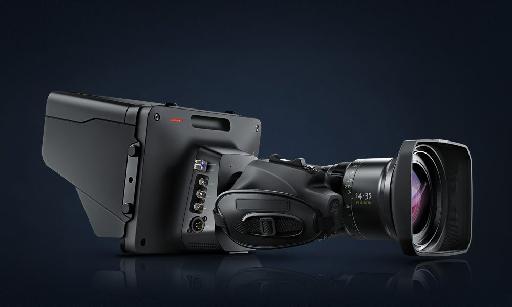 NAB has provided even more buzz than last year, if possible, with a flood of new cameras announced, being shown, and even being promised for sale. What's new on the camera menu, in no particular order?

A suite of new 4K-capable cameras are on show, some allowing 60p frame rates. The GY-LSX1 is a shoulder-mount beast that handles 4K at 60p and a lower resolution at 240p; the GY-LSX2 is a handheld that does 30p, and GW-SPLS1 is a two-part smaller camera for gimbal-mounting or remote control purposes. While JVC haven't been popular in the indie scene, they are better known in production circles, so when these hit the market they'll likely find welcoming arms. Not ready for sale just yet, though.

While the ARRI ALEXA (their ALL CAPS) is the darling of most feature films shot on digital, because they've nailed the color science and have a great reputation. If you're spending millions on the feature, then a camera for $80K or so isn't such a big deal. For the rest of us outside the heady heights of Hollywood features, the ARRI AMIRA (they like ALL CAPS) is the documentary equivalent which could bring its look to mere mortals. At NAB, it's on show and promising to ship this month, but otherwise no new news. 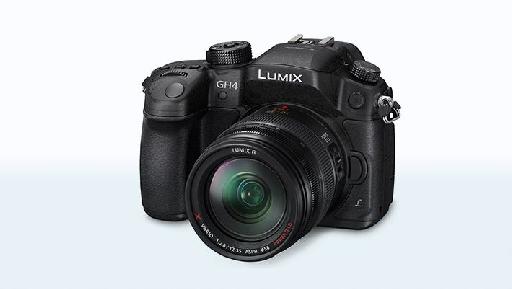 Not quite brand new, but this is likely the first chance most visitors have had to get their hands on the GH4, to be released in May. Shooting 4K in a handheld form factor is appealing, and their optional breakout box enables all kinds of other connectivity too. Once you build it up, it's getting pretty pricey, and there's not a lot of footage out there yet, but the GH3 was certainly pretty popular and it's likely this one will be too. Their VariCam offerings have also recently broadened to include high frame rate and 4K options, due in fall. 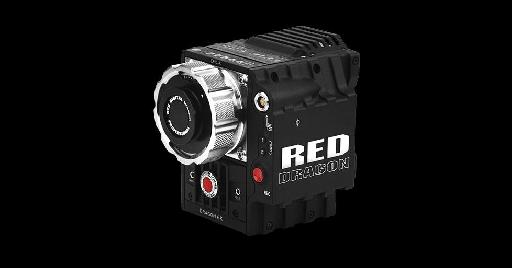 Lots of news, but more exciting for those already invested in the RED space. DRAGON Epic-M Monochrome will set you back $31,500, but at least you can get it at the end of April. Some new color science with DRAGONcolor and REDgamma 4, a 4K broadcast module for DRAGON cameras, a new side module, and the RED Sidewinder, a Swiss Army Knife-like tool to help you connect and disconnect all the bits. 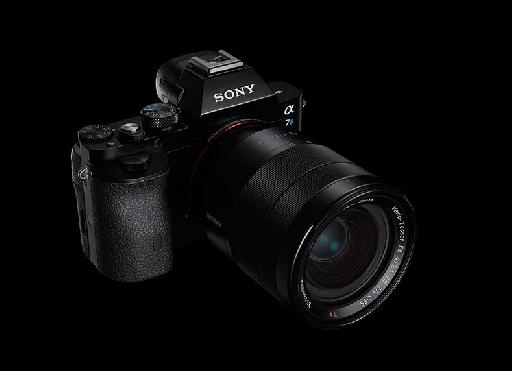 The new A7s has been announced, and it's more or less Sony's answer to the GH4. Shooting 4K video, 720p120 high speed video, a ridiculous ISO setting of 409600, and of course stills support, it'll be one to watch if you're looking for a higher-resolution DSLR replacement. You can only record 1080p at 50Mbps internally, so for 4K or just a higher bitrate, you'll need a capable external recorder like the Atomos Shogun. The detail is certainly in the image, but if you want more than 8-bit color you'll have to go for the GH4 with its external box.

New firmware for the F5 and F55 will allow user-generated LUTs, which will be very useful, and the new hardware upgrade to allow ProRes and DNxHD gives these cameras a solid, popular codec to shoot to. Sony aren't standing still.

Oh my goodness. On the pricier end at around $6000, you can now order the Blackmagic URSA camera, which brings a 10' fold-out display, interchangeable mounts and sensors, 4K at 60p, more displays with audio meters and scopes, XLR inputs with phantom power, S35 sensor with global shutter, records to dual CFast cards'¦ it's the Blackmagic Production Camera 4K with a full rig built in and made modular. A fantastically interesting camera, this is clearly aimed at the kind of set where multiple people all need to look at a camera at once (three screens!) and not the solo operator. It's for high end production, for a fraction of the cost of the competition.

At the cheaper end, the Blackmagic Studio Camera offers the same 10' screen for a viewfinder, lots of connection options including optical fiber, a Micro Four Thirds mount, a four hour battery, and is available now at $1995 for the HD version, with a 4K version due in July for $2995. The catch? No recorder. It's designed for the studio market, to be sold in large numbers and placed on tripods that cost more money than it does. Still, you can attach a Hyperdeck Shuttle to one of the many side mounting points to transform it into a Pocket-with-a-screen-attached. Very interesting indeed.

What about support for existing cameras? I'm on record as being a big fan of the Blackmagic Cinema Camera and the Blackmagic Pocket Cinema Camera. I own both and use both, and they're great. However, one common thread has been that firmware updates have been few and far between; another has that shipping dates have been both optimistic and often missed. Good news from the official forums is that firmware updates for the older cameras are indeed coming'"the first within the next two weeks will bring the BMCC improved sharpness in ProRes, and the other seems likely to bring audio meters. 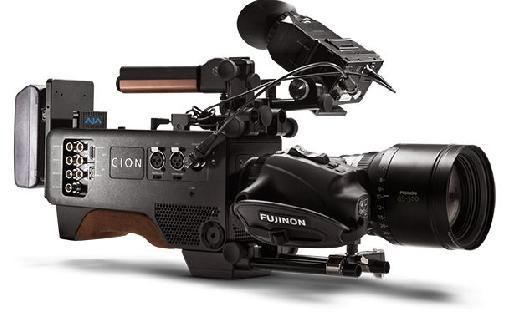 Like Blackmagic, AJA have chosen to take their experience in post production gear and branch out into cameras with the CION. Their first effort looks pretty amazing, too. A little like the new Blackmagic URSA and a little more expensive at around $9000, it's a shoulder mounted box with all the connectivity you'd expect at the high end. Shooting 4K (both the 4096x2160 flavor or Ultra HD) at up to 60fps in ProRes to the internal SSD, or 120fps with an external recorder, AJA seem to have taken everyone's wish list and said 'yes' to everything. They even said yes to a suede shoulder pad.

While it's a lot like the URSA in many ways'"production company makes high-end production camera'"it's perhaps the old-school version. Then again, it's got Thunderbolt and even Ethernet, so maybe it's just the styling. I'd love to see more from it, and if they can hit their due date of summer 2014, we'll be seeing more soon.

CION - The New Production Camera from AJA from AJA Marketing on Vimeo.

AMAZING times. But with this amount of change in the camera world, it's worth asking yourself a few questions:

Oh, and if any of the above companies are reading this, I'd be happy to review any and all of your cameras, any time you want to send them our way. Dream It. Do It.
Do you want to learn Core Training: Advanced Editing Masterclass?
Yes, I want to learn!
No Thanks, I just want to read the article.
Feedback
How are we doing?
We'd love your thoughts, feedback and questions regarding our new site. All feedback is appreciated!
We do not respond to this form! If you need support, please visit our support page.
Thank you for your input!
Your message has been successfully sent
Course Advisor
Don't Know Where To Start?
Ask A Course Advisor