If you've been following Ask.Audio  over the past couple of days you'll already know that Behringer threw out a surprise during NAMM 2018 by anouncing a new semi-modular, paraphonic analog synthesizer, Neutron.

The announcement was made by video from their YoutTube channel and we were not sleeping during NAMM so pushed this piece of news out there thanks to the eagle-eye of Michael Feather Black, who also provided some observations on possible features and spec. Now there's a new "overview" video from Behringer which shows off the large patch-bay on the Neutron amongst other things and gives us all a chance to hear more sounds that it can produce.

We've also learnd that Behringer are aiming to ship the Neutron end of April.

Some of the different stuff Michael and us have notied from this new video is the Oscillator Shape knob appears to morph between different waveforms. "Also the "mystery wave" kinda seems like a modulate-able sine wave or something". Notice, also, the paraphonic button is enagegd for this demo.

And here is a stiched together image of a close-up of the entire patch bay on the Behringer Neutron: 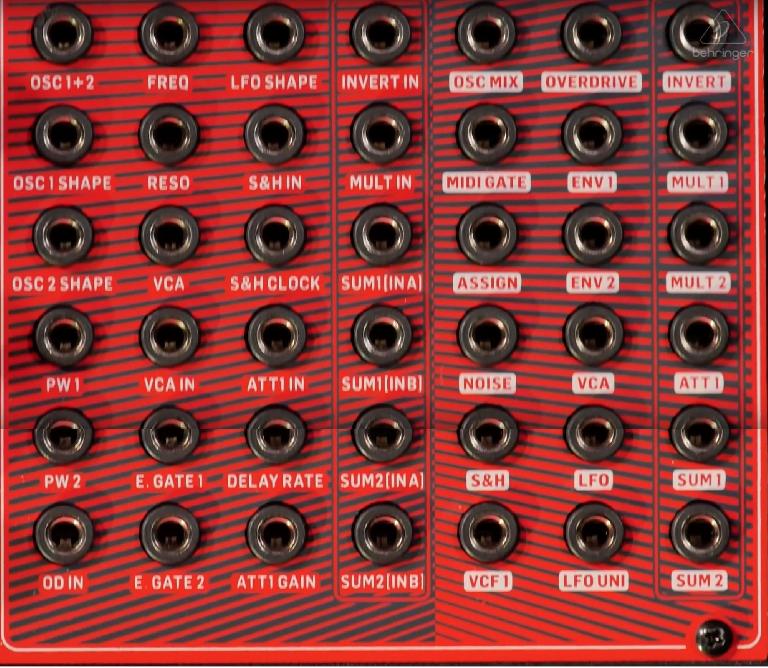 Here's a reminder of the suspected Neutron spec: 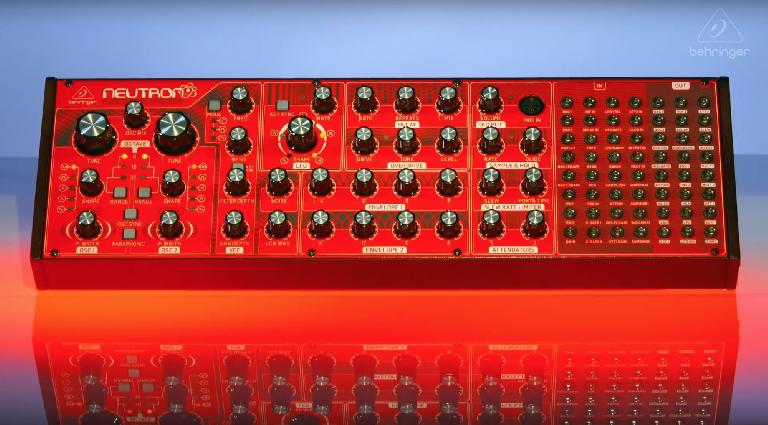 Reaction to Behringer Neutron has been mainly positive across the internet. This is not a clone synth or a re-make of a classic. It appears to be a unique design from Behringer and although no price or availablilty info has been announced, we'd expect it to become available during 2018... hopefully soon. 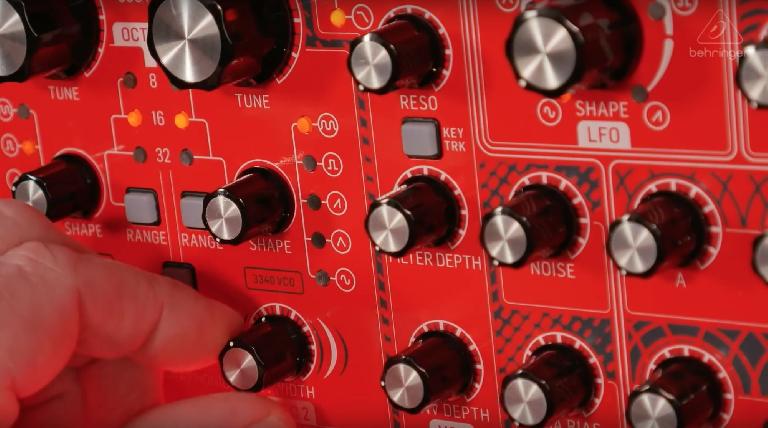 No price for Behringer Neutron has been announced yet.

Stay tuned to Ask.Audio for more info on Behringer Neutron as and when we get it.

Availability: Behringer are aiming to ship the Neutron end of April 2018.

Learn synths and synthesis in the Ask.Audio Academy:  https://ask.audio/academy?nleloc=category/audio/topic/synthesis
Related