All Articles News
SoundCloud Cuts 41% Of Its Workforce '" What Went Wrong?
Hollin Jones on Wed, July 12th 2 comments
SoundCloud is downsizing significantly. Where did it go wrong, and what does this say about the state of streaming in 2017?

It’s tough times at SoundCloud as the company is set to fire 173 of its 420 employees in order “to put the company on our path to profitability and in control of SoundCloud’s independent future”, as an official statement suggests.

While we’re constantly being told that music streaming is the way we all have to listen these days, an uncomfortable fact is that very few companies actually make money out of it. Giants like Apple and Google / Alphabet (with Apple Music and YouTube respectively) run their streaming services more or less as “loss leaders”, a way to get you to use their other services or buy products that do make handsome profits. And while smaller companies may be valued in the hundreds of millions, like so much in the dotcom world, much of that value is based on a combination of venture capital funding and perceived profitability in the future.

The idea behind SoundCloud is a good one – an audio-focused platform for hosting and sharing that isn’t YouTube with its giant corporate associations. But the company has struggled to monetise its users, who are averse to being served ads before they can hear content. There’s often not a compelling reason for someone to pay for a pro plan. Although the amount is fairly modest, YouTube is free and there are other competitors for your $8 a month that you might go for instead. The delineation between free and paid tiers seems slight – some expanded stats, tracking and more upload time. Businesses or professional bands might find these useful, but most regular users won’t. 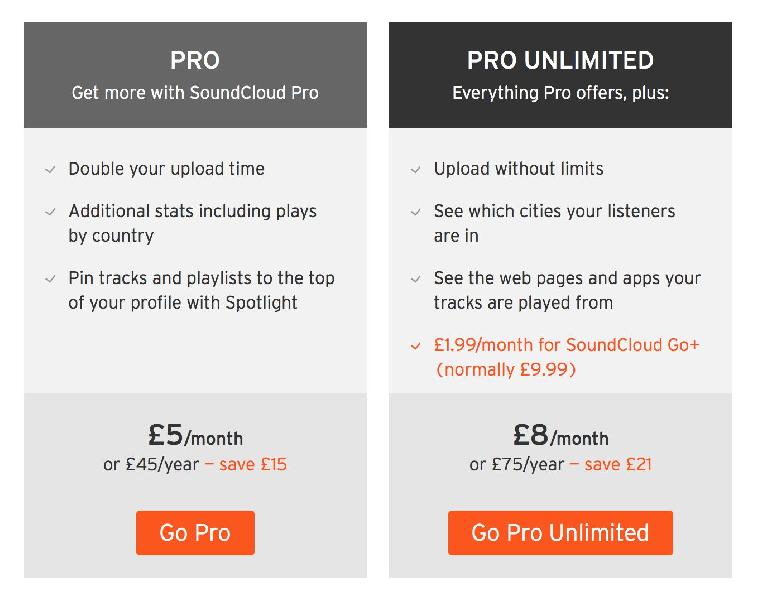 Add to this the fact that the service hasn’t really appeared to change or improve all that much over its lifetime, unlike other web services that often get overhauled every few years. SoundCloud can still be buggy on mobile, which is a critical market for any tech company. And perhaps controversially, can anyone explain how they need 420 employees? It feels like they might have made the classic dotcom mistake of prioritising rapid physical growth over really sorting out their business model. Like they went after “big company” status but with a product and a model that was really better suited to a much smaller company. Do they need offices in Berlin, New York, London, San Francisco, Los Angeles and Sydney?

Some blame the royalties that streaming companies pay for the content they stream for the financial difficulties, but that’s not an argument that will cut much ice with the vast majority of artists who are getting cents for hundreds or even thousands of plays.

For all the talk of people wanting everything for free, there’s a lot of evidence that people will pay for content they actually want – but it has to be just that.

Have you ever paid for one of SoundCloud’s pro plans and if so, did you feel it was worth it? Would you miss it if it was gone? Let us know in the comments.

[Via: Create Digital Music]
Learn music business essentials from copyright to licensing to royalties in these popular courses: https://ask.audio/academy?nleloc=topic/musicbusiness
Related