New versions of software bring unexpected highlights. In addition to the main show-stoppers in the Photoshop CS6 release are an unexpected new feature with a fresh interface '" the Blur Gallery. Allowing direct manipulation of camera-style effects, it's fun to use and can produce great results. Let's dig in.

This is the one you might see in the official demos. You'll need an image with a clear foreground subject that should remain in focus and a background that should not. Modern DSLRs with fast lenses let you create this effect in camera, so long as the foreground is far enough away from the background. If reality is not being cooperative, let Photoshop step in.

Choose Filter > Blur > Iris Blur. You'll see some on-image controls over an area in focus, a live blur over most of the rest of the image, and a transition area of partial blur between the two. The controls shown here allow a great deal of power: 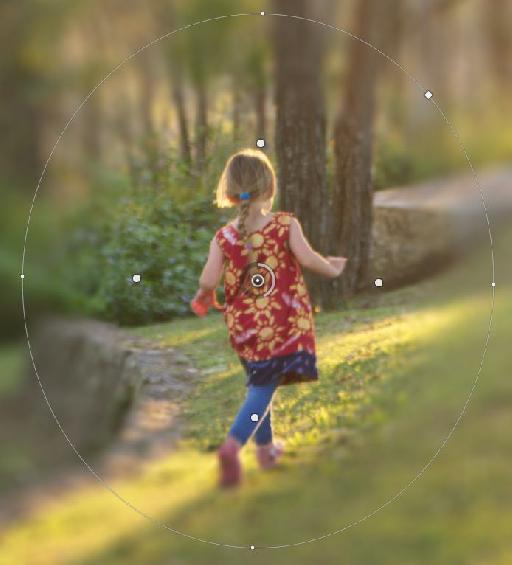 Here's an iris blur, with all the convenient controls.

If there's something else you'd like to keep in focus, you can destroy any link with reality by adding another in-focus area. Simply click on another part of the image and you'll add another focus pin. If you add too many, press Delete to remove the currently selected focus region. 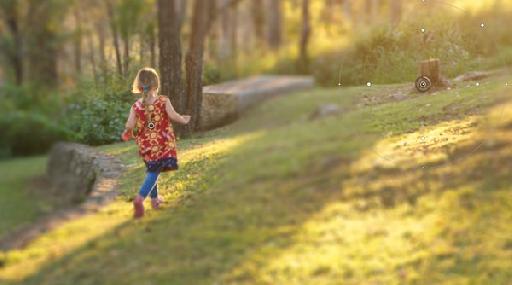 The Blur amount, controlled by the circular control around the center, is common to both pins, but other controls are independent. You can, however, control a number of other settings on a per-region basis.

Look to the Control Bar to change how much blur filters in to the in-focus regions (Selection Blur), how much of the original sharpness they retain (Focus), choose to Save the Mask that this tool creates (handy for further color correction in focused areas) or push for High Quality at the expense of speed.

More controls are visible to the right, but here are the key ones.

If you've not yet overdosed on Tilt-Shift (making real-world objects look like tiny models) in both stills and videos, Photoshop now has it built-in, with great controls. Find an image that suits the effect. Typically, this is a city, some trains, or a car '" something that could be a model, seen from a high perspective. 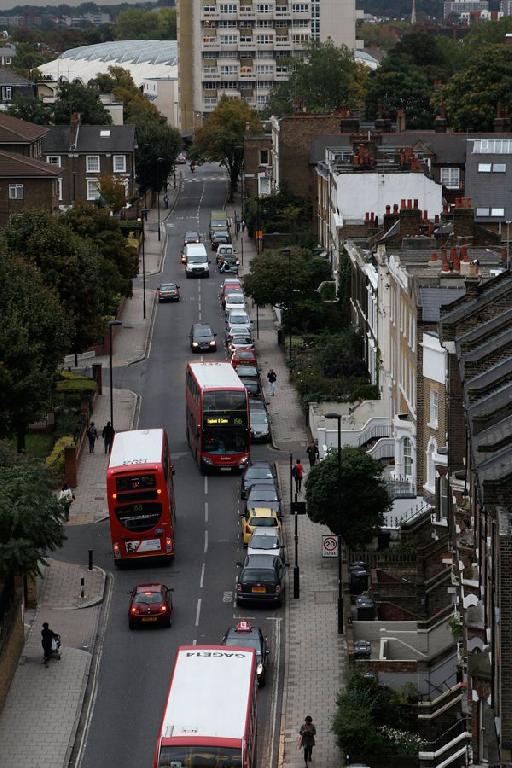 The original image in London.

The controls here let you: 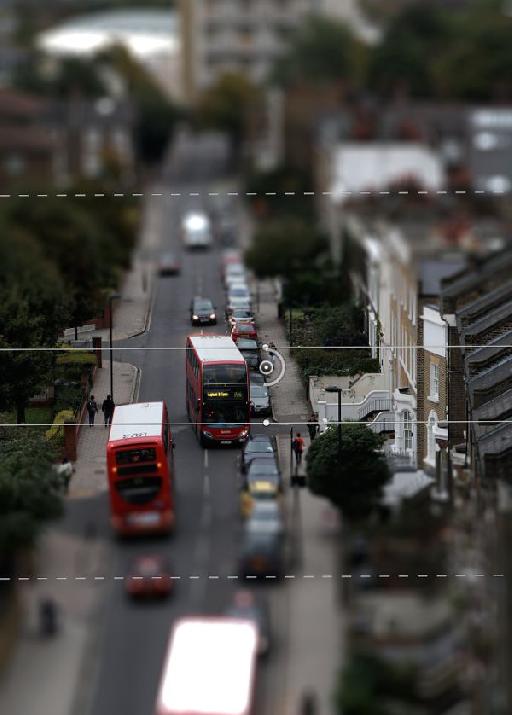 Additionally, it's worth looking at the two panels to the right of the screen.

For stronger highlighting to help sell the effect, increase the Light Bokeh and widen the Light Range by dragging the black marker to the left. 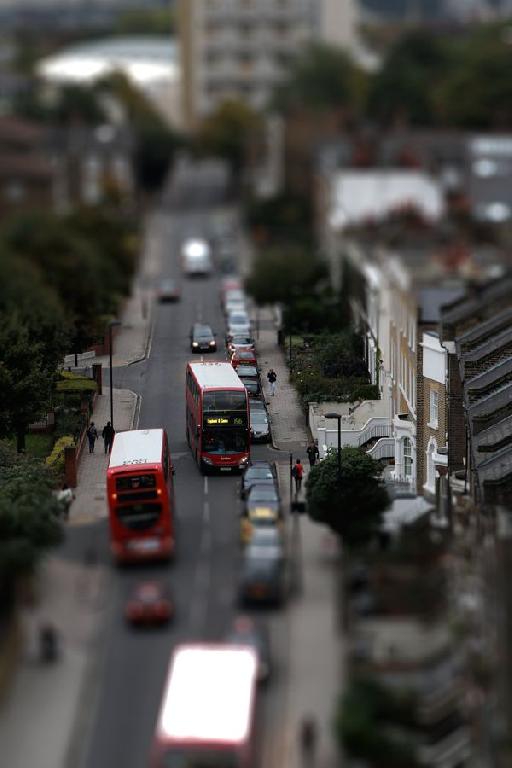 Here's the finished result, with a single tilt-shift region.

The new Blur Gallery lets you fake a blur you couldn't capture in camera with any lens. While the effect might be overused, used sparingly and subtly it can really add to an image. But be warned '" if you go crazy, you'll regret it. Eventually.