All Articles Photoshop
Creación de un efecto líquido de texto rápida y fácil en Photoshop
Toby Pitman on Wed, June 8th 1 comments
Language
In this tutorial I’ll show you how to create a quick and easy liquid text effect in Photoshop. The effect is very customizable within the layer style and I’ll also show you how to distort the text to

On the text layer reduce the ‘Fill’ opacity to 0%. This will make sense in a bit.

Now we’re going to add some layer styles. Click the ‘FX’ icon at the bottom of the Layer panel.
Lets start with some Inner shadow. This will give our text some shape definition. You can see that by reducing the ‘Fill’ opacity we now only see the FX. Enter the values in the image.

Paso 6
The next Layer Style is the most important and is the heart of the whole look.
The Bevel and Emboss layer style in it’s default state looks pretty dated and has been really over used in web graphics (think buttons!). It is in fact an extremely powerful and versatile effect when used properly.
Here are my basic setting for the Bevel and Emboss.

This produces a basic specular highlight. I’ve pretty much removed the shadow part of the effect to just leave the highlight.
Probably the two most important parameters are the Depth (set high) and the Altitude settings. The depth accentuates the effect while the altitude draws the effect away from the edge of the text. The altitude will probably have the biggest influence on the final result.
At the moment the effect is a bit bland. We need to make the specular highlights a bit more complex. We’ll do this by adjusting the Gloss Contour.

Click the icon by ‘Gloss Contour’. The default is a ‘Linear’ curve. The curve below is made by clicking on the graph to add points. Move the points to make a curve similar to the one below.
It can take a bit of practice to get this right and even the slightest move can radically change the final output. Move the points until you get a good result. Press OK.
This kind of curve produces a more complex, sharper specular.

Once your happy save your style by clicking ‘New Style’. That way you can use it again at any time.

Like I said the combination of different settings can have a big effect on the outcome. Here’s a slightly different setup. This produces a slightly bolder effect. The Fill is increased to 10% to lighten the overall effect. The Highlight blend mode is set to ‘Screen’ as well to give more of a plain white highlight (opposed to Linear Dodge(Add) which includes some of the background colors to the highlight). The curve is also slightly simpler.
I could save this as another Layer Style. For now I’m going to return to the one I had in Step 10.

Now I want to distort the shape of the text to make it look a bit more water like as at the moment it’s just too perfect. You can do this a number of ways (Liquify..etc) but the best result will come from using a Displacement Map.
A Displacement Map works with the Displace effect. It basically moves pixels based on greyscale values. Download my Displacement Map here.
This is a separate .psd file that was created using the Filter > Render > Clouds effect with some Dry Brush, Blur effects and Levels adjustments in that order.

IMPORTANT: This needs to be the same dimensions as you image!
Once you’ve made a map, save it as Displacement-Map.psd.

To use the Displace effect you’ll need to Rasterize you text to turn it into pixels. Copy the Text layer and Control+Click on the new layer. Choose Rasterize Text. Hide the original text layer.

The last steps which are a bit of a final touch is to add some faux refraction to the background layer. Refraction is the way water (or glass) bends light.
Duplicate the background layer and then Control+Click on the rasterized text layers thumbnail to make a selection from that layer. Select the Background copy layer and press the ‘Add Layer Mask’ button. 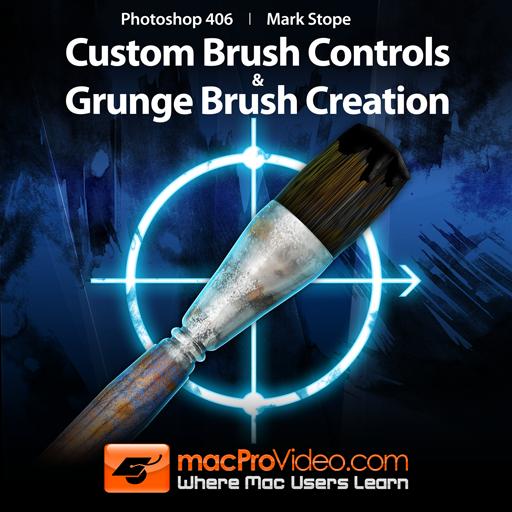