All Articles Photoshop
Creating Layered Images in Photoshop
Richard Lainhart on Thu, March 10th 0 comments
Language
Layers in Adobe Photoshop are a powerful, fundamental feature for creating complex images. In this tutorial, I'm going to introduce you to some techniques for creating and working with layers. You can

Layers in Adobe Photoshop are a powerful, fundamental feature for creating complex images. In this tutorial, I'm going to introduce you to some techniques for creating and working with layers.

You can think of a layer in Photoshop as a transparent piece of plastic on which an image is printed. If the image completely fills the plastic sheet and is completely opaque, then laying that sheet on top of another image will obscure the image below. But if the top layer contains an image that doesn't completely cover the sheet, or is partly translucent, then obviously some part of the bottom image will show through.

We're going to use this concept to create a floral collage from some pictures of flowers I shot around my home and at the New York Orchid show. Let's get started.

My master image will be this daffodil here - all the other layers we create will go into this master image, which will be the bottom layer of the collage. 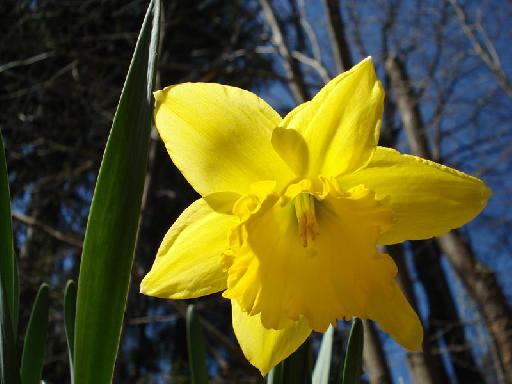 When I open this in Photoshop, you'll see that the Layer palette (which I've pulled out separately here) shows the image as the bottom or Background layer: 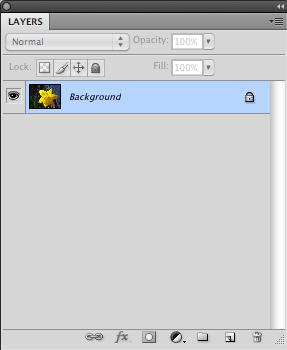 Any new layers I create will go on top, as the Background layer is always the bottom-most layer. But I want the daffodil image on top, with other flowers behind it, which means that I need to mask the daffodil out of its background. Masking is a deep subject on its own, but fortunately the masking we're going to be doing here is simple.

Because flowers tend to be brightly colored and strongly contrasted to their backgrounds, the easiest selection tool to use here will be the Magic Wand. The Magic Wand "picks up" pixels that you click it on, as well as any pixels nearby that are a similar color. Set with the Tolerance in the toolbar at the top of the window to determine how similar the pixels to be included in the selection will be.

Click with the Magic Wand in the daffodil image, and you see the familiar marching ants that represent a selection: 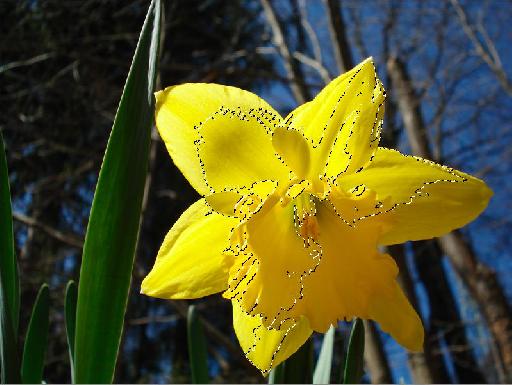 Next, add to the selection by holding down the Shift key and clicking with the Magic Wand in the daffodil but outside the already-selected area. Continue doing so until the entire daffodil, and only the daffodil, is selected: 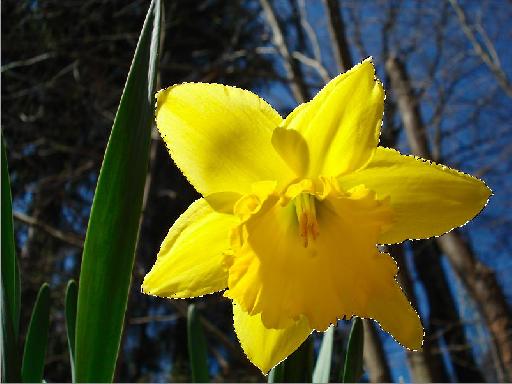 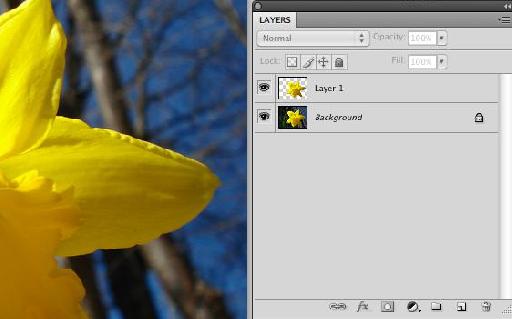 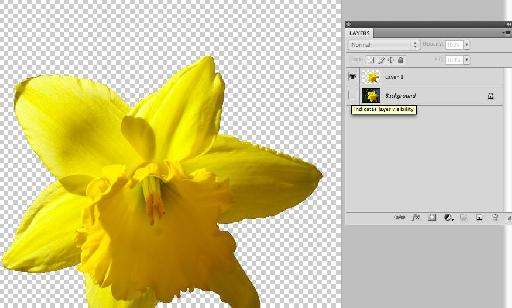 Now that we have our daffodil on a separate layer, we can add additional masked floral layers. As with the daffodil, use the Magic Wand to select one of the orchid images in another document: 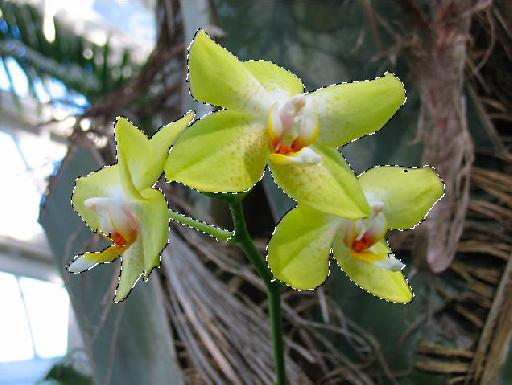 Again, copy the selected pixels and paste them into the daffodil image to create a new layer and add the new flower: 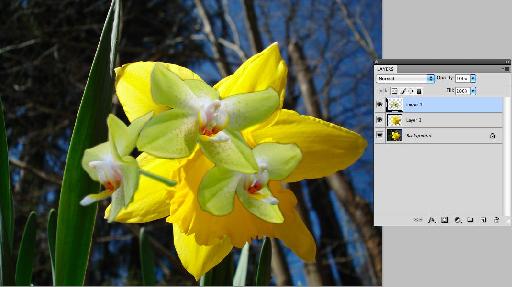 The new layer appears by default at the top of the layer stack, and so on top of the daffodil, but we want it behind the daffodil, both for aesthetic reasons and to hide the fact that its stems aren't actually connected to anything.

To do that, just drag the orchid layer in the layer stack so that it's between the masked daffodil layer and the background: (Once you get multiple layers going, it starts to get confusing which is which, so it's a good idea to name them. To do that, just double-click on the layer name and type in an appropriate name:) Now that we have the second layer, we can do anything we like with it - reposition it, scale it, brighten it up or even change its colors. Just make sure that the layer is selected in the layer list before applying the operation.

And that's basically it - you can continue the process indefinitely, masking and adding new layers until the composite is as dense and complex as you like: 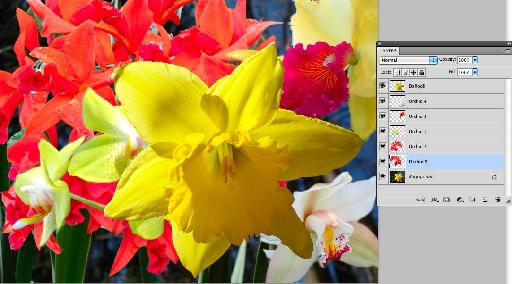 There's a lot more you can do with layers, of course, but this will certainly get you started. So have fun with layers!

Want more tips on layers, photo manipulation and other Photoshop techniques? Check out the Photoshop 101 and Photoshop 105 tutorials.