All Articles Photoshop
Lighting Effects in Photoshop CS6
Iain Anderson on Thu, September 6th 1 comments
Language
Have an enlightening experience with Photoshop CS6's new lighting filter… Iain Anderson demos its finer points and discovers how awesome and easy it is to use.

You might have read something about the new Blur Gallery, including new Tilt Shift and Iris Blur effects. In fact I hope you did — I wrote about it here! Something similar exists in Photoshop CS6 for the Lighting Gallery, reinventing an old feature with a fresh UI and making it much easier to use. (In fact, you may have never seen the old Lighting Effects filter. It didn’t work in Photoshop CS5’s default 64-bit mode on the Mac.)

Before we begin, I should say that it’s not normally a wise choice to simply “fix it in post”. If you can capture the shot in camera, do. But should a light fail or be improperly positioned, it’s not a disaster. You can, in fact, add a degree of realistic lighting after the shot’s been taken, in quite a similar way to adding a blur. And as with the blurs, the more you try to get away with, the less realistic it looks. Overdo it, and it’s clearly false.

As with any filter, you should turn your target layer(s) into a Smart Object before applying it. That way, you can target multiple layers without flattening them, you can change the filter settings after they’ve been applied, and you can mask out the filter where you don’t want to apply it.

This is what a Smart Object should look like in the Layers panel.

Choose Filter > Render > Lighting Effects to bring up a whole series of panels that let you control which additional lights you’d like to add to your image. By default, a spotlight will be added; quite a strong one too. The controls here work in much the same way as the Blur Gallery did:

While in this mode, you can’t resize the window or enter full screen mode, so use Command-plus a few times to make the image and window larger, then Command-Option-minus a few more time to make the image — but not the window — smaller. Now you can manipulate any controls that fall outside the window. Some kinds of realistic spotlights need to be much larger than the image itself.

The image may need to be smaller than the window. Move the controls around until your image is well lit, and when you’re happy, press OK in the (different) Control bar at the top. You’ll now see a Smart Filter applied in Layers, A Smart Filters Mask which you could paint black to remove part of the filter, and an eye next to that Smart Filters mask with which you can flick the whole effect on and off.

Double-click on the Lighting Effects text in the Layers panel to re-enter the Lighting Effects mode. You can change anything you like, including a range of settings in the Properties panel that the on-screen controls can’t touch: Colorize, Gloss, Metallic and Ambience.

How to add more light? Look to the top left corner, and click on one of the icons to add another Spot Light, a Point Light, or an Infinite Light. A Point Light brightens an area, and has a draggable green edge. An Infinite Light points in a direction, and offers a draggable 3D control — probably of more use when working with 3D objects.

Choose a preset or add a new light from the top left.

What else? If a light has gone a little wrong, Reset it using the button just to the right of the buttons that added new lights, in the top left. And if you’ve added too many lights, turn them off or delete them entirely using the controls in the Lights panel at the bottom right.

To get a good idea of some of the capabilities, try some of the presets, like Circle of Light, found in the menu at the top left. They might not be realistic, but they show what you can do. If you want to tweak the lighting in a single shot, you’ll probably be best served by a couple of simple, subtle, white spotlights.

As with many features in Photoshop, a quickly-dismissed option can be used to good effect if given a chance. Just because you can use five infinite lights in rainbow colors doesn’t mean you should. Next time you’re tempted to add localized light with a quick adjustment layer, give Lighting Effects a go instead.

The original image, before any Lighting Effects.

After a single spotlight was added. 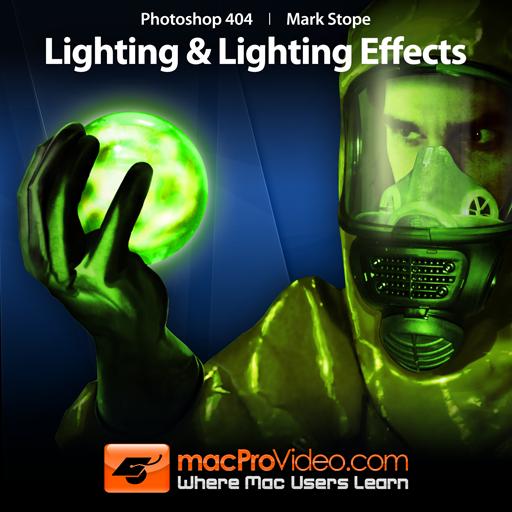 Dream It. Do It.
Do you want to learn Lighting & Light Effects?
Yes, I want to learn!
No Thanks, I just want to read the article.
Feedback
How are we doing?
We'd love your thoughts, feedback and questions regarding our new site. All feedback is appreciated!
We do not respond to this form! If you need support, please visit our support page.
Thank you for your input!
Your message has been successfully sent
Course Advisor
Don't Know Where To Start?
Ask A Course Advisor