There are some excellent new tools in the Photoshop CC 2015.5, which was released in June 2016, but right now I’m just going to spend time with one of them—the new Select and Mask tool(s). This ‘workspace’ (I can’t call it a tool since it’s a series of tools) is really awesome and has made real advances since its cousins Quick Select and Refine Edges first appeared in CS5. These series of tools are best for removing a complex image from its background. Hair and plant life come to mind as perfect examples.

Similar to Quick Select and Refine Edges we start out by using the Quick Select tool, which is located on the same icon space as the Magic Wand Tool (but I’m sure you already knew that).

I’ve used a picture of a friend’s daughter, Madeleine as an example since her wisps of hair would be hard to silhouette with previous versions. Starting with the Quick Select tool and working from the center of the part of the image I’d like to silhouette out, I’ve quickly isolated Madeleine from the background. (Image 1) Like before, to refine the edges I’ve clicked on the Select and Mask Tool, top left. (Image 2)

This is where all similarity to previous versions stops. As you can see, clicking on that not only brings up the palette you are familiar with on the right, but also brings up a new series of tools on the left.  You’ll notice that the Refine Edge brush is automatically selected. (Image 3)

I changed my view mode to black from the onion skin I’d been working on to be able to see the fine blonde hairs better. (Image 4) Now I use the Refine Edge brush to go over the edge of my image. You see how it picks up the fine wisps of hair and adds them to the image. (Image 5) You may be working on the right-hand side of the image, but you’ll notice that both sides are being affected by your moves. Photoshop is learning which colors to save and which to eliminate. The more you refine the selection, the smarter Photoshop gets and the edges begin to look better and better. 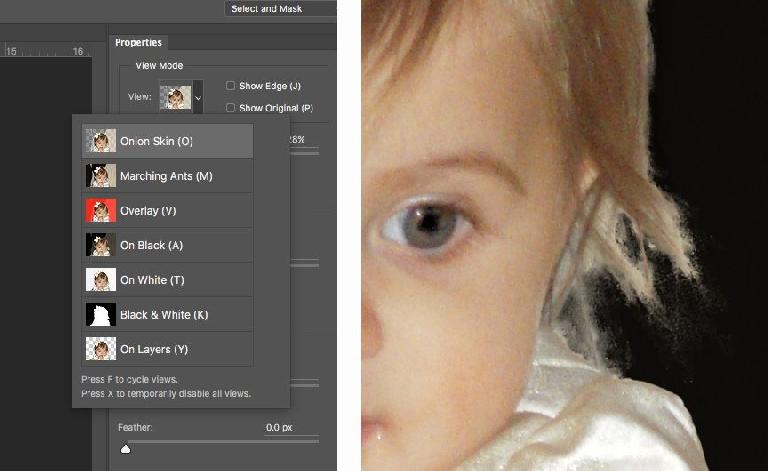 With hair, it’s sometimes better to up your radius to 1 to capture a little more of it. I didn’t have to do that this time since my background was pretty much a uniform color and Photoshop could easily tell the difference.

There is one further step to do to enhance the effects. Simply click on the Decontaminate Colors button on the bottom of your right hand palette and notice that this reduces the fringing around the edges. (Images 6 & 7)

We are now ready to output. Right under the Decontaminate Colors radio button there is a drop down—Output to:. I like to output to a New Layer with Layer Mask as this will allow me to further enhance my image if necessary.

To see how well we’ve done, let’s take this layer mask and throw it over another image. I’ve used one of the sandy beaches along the Hudson as an example. (Image 8) I can see areas to clean up within my mask but for the most part you’d never know that Madeleine wasn’t on the beach with me. 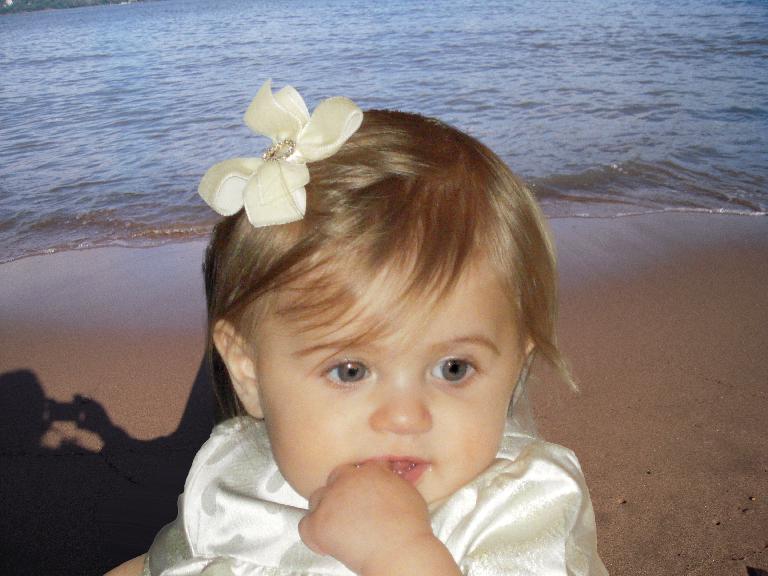 To further see how far this new set of tools has come, let’s do a side-by-side comparison with CS6.

I used the Quick Select and Refine Edges on this flower in CS6 (which I still have on my computer for times like these). (Image 9) I let Photoshop ‘learn’ as much as it seemed to be able to differentiate the purple flower from the background. (Image 10)

I then did the same thing in CC 2015.5, plus I used the new adjustment palette to further fine-tune the image, once again allowing Photoshop to learn the subtleties between foreground and background. I then decontaminated the colors and made a layer mask. (Image 11)

As you can see in the side-by-side comparison against white, Photoshop CC 2015.5 was able to better pull apart the differences between foreground and background. In fact, maybe it went a little too far. But before we judge that, let’s put both layer masks against the same image to compare. I just used some greenery as a background and first put the CS6 image over it. (Image 12)

On close inspection you can see that it didn’t do a very good job of pulling out the background as there are still very distinct green stems and areas inside the flower that it wasn’t able to pick out.

Now here is the CC 2015.5 version. (Image 13) We might have thought it went too far when we saw it against white but over greenery it looks pretty good. I almost would not know that the image was silhouetted from a different photo, although I can see areas I’d like to go back and fix further (inside the flower to the right, for example). 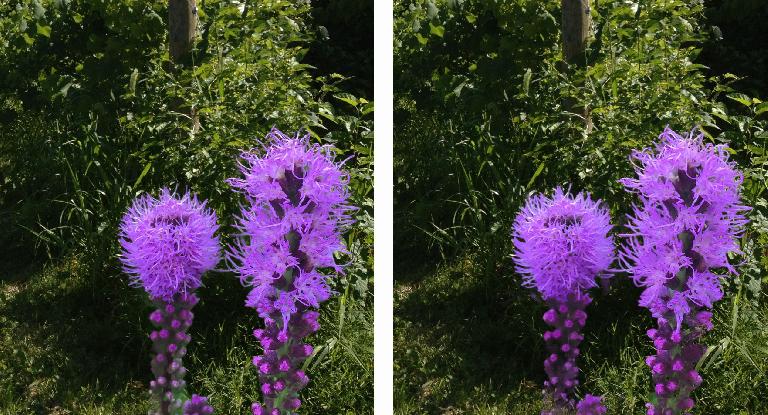 And since it’s a layer mask, I can do just that.

I duplicated my layer mask layer in case I needed to revert to it and then went through the process again to get rid of more background. (image 14). Now let’s put these 2 images next to each other. 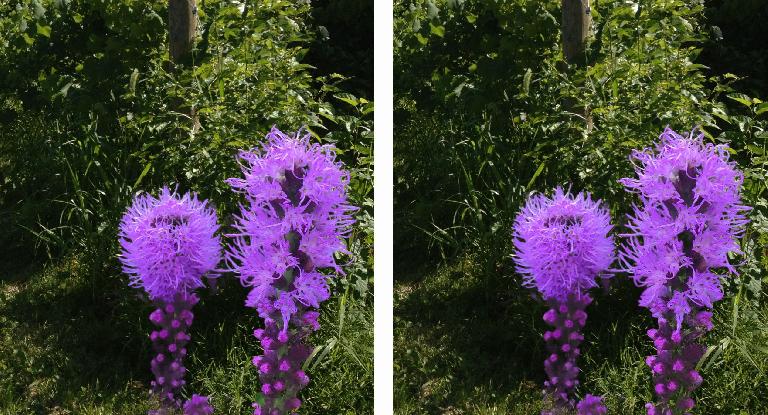 As you can see the more you play with it, the more it learns and the more subtleties it will pick up. In order to get delicate edges this good before, I would have had to match the hair or plant color and used a hair brush or a flower brush that I’d downloaded from a third party (not always a smart thing to do) to draw in the missing wisps.

I can’t help but think that Photoshop is getting better and better with every generation. And if you, like me, were blown away by this dedicated workspace, I have a feeling we haven’t seen anything yet.

Dream It. Do It.
Do you want to learn Selection & Masking Techniques ?
Yes, I want to learn!
No Thanks, I just want to read the article.
Feedback
How are we doing?
We'd love your thoughts, feedback and questions regarding our new site. All feedback is appreciated!
We do not respond to this form! If you need support, please visit our support page.
Thank you for your input!
Your message has been successfully sent
Course Advisor
Don't Know Where To Start?
Ask A Course Advisor