All Articles Reason
Better Drum Loops with Polar in Reason 6.5
G.W. Childs IV on Wed, August 29th 0 comments
Language
Most Reason users become Reason fanatics, and with good reason (pun intended)! Now that 6.5 has arrived, don't pass by the excellent Polar rack extension by Propellerhead'¦ use it on your drum loops.

For years, anytime you needed to add a little complexity to anything, you'd just add a little delay, or echo. After all, if you add a repetition of a beat that occurs within two already complicated beats, you get something that can not only create a groove, but blow some people's minds, right?

Reason, with its recent release of 6.5 and all the Rack Extensions from various companies brings about a slew of possibilities that, frankly, were not there before. But, with so many devices coming into your rack at once, it's safe to say that you may have missed a few possibilities with some of the new devices. Especially, devices that Propellerheads threw in. No one usually thinks much of the freebies... In this quick tip, I'm going to show you why you should.

Polar is labeled as a pitch shifter, but it's through digital delay that the pitch shifting actually occurs. This makes Polar an excellent choice for drums because it's possible to add in the complexity of echo and the pitch shifting promised all at once. The end result is creating a loop that sounds much fuller and bigger than before.

Let me show you what I mean...

Step 1- Create a Dr. Octo Rex and a Polar 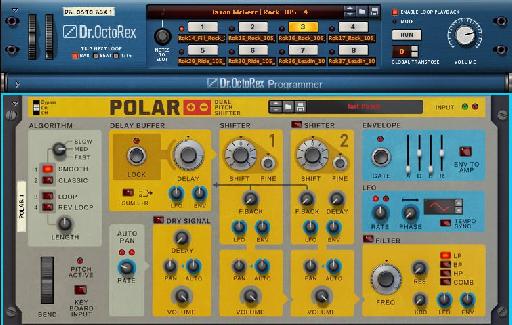 If Polar does not read '˜Init Patch' up at the top, Control-click (or right-click) on it and choose '˜Reset Device'. By resetting Polar, we're able to ensure that settings set up by a well meaning patch designer don't get in our way.

Next, go ahead and hit the run button on the Dr. Octo Rex so that we have a signal going through Polar.

What you're hearing currently is the signal as it's being processed, let's add in some of the dry signal by pressing the Dry Signal button... 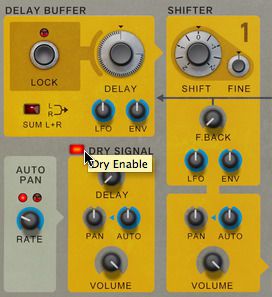 Step 3- Get the Timing Right!

You'll notice that as soon as you enable the dry signal, what was playing before sounds a little bit off. This can be adjusted by switching the default algorithm, which is Med, to Fast. Don't bother with it though, we're going to use the Delay Buffer and the Shifters to fix this for us in a way that's more rhythmic.

Here's what mine sounds like right now, before any processing starts. 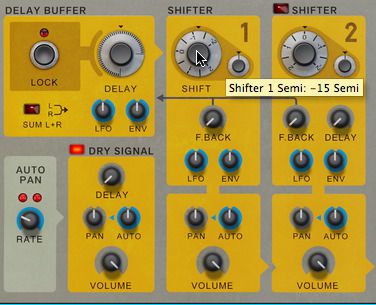 This, clearly, doesn't fix the bad timing. To fix the timing, I'll adjust the Delay on the Delay Buffer to 516 ms. Keep in mind that depending on your tempo, it might be a different number. If you'd like to go with my tempo, it's 80 BPM. 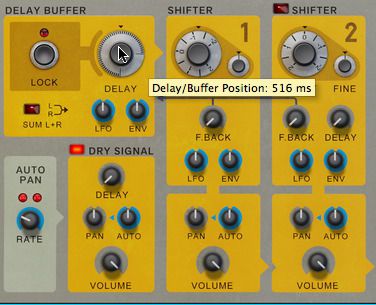 Now, everything is rhythmic, and we have some neat pitching... But, let's add some more! I'll enable Shifter 2, and set the Shifter knob to 12 Semitones. I'll also set the delay on Shifter 2 to 258 ms. 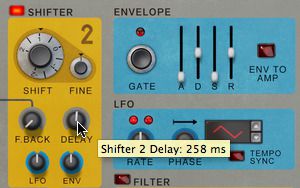 It's almost a completely different drum beat, and it sounds like several new drums have been added! This is just one of the ways Polar can really assist in coming up with some variations of stock loops, or even drum beats that you think are missing that '˜something'.