As you launch Reason 6 for the very first time, and begin to get acquainted with what was once Record, I thought I'd take some time to drop a line to those of you who have never used Record at all.

Why? Because there are a few things that you might want to be aware of in terms of routing, as you move forward into the new world of Reason 6.

The bit of confusion, for those of you who were always Reason purists, and never picked up Record, will be the way audio is routed into the main mixer. Remember, all of us '˜Old School' Reason folks were always accustomed to making a mixer, then our instruments, etc. It doesn't work like this anymore!

As a result, there is one device that you will want to get very familiar with very soon: The Mix Channel.

In this article, I'd like to run through a few tips to get you going with this new Reason device and why it's your friend.

As you know, Reason has tons of devices with multiple outputs. With this in mind, when you get cracking with Reason 6 you're going to want to use those multiple outputs the way you always have. But how do you get them to the new mixer? 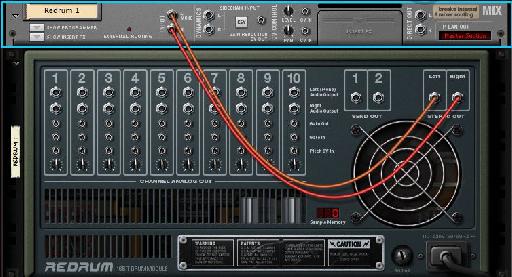 Since we want more than one Mix Channel, let's create another: if you right-click and select Other > Mix Channel, another Mix Channel that is not hooked to anything will be created. 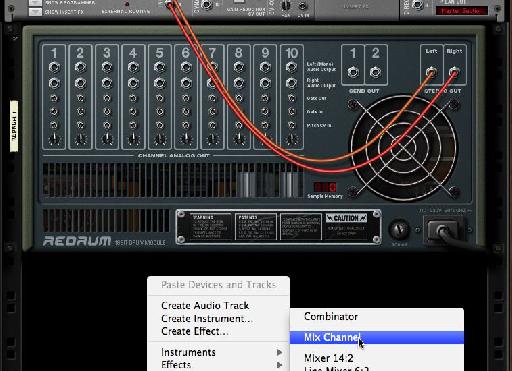 Now that you have a Mix Channel that is not being used, hold down the Option key and drag the mix device down. This will create a new mix device for you. Repeat this step 10 times.

Next, route Channel 1 Left from Redrum to the first unattached Mix Channel. A left cable to left cable input will force a stereo pair. You can also use the Right-click trick to route things. 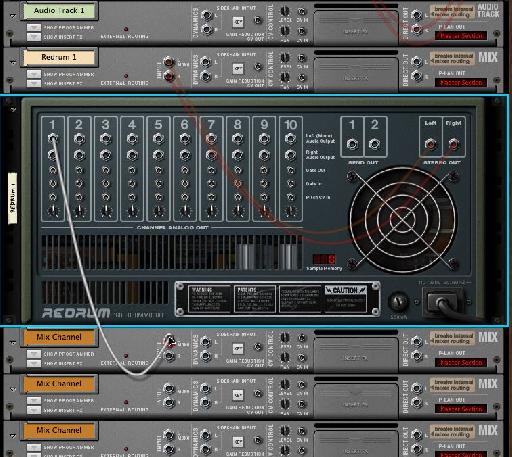 Drag a stereo out from Channel 2 on Redrum to the next Mix Channel. You'll need to repeat this for all the Mix Channels and Redrum outputs.

To make this easier, you may consider condensing each Mix Channel devices. 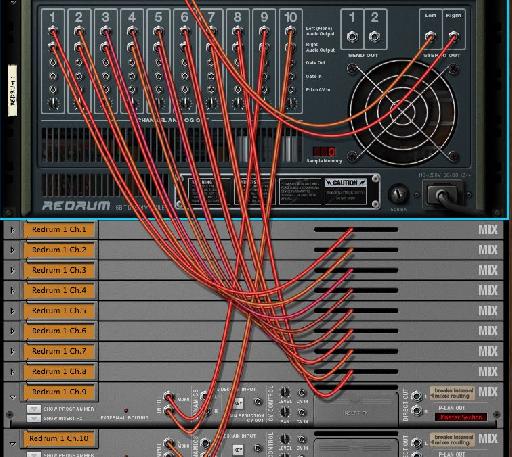 When you go to the mixer page of Reason, you'll have 10 discrete channels of Redrum to work with as you see fit.

Keep in mind: you may need a little time to get used to the new ways of working within Reason 6. But believe me, there's a lot of power there so don't get discouraged by a few new procedures!

Learn more about Reason 6 with this massive range of Reason 6 tutorial-videos!