All Articles Recording & Production
5 Ways To Add More Low-End To Your Mix
Mo Volans on Wed, March 20th 1 comments
Language
Making your mixes fatter (in the low-end section) needn't involve overzealous use of plug-ins. Mo Volans shares his experience with these tricks for deepening the rumbles in your mix.

To some people I speak to, adding solid low end to sounds still remains a bit of a mystery. I see all sorts of crazy processing applied chasing that hit of deep bass when in reality less is often more.

This said there are a few tricks you can use to maximize your chances of extending a sounds low end reach. Let's take a look at few of these techniques now.

Probably the most straightforward thing you can try here is layering a secondary sound that contains more low frequencies. If you are working with MIDI, this is extremely easy and often requires nothing more than a copied MIDI part and the creation of an appropriate bass synth. 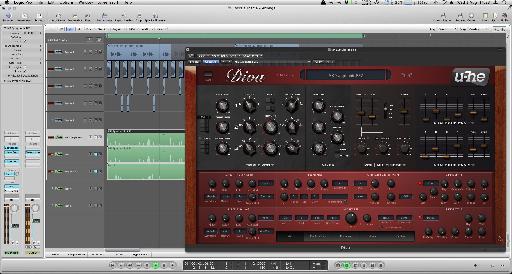 A sound that needs some low-end energy.

Our sound that needs a bass boost:

If you are working with audio, it may not be as simple, but in many DAWs you can extract notes from simple monophonic recordings (such as basslines) and apply this new data to a secondary instrument. Alternatively, get back to the drawing board and record a new low end part!

A second layer is added to help out.

The second sound is introduced and low end harmony is restored:

A firm favorite of the beginner is the magic bass maximizer. I wouldn't recommend this in every case, but if your sound already has half decent low-end extension and you are just looking to enhance it, then this route may be for you. 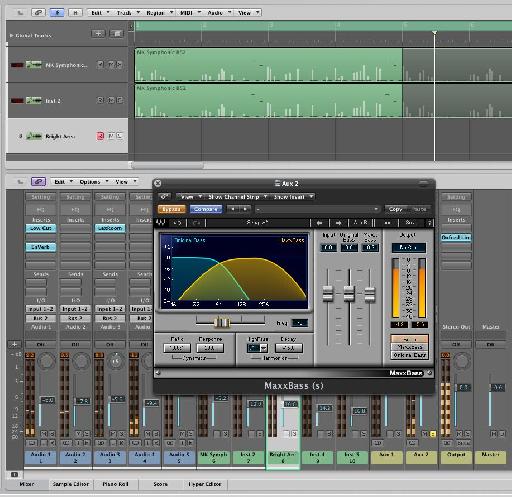 Waves MaxxBass can be used to extend perceived low-end.

I find that these enhancers can work well on drum groups that already have decent punch but just require a little push. The beauty of psycho-acoustic processing is that it often leaves the level of your sound relatively untouched, where other forms of processing might add several decibels.

The same drums with MaxxBass applied:

Perhaps the most tried and test method of adding low end is cranking the bass frequencies of just about any EQ. Again, while this can work wonders on sounds that already contain some low end you can also end up coloring your audio, adding distortion and even faults if over used. 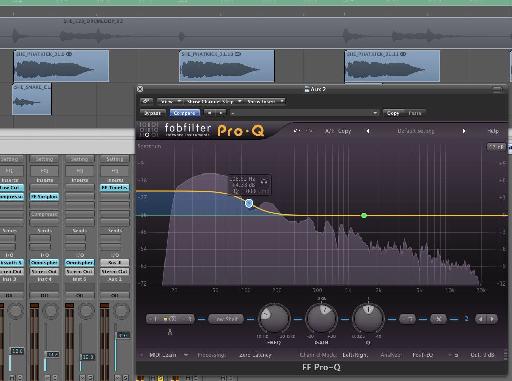 Some straight up low-end EQ being added to some audio.

Tread carefully here and try and use the best EQ you can lay your hands on if you plan to get heavy with the decibels. There are probably better options but a touch of low end from a solid linear phase or Pultec emulation can work in some cases.

A better (and lesser known) option is to actually attenuate some frequencies from your sound to boost the low-end, namely the high ones! By concentrating on the frequency range you don't want present and reducing it in level with subtractive EQ, you can then boost the whole level of the sound and increase low end presence. 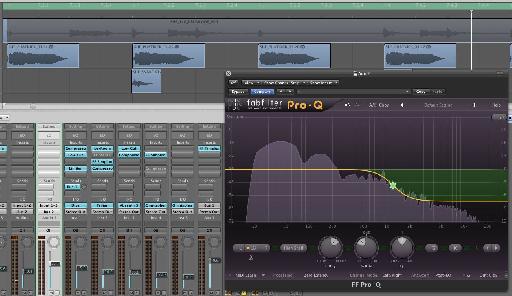 Reducing high frequencies can be the more intelligent approach.

Not only will this make you look extremely clever and make you feel a little smug but you will end up with a more direct sound due to using less processing. You owe it to yourself to try it.

If all else fails, then take a step back, scratch your head and think about the sounds you are using. Nine times out of ten, lack of low-end means that either your sounds are clashing and creating a confused low end mix or the sounds themselves lack low-end energy. Either way, changing them will often fix the problem.

Solid sample selection is key when it comes to a good low-end mix.

Try spending more time picking and mixing your sounds than processing them. You may find that some very care, critical selection will result in a mix that needs little to no extra processing.