All Articles Review
8 Awesome Free Audio Plug-in Synths for Mac Musicians
Mike Watkinson on Tue, January 1st 3 comments
Language
It's that time of year - your wallet rinsed by the holiday season, and nothing inspirational under the tree. So, find yourself a bargain or two, and maybe reinvigorate your inner composer...

It's that time of year - your wallet rinsed by the holiday season, and nothing inspirational under the tree, it's time to head out and find yourself a bargain or two, and maybe reinvigorate your inner composer. Happy New Year! 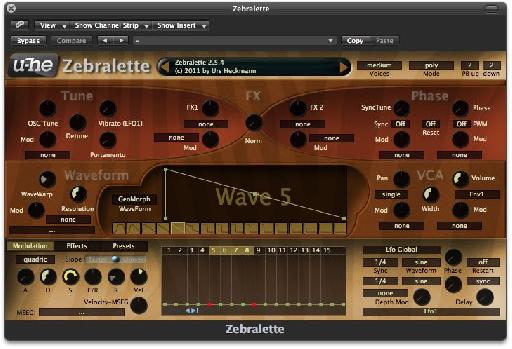 A '˜taster' version of u-he's Zebra2 synth, Zebralette has one oscillator (to Zebra2's two), two LFOs, multi-stage envelope and on board effects, but that's just what it says on the website! What I like most about Zebralette is that it has a superb '˜in-yer-face' analog sound unlike anything that comes built into your DAW, and an interface that helps you understand what is going on, rather than a swarm of meaningless knobs (although it has some of those too of course!)

Alchemy Player comes with 1 GB of free samples organised into 200 free instrument presets, with a heavy emphasis on the '˜evolving pad' approach. These can be tweaked via two X-Y pads and eight '˜remix' pads, and if you own Alchemy Mobile you can remote control Alchemy Player from your iPad. 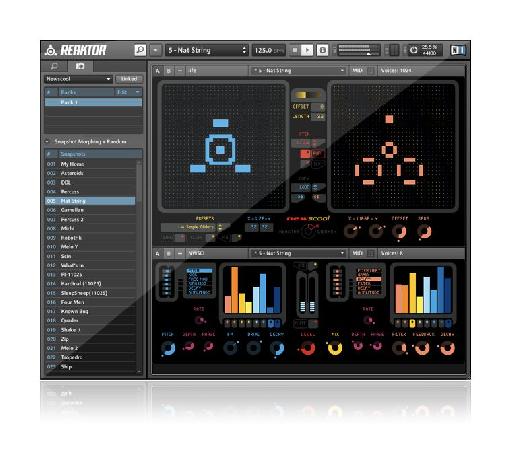 The full version of Reaktor comes as part of Native Instruments' Komplete, but you can sample the power of Reaktor's modular approach to sound generation by downloading this free Player. Make sure you also download the free Factory Selection which includes three free instruments, but for some reason isn't spelt with a '˜k'! 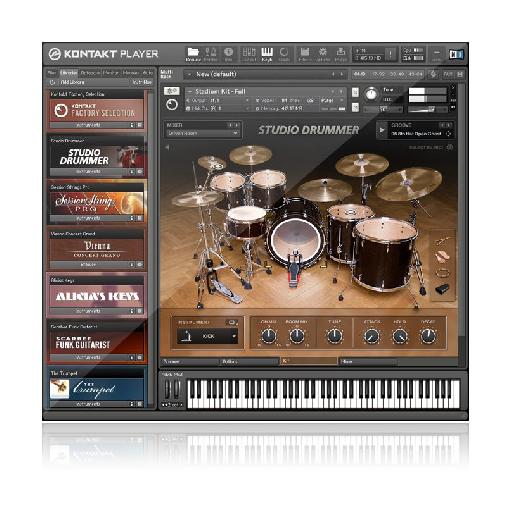 The free version of NI's industry standard sample player. You will also need to download Factory Selection, which is the free 560 MB sample library, also mysteriously missing a '˜k'. 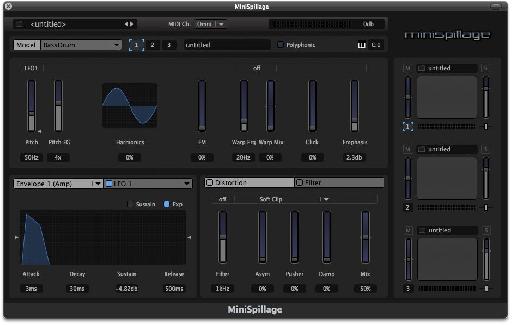 Three drum pads, three synthesis models, MiniSpillage is a percussion synthesiser designed to tempt you to buy its big brothers, Elektroid and DrumSpillage. 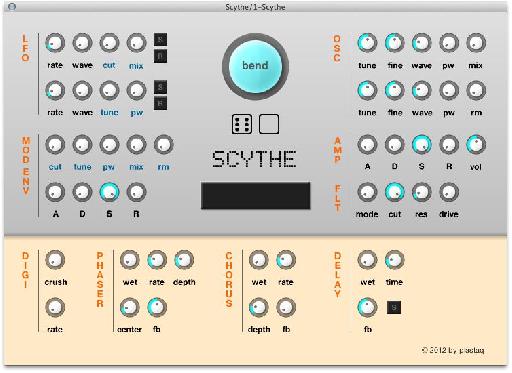 Just to balance the books - a VST only synth that uses '˜grain manipulation' (does this mean you can morph between wheat and barley in real time?) and has given rise to the GrainBender app for iOS. Love that sexy UI! 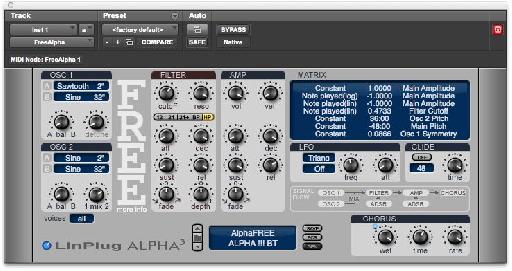 Linplug make some great synths, used by tweak-gurus such as Vince Clark and Rob Papen. To dip your toe in the water get this free versions of Linplug Alpha 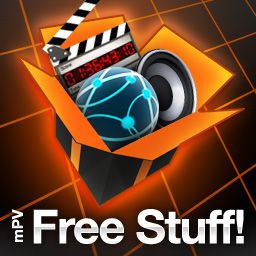 Do you have any more free synths you'd recommend? Share them in the comments below...