There's a world of difference between different shooters. Some wouldn't blink at a tripod costing several thousand dollars on a set with several assistants, and others blink hard at spending over a hundred with only themselves for company. This article is firmly aimed at the one-person film crew, with a single bag, trying to make movies worth watching using their Blackmagic Cinema Camera. What do you need, and what's optional? To be clear, this is not a guide to how to rig a BMCC for use on set. This is a guide to what tiny productions need to shoot on real locations.

Right now, the only camera Blackmagic make has a Canon EF mount. (There's also a micro-four-thirds '" MFT '" model that's been announced but is not yet shipping.) You will need at least one lens to get started, and probably a fast, wide lens will be handy. Why fast? So you can shoot in lower light. Why wide? The 2.3x crop factor makes everything just a bit longer than you might be used to on a 1.6x crop sensor camera like the EOS 7D; if you're shooting inside on location, you'll want something quite wide. Luckily, there are a few wide angle lenses out there which could be handy:

I don't actually have either of those lenses; I tend to prefer a tighter frame. Even if you have a wide lens, a mid-range zoom with a constant f/2.8 is a great workhorse lens for a minimal kit. Choices include:

You'll want a stabilized lens if you're doing any hand-held work at all, so for a minimal kit, I like the Sigma. 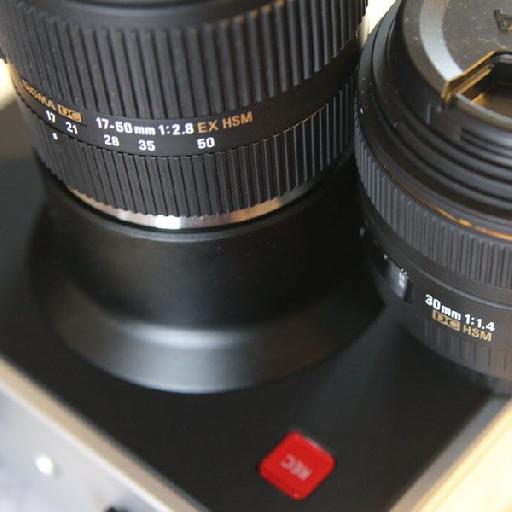 What else? Lower light work needs a really fast lens, f/1.4 or f/1.8. My old Nifty Fifty Canon 50mm f/1.8 is just too long for my tastes on this camera, so I've gone for the Sigma 30mm f/1.4, and I love being able to see in the dark. At night, I'll happily push to ISO 1600 and even a 360Â° shutter angle for the brightest image possible, and it's certainly good enough for my needs.

With the crop factor, telephoto is easy. I have an older Tamron 28-75 f/2.8, and there are plenty of good choices which will get you very close to the action. Stabilization helps, and Canon have plenty of options here.

Grab a 240 GB drive from Blackmagic's approved SSD list. I use the Kingston SSD V+200, which can record for about 2.5 hours. To guard against hardware failure, a second SSD isn't a bad idea, though some brave souls have shot direct to 2.5' spinning disks. One other option on set would be to use a Thunderbolt cable to record direct to a Mac laptop from the camera with the included Media Express app. 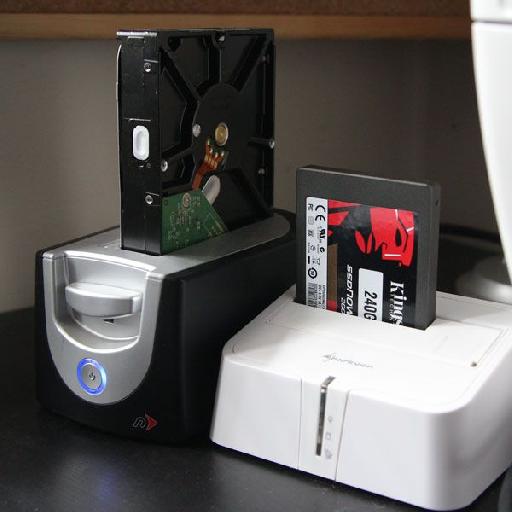 Two hard drive docks, one with a big spinning disk and one with an SSD.

Once it's in your computer, a hard drive dock (eSATA and/or USB3) and a bunch of big dumb internal hard drives (2-3TB each) will keep you going. Make sure your footage is in at least two places while you're working on the edit.

No rigs. This is a minimal kit, and once you add a rig, you've added a ton of weight, complexity and cost. Grab a flexible, tough-but-cheap tripod, and keep the fancy camera moves to a minimum. 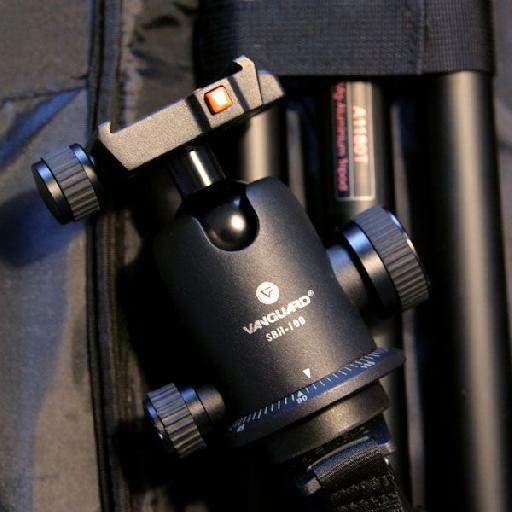 A ball head from a Vanguard and the flat legs from a Benro.

I like both the Vanguard Cine Alta 263 AT (for interesting camera moves) and the Benro 1810 (as a travel tripod). Beware of cheaper tripods, though; the Blackmagic is 2kg (4.5lbs) all by itself.

If you're a one-person band, you're probably not planning on lugging a heap of lights around. Grab a couple of CN-160 LED lights from your favourite internet retailer. Under $50 or so, these run on AAs or old Sony/Panasonic batteries and are bright enough to dazzle people. 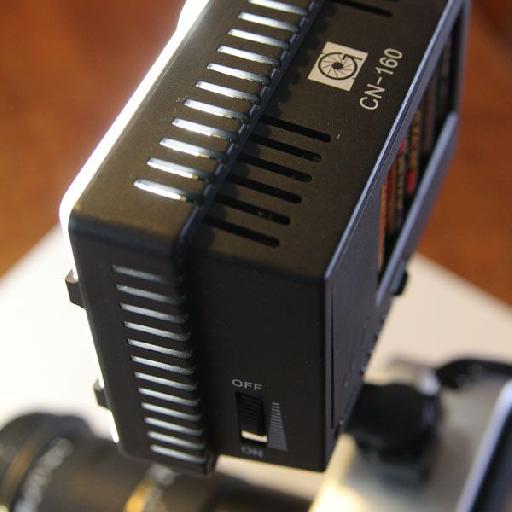 Grab two and make use of practical location lights for the rest. Even just one light can fill in a face nicely.

If you want the best, get a pre-amp to sit between your microphone and your BMCC. But you're really into rig territory now, and beyond 'minimal'. For interviews, I go direct from a (wired) RÃ¸de Pinmic into my BMCC, but many other mics could be fine too. Keep the input levels down around 20% to minimize audio problems. 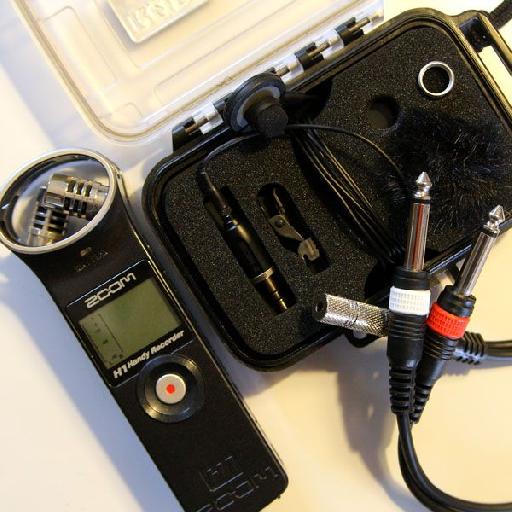 For a backup, a Zoom H1 is easy enough to clamp onto something in the nearby area; just remember to turn it on. Sync it in post if your lapel mic fails.

If you're only going to shoot for an hour at a time away from power, you could perhaps get away without an external battery. Everyone else needs a power solution, but they don't need to keep it connected all the time. My recommendation is for a V-mount battery, mounted in a bag that can sit on your belt for handheld work, hang below a tripod, or simply connect while not shooting. Connect the cable from the battery to the camera and it'll charge, in use or not.

I use a battery and charger from Globalmediapro (supplied for review and testing) which works well. They also provided a right-angle cable to convert the battery's on-board D-tap (aka P-tap or power tap) to the camera, meaning you don't need a separate mounting plate.

The latest MacBook Pro with Retina Display is excellent. If you get a Seagate Backup Plus hard drive, you can use the removable back of the drive to mount the BMCC's SSD directly, for instant client approvals and in-field backups. 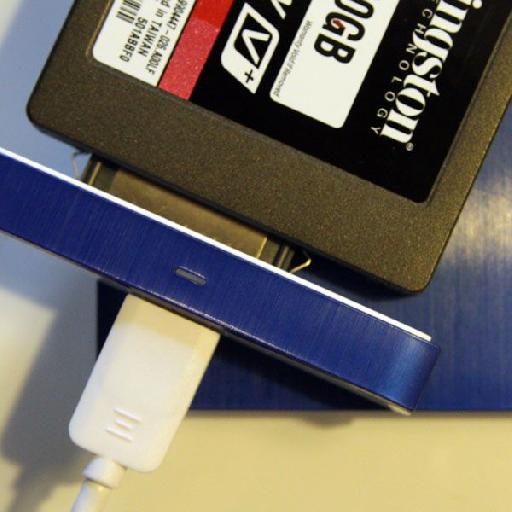 Use the end of a Backup Plus (nÃ©e GoFlex) drive to connect your SSD in the field.

An audio cable will be needed to convert a lapel mic's minijack to a pair of balanced 1/4' jacks, so head to your local music store. I also have a couple of cold shoe adapters mounted to the top of my BMCC with 1/4' grub screws. 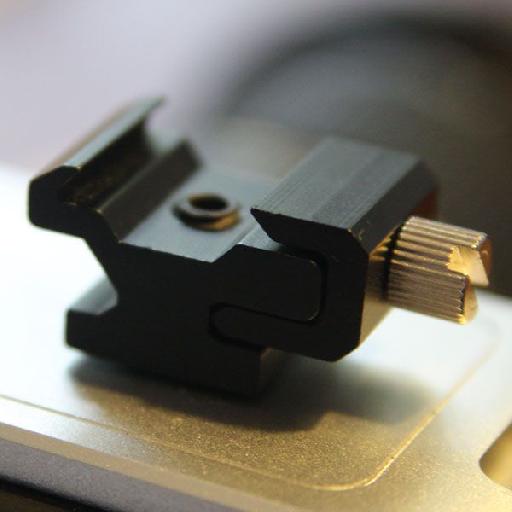 Rigless mounting to the rescue.

Very handy for mounting an LED light or an external microphone. A clamp with on-board tripod screw is another great idea for holding a light in place without additional stands or helpers. A (potentially very) cheap variable ND filter will let you shoot in bright daylight, and could save you on a sunny day.

After gathering all this kit, I needed a good way to store it all. A Lowepro Pro Runner x350AW bag now holds the lot, along with my laptop and an iPad. One bag to hold it all.

With wheels, because all this stuff is heavy, and backpack-style straps, because sometimes life gives you stairs.

All this gear is just about enough to get a whole heap of jobs done. No crew, no set, just you and your subject(s). There's always something else to spend money on, but the trick is finding an efficient way to comfortably do the job properly. I'm not a proponent of being lazy on location and fixing it in post, but it's certainly easier to fix imperfect lighting with the 10-bit color of the Blackmagic in ProRes mode.

In many ways this is an extension of a kit you might use with a DSLR, but the extra weight, SSDs and power requirements are worth considering. While it's not true that you need to spend thousands on a rig and other accessories, you'll have to spend at least an extra few hundred dollars on power, SSD and possibly wider lenses. It's not hard to get your head around, and it's great fun to shoot with. Good luck!