There are so many programs for music these days that we forget, for a while there, there weren't that many programs at all. It's hard to imagine now! I remember when there were only a few different programs to choose from. There was Cubase, Cakewalk, Pro Tools, Logic, and a few more... But, it wasn't like it is now. Not by a long shot.

It was during that time of very little choice that Fruity Loops showed up, around 1997. In fact, it showed up a couple of years before it's primary foe, Reason.  And, though it wasn't nearly as polished as it is now, it was amazingly cool at the time, and has continued to grow into something even cooler. But, before we go there, let's talk about the past just a little longer.

For many, and still to this day, music hardware was prohibitive due to the cost. FL Studio really was one of the first to offer a full music solution that did not require any form of hardware. It was light on the processor, just like it is today. But, one thing that separates Fruity Loops from the rest of the herd is that it was much closer to a tracker-style sequencer on initial release than the rest of the software choices. This, I feel, resulted in some amazingly talented people getting into music that may have never, had it not been for a Fruity Loops. It had, and to this day has an interface that really appeals to everyone... Not just people that have experience with hardware. It's built upon simple, pattern-based song creation, but gets as advanced as you want to.

Now, let's put down the history book and see what FL Studio (the current name of Fruity Loops) is like now.

I bought my Fruity Loops license a long time ago, probably around 1999. So, when I was asked to write this review, I was a little nervous to know whether my license would still carry on up to 2013. And, with any other company, I would've just said, 'Forget it'. But I did remember that one, crazy nuance with FL Studio... Lifetime, free updates.

Guess what? This still remains true. I was able to update to FL Studio 11. It's truly amazing when a company sticks to something like free updates. But, what's even crazier is that it still installs just as fast as it used to. Installation went very smoothly on my Bootcamped iMac.

But, remember, I'd only installed the demo. Now it was time to login and see if I was still able to unlock FL Studio with my ancient license. After remembering the password I made so long ago... Boom! I was able to install my reg_key, just like the good old days.

And, now for the intimidating part... The part where all the installation is out of the way, and there's nothing holding you back from making music!

I was actually amazed to note how much the loop and feel of FL Studio has not changed. This isn't to say that the program hasn't been updated dramatically. But, Image-Line has done an amazing job of keeping FL Studio familiar. So, if you've been away for a while, like me, it's easy to begin reconnecting the dots.

Even the original kick, snare and hi-hat and so on that made up the original starting template were right there, just like the old days. I started making a bouncing, baby techno beat up until the point where I knew I needed '˜something else'. Like Ableton, FL Studio has a browser that has a default position on the left hand side of the screen. I started to root around for some of the new devices, or generators being advertised for version 11.

The first on my list was the new BassDrum plug-in. I'm a sucker for drum creation, and I've always loved FL Studio for the massive amount of options it gives for making your own drum sounds. I'm happy to report that BassDrum is an incredible new addition to a long legacy of amazing drum creation possibilities. It goes way beyond simple '˜click, click' techno drums, and can be as big, warm and huge as you want it to be. You can also use it to layer drums. Find a particular sample that you like, and build up the rest of the drum with BassDrum. 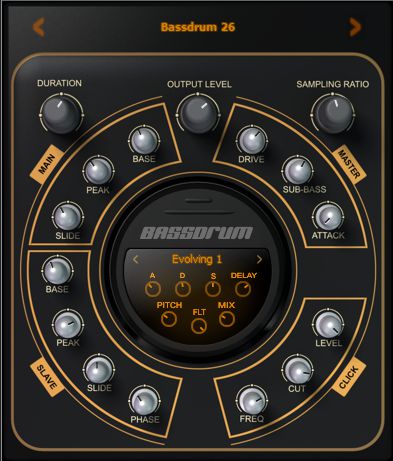 Now that my drums were feeling bigger, I figured it would be time for some good effects. Why not check out one of the new effects devices?

This is where things got really fun. I decided to place Effector on my master output... Oh my, Effector sounds amazing and is incredibly polished. Essentially, it's a Kaoss Pad. But, it's completely dialed in and synced with the FL Studio engine. So, with simple gestures, you're doing some amazingly powerful effects the cut in when you press, and pull back when you let go. So, basically, the effects of Effector do not run unless you press down on it's pad, unless you tell it to. However you use it, the effects are nice, modern and could easily be used for a DJ Set, or a live performance. Kudos! 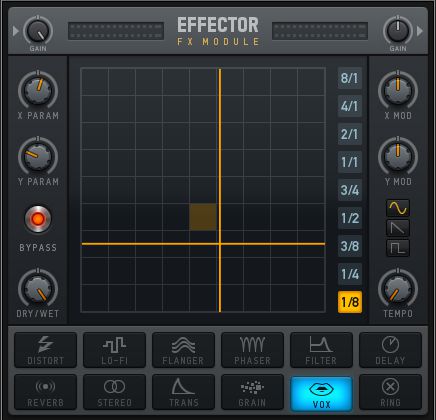 One small drawback I've experienced with FL Studio was the performance. It didn't hiccup or anything. In fact, it ran like a champ. But, on my Bootcamped system, I had some strangeness with apps competing for the onboard sound playback device. Windows alert messages would cause me to lose sound in FL Studio. However, if I changed drivers, sound would return, no problem. And, while this is annoying, I'm willing to give FL Studio 11 the benefit of the doubt. It may have been something up with my system. Or, Bootcamp. At any rate, if you're a Mac user, you may want to try the demo first, and work out the kinks before you pay... If you know what I mean.

Beyond the hiccups, I really had a blast jumping into FL Studio again. It still sounds great, and with all the new performance features, I have a feeling we're going to be hearing a lot of FL Studio in the clubs.

G.W. Childs IV
Sound Designer, Musician, Author... G.W. Childs has worn many hats. Beginning in the U.S. Army back in 1991, at the age of 18, G.W. began learning electronics, communications and then ultimately audio and video editing from the Department of Defense. Upon leaving the military G.W. went on to work for many exciting companies like LucasArts, Lucasfilm, Propellerheads, Cakewalk, Midway, MTV. With all of these exciting companies he's either worked as an editor, or sound designer, even sometimes as an actor. G.W. is currently working as an author for Cengage Publishing. He has written the titles 'Creating Music and Sound for Video Games', 'Rewire: Skill Pack', and 'Using Reason on Stage: Skill Pack'. As a musician G.W. has played for years in the band Soil & Eclipse on COP International Records. Additionally, he's worked as a remix artist for acts like Gene Loves Jezebel, Ray Charles, James Brown, Chiazm, Razed in Black, and more.
Related Videos
Comments (6)