With more and more mixing happening ‘inside the box’ these days, control surfaces are as ubiquitous as MIDI keyboard controllers in the average home studio. Icon’s Qcon Pro X made quite the splash at NAMM earlier this year for a robust feature set that would cost you double with many other devices. I spent a month and many a session with the Qcon Pro X to see if it lived up to the hype.

To quote my Uncle Peter, “This thing is built like a Sherman Tank!” The Qcon is a hefty device, and it feels incredibly rugged. The motorized faders have a nice long throw, and they certainly feel like they will stand up to the test of time. The chassis is a sleek matte black, and it’s all metal aside from the trim. The rotary encoders are pushable buttons as well, and the buttons on the Qcon are extremely solid. My one nit to pick is that as they are solid plastic instead of rubberized, they do tend to make a ‘click’ when you push them. Some may see this as a positive; you really know when you’ve pushed a button. Those of you that tend to track, mix, overdub, and tweak all in the same room may find yourself pushing the buttons very softly. 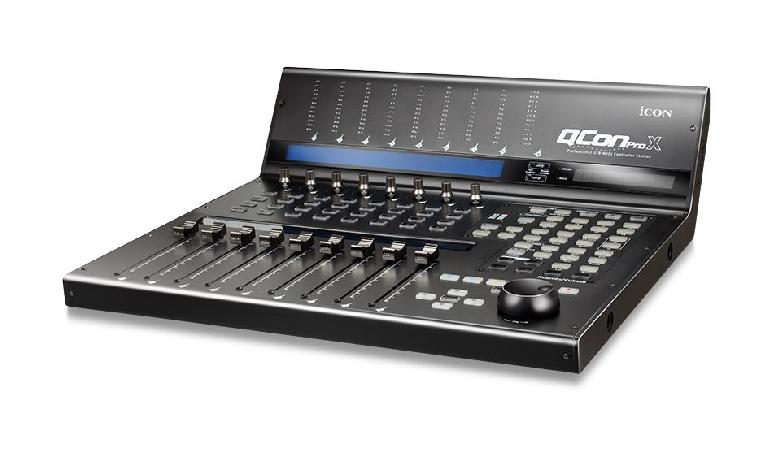 Getting up and running with the Qcon is pretty much a no-brainer. There isn’t any software required. You plug in a USB cable, and it ‘just works’. Logic automatically detected the Qcon and all of the features worked pretty much immediately. The jog wheel let me shuttle through my sequence, the faders responded to movement on my mixing window, and the timecode synchronized immediately.

It helps that the Qcon has a DAW select button right on it. This allows you to have the Qcon running in a compatible mode before you even turn on your DAW. From there, it’s a simple matter of enabling Mackie Control or HUI inside of your DAW to get everything rolling. I was up and running in both Pro Tools and Logic Pro X within seconds. 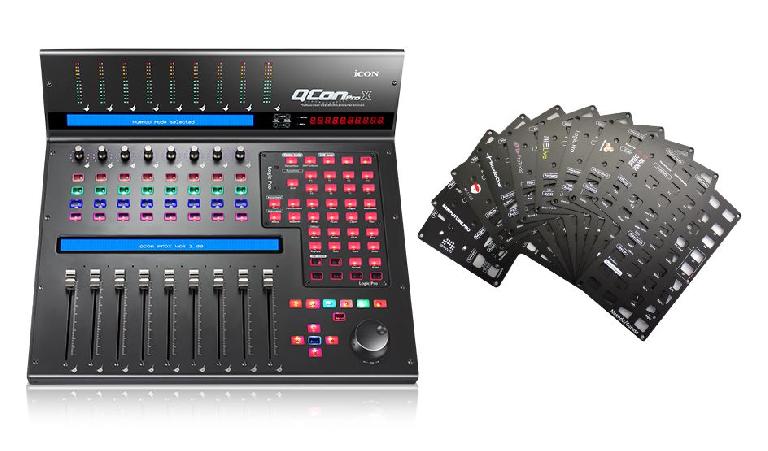 For the most part, I found the Qcon amped my workflow up to the next level for sure. The LCD screen grabbed my channel strip names, the fader bank button allowed me to quickly rotate between 8 channels at a time, and the rotary encoders quickly made pan and/or EQ adjustments. The transport controls worked flawlessly in both Pro Tools and Logic. The Jog wheel worked perfectly with Logic with no configuration. The Jog wheel didn’t function out of the box in Pro Tools, but a quick firmware update from Icon solved that problem. It’s good to know they’re responsive to their users and are pushing out updates. 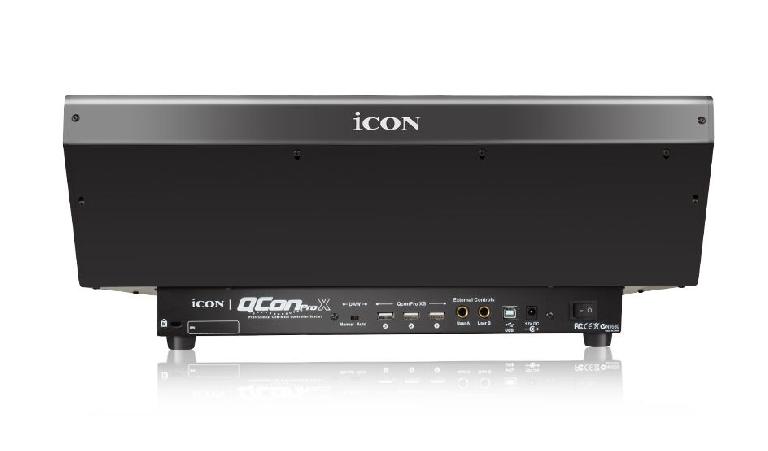 One other funny little quirk is that whenever I selected a channel strip in Logic on the Qcon, whatever plugin was loaded up in my first insert slot opened up its editing window. Icon says this isn’t typical behavior, but I did see a few other folks with the problem online.

I really like the Qcon. It’s significantly less expensive than many several other control surfaces that don’t even often quite as much functionality. I would definitely put up with its few quirks to make my in-the-box mixing feel a little bit more ‘out of the box’.

Cons: Some limitations of the Mackie protocol depending on your DAW, Limited character display on LCD screen

Matt Vanacoro
Matt Vanacoro is one of New Yorkâ€™s premier musicans. Matt has collaborated as a keyboardist in studio and on stage with artists such as Jordan Rudess (Dream Theater), Mark Wood (Trans-Siberian Orchestra), Mark Rivera (Billy Joel Band), Aaron Carter, Amy Regan, Jay Azzolina, Marcus Ratzenboeck (Tantric), KeKe Palmer, C-Note, Jordan Knight and many others. He has appeared on many a recording with a variety of artists, as well as had his own music featured in films by Lionsgate Studios.
Related Videos
Comments (5)

Dream It. Do It.
Do you want to learn External MIDI Basics?
Yes, I want to learn!
No Thanks, I just want to read the article.
Feedback
How are we doing?
We'd love your thoughts, feedback and questions regarding our new site. All feedback is appreciated!
We do not respond to this form! If you need support, please visit our support page.
Thank you for your input!
Your message has been successfully sent
Course Advisor
Don't Know Where To Start?
Ask A Course Advisor