Lightroom has been around for a few years now and although it’s had many tweaks, additions and upgrades, its basic look and feel has remained much the same. Adobe has thrown a curve ball by releasing a new version that is far more cloud-focused and significantly redesigned. Anticipating complaints from professionals, it still sells the existing desktop version (given a few upgrades and renamed Lightroom Classic CC) so the two products actually exist independently of each other, at least for now. The basic subscription deal actually gets you both versions plus Photoshop for £10 a month, which is amazing value if you use them with any regularity. Visiting the product page from your location will show you the price in your own currency.

The most obvious change is the look and feel - a completely new, muted and pared-down interface replaces Lightroom Classic’s modular system. The look is replicated across the iPad and iPhone apps, which have also been rebuilt and now feature near-parity of tools with the desktop version. The cloud focus means your originals and edits are stored in the cloud, using the 20GB or 1TB of space you get according to your subscription. The upside of this is seamless syncing of pictures and edits between devices. Your library is accessible, as are edits to images so you can start editing on your iPad, finish on the Mac and so on. This really does happen without you having to think about it. It also enables surprisingly capable browser-based editing of your catalog, though it’s not as extensive as the mobile or desktop apps provide. 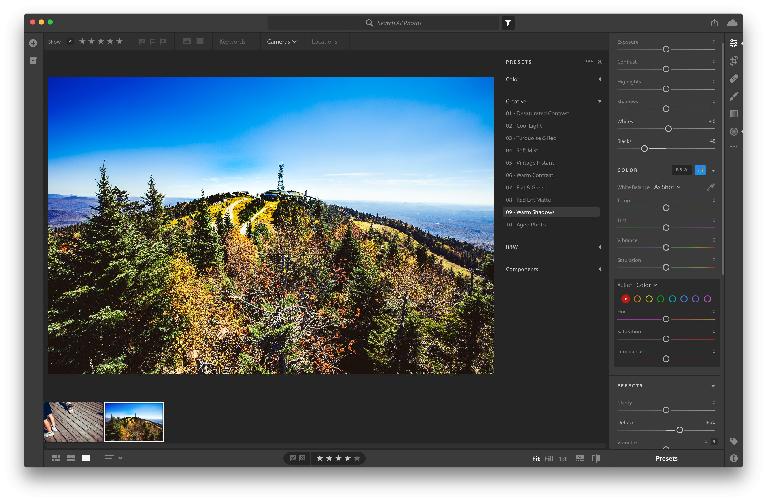 The flip side of this will already be apparent to professionals, many of whom shoot upwards of 20GB of RAW files on a single job. With Lightroom insisting on uploading everything, you’re going to have to start paying for extra space pretty fast. There’s an option to store copies locally - great for backing up - but you can’t opt out of the cloud. Maybe Adobe will relent on this in future but it seems doubtful considering the push they’re making towards cloud operation. Recent updates do at least allow local copies to be stored on an NAS drive, though the cloud requirement remains in force as well. 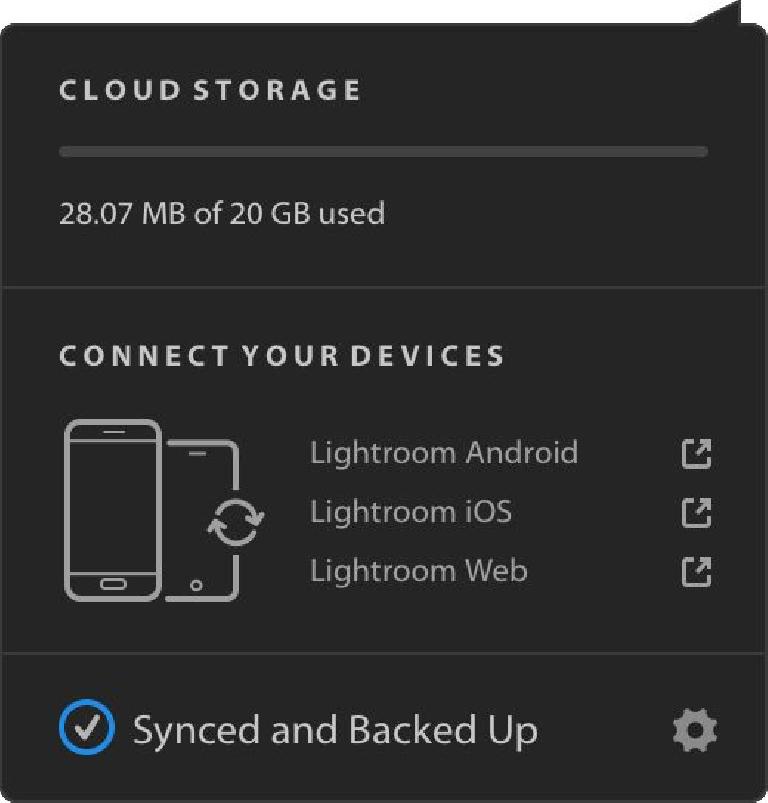 Giving With One Hand But… 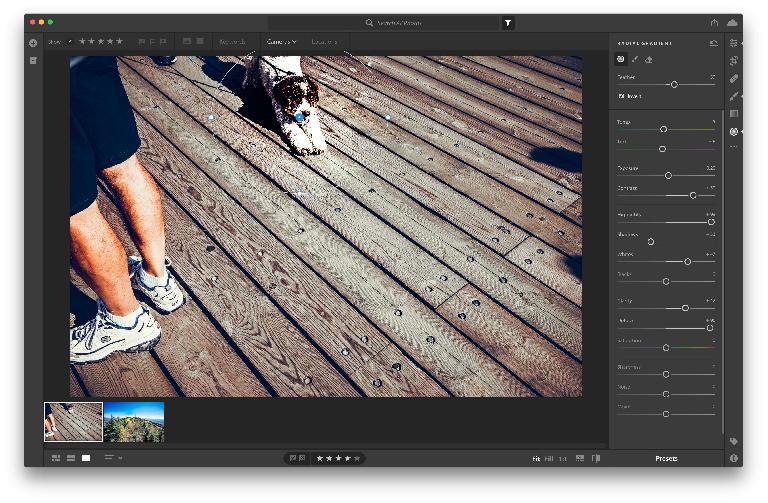 While the iOS Lightroom apps have got much more powerful compared to their predecessors, the desktop version has actually lost some of its more advanced tools, presumably in the process of more or less synchronising feature sets across all the versions. The core stuff is still here: adjustments, filters, presets, clarity and dehaze, lens corrections and so on, but rearrangement of the modules has meant existing users will have to re-learn where some of the tools are. Plus, some have lost more fine-grained options in favour of simpler, iPhoto-style sliders. There’s no target select/sample button any more in colour adjustments, for example. The Print and Book modules are gone and the export options are much less comprehensive than before. Metadata has been much stripped down and in general everything feels much more “prosumer”. An interim update did introduce "Edit In Photoshop", which is helpful.

Perhaps Adobe is aiming more for hobbyists than professionals now, or perhaps these lost elements will be reintroduced in future updates. Some important features have been reintroduced via updates since launch (most recently new camera profiles) though it’s hard to see how they can bring back the old level of fine grained data features without overcomplicating the iOS versions - which at the moment actually provide some of the best mobile image editing around.

On the desktop however that tradeoff has meant an app with fewer features, and one that’s inextricably tied to cloud storage. That is fine for some users, who will still find this a very capable image editing application. Longer term it’s hard to say where professionals will go when (not if) Adobe eventually kills the Classic version altogether.

Pros: Feature parity across devices is useful. Cloud syncing is seamless and fast. Many great tools for image editing and correction. Punch up and sharpen your images with more power than Apple’s Photos app. Tagging and AI help when searching images. Web-based editor and catalog access.

Cons: Some significant tools missing compared to Classic version. Forcing use of the cloud will cause storage issues for pros shooting lots of RAW files. More accessible but less professional than before.

Dream It. Do It.
Do you want to learn The Essentials?
Yes, I want to learn!
No Thanks, I just want to read the article.
Feedback
How are we doing?
We'd love your thoughts, feedback and questions regarding our new site. All feedback is appreciated!
We do not respond to this form! If you need support, please visit our support page.
Thank you for your input!
Your message has been successfully sent
Course Advisor
Don't Know Where To Start?
Ask A Course Advisor