USB MIDI keyboards have come a long way in recent years, offering more functionality than we could once have dreamed of. M-Audio has a long history with devices such as these and the models it produces now arguably represent the most advanced controllers it has ever made. CTRL 49 is a 49-key semi-weighted keyboard controller that hooks into specialised software called VIP to provide advanced VST control and also many performance features that go above and beyond what you might expect. 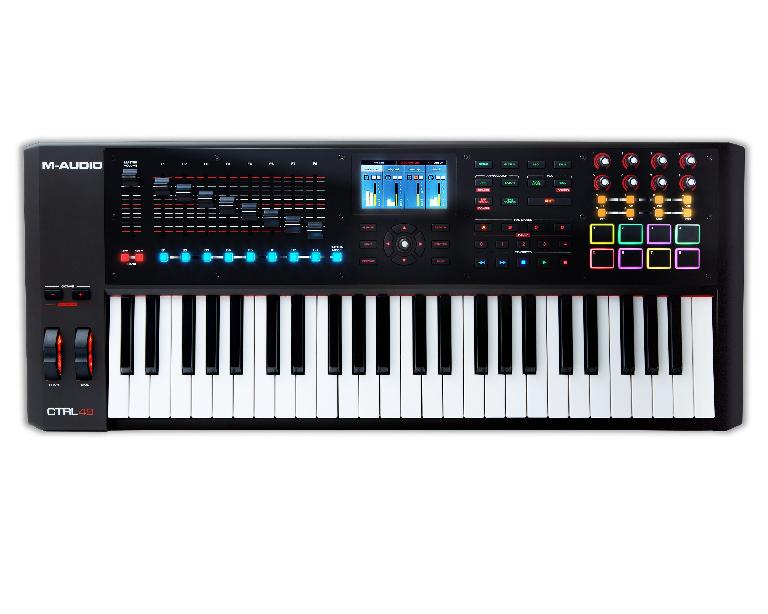 A full colour screen lives at the heart of the controller

The hardware itself is designed both for the studio and stage, and at its heart is a 4.3 inch colour screen that provides visual feedback. It’s not touch sensitive, but then that tends to push up the price of any hardware considerably. There are myriad physical controllers available covering most types of user input: 8 knobs, 9 faders and 8 buttons for DAW control, 8 velocity and pressure sensitive drum pads with multicoloured backlights, plus various navigation, preset and transport controls as well as mod and pitch wheels and octave buttons. Extensive use is made of backlighting which is great for live situations or dark nights in the studio. There’s an onboard arpeggiator, expression and foot switch inputs and a hardware MIDI I/O for connecting to other gear. 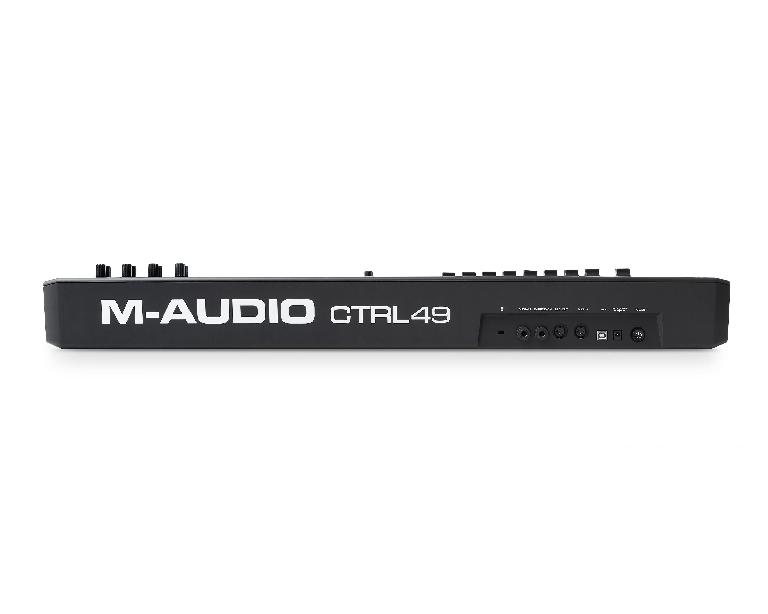 Although the keyboard can of course be used as a MIDI controller with any software, it comes with VIP, a kind of container and programmer application that scans your VST plugin folder when installed. Your plugins then become available inside the app and can be browsed easily as well as controlled using the keyboard’s physical controllers. Helpfully, hundreds of popular instruments have already been pre-mapped to the hardware. 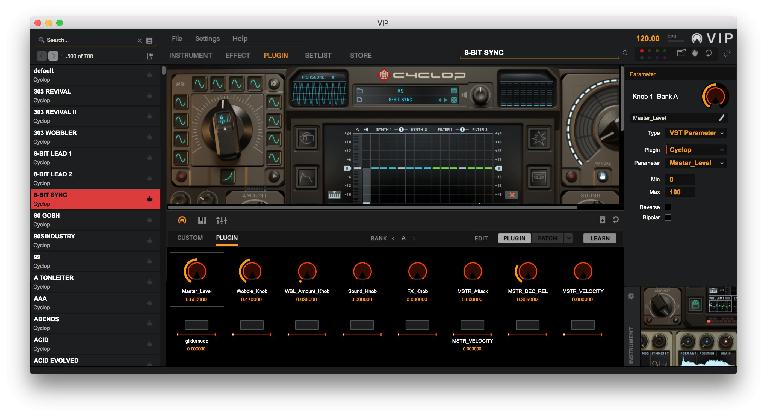 VIP focuses partly on performance, allowing you to play, edit and mix up to 8 virtual instruments at once: creating splits and layers and submixing as well as using the Setlist feature to create multi-instrument presets and flip between them from the hardware. You can also run VIP as a plugin inside your DAW—as many instances as you like—to take advantage of the hands-on controls when programming or recording, or when using automation in a project.

VIP is essentially a way of dealing with the vast range of plugins that you might want to control live, providing an environment for working with them that’s cleaner and more straighforward than mucking about with regular MIDI maps. It works really well too, auto mapping a good number of instruments and letting you tweak assignments where necessary. It’s also a good way to browse and load plugins without having to open a DAW and the hands-on control is great, with the hardware sporting enough of a variety of controller types to let you do most anything without touching the computer.

This video demonstrates how users can load upto 4 virtual effects on each instrument and the master channel in VIP:

It comes with Ableton Live Lite, the Air Creative FX Collection bundle of 20 instrument and effect plugs and you also get Eighty Eight, a multi gigabyte sampled grand piano. For anyone after a multi-talented controller for the studio or the stage, CTRL49 has lots to offer, particularly thanks to the clever and powerful VIP software platform.