Full Disclosure: Though I don't work for CoreMelt or Imagineer Systems, I have created many of the tutorials for CoreMelt's SliceX and TrackX, which licenses the mocha engine for use within Final Cut Pro X. No commission is earned from any links to these products.

Known primarily as the planar tracker in After Effects and more recently as the basis for CoreMelt's SliceX and TrackX, mocha technology is widely used for tracking objects as they move through a video clip. If you've ever replaced a screen, added a moving title to part of a shot, performed rotoscoping tasks or assembled a complex 3D composite, planar tracking may well have been part of your job. 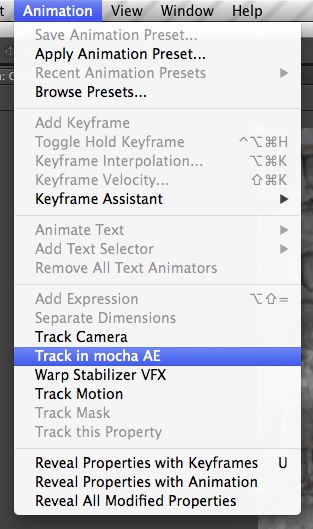 In After Effects, this is how you access the built-in mocha AE, which mocha Plus aims to replace.

To briefly explain, mocha's planar tracking is not the same as a traditional point tracker. By tracking surfaces, mocha can follow an object, like a face or a screen, as it moves around and tilts. A point tracker might be useful for tracking something like an eye, but will be more likely to be thrown off by movement of your subject. Planar tracking is also a useful bridge up to full 3D camera tracking, which is supported by mocha as well.

In mocha Plus or mocha Pro, you first define the area you want to select, by drawing a relatively rough selection with X splines or bezier shape tools. For best results, the selected area shouldn't change'"so avoid reflections on a screen if possible.

You then track forward or backward to capture its position throughout the clip, and mocha will automatically follow the object as it moves'"though if the track isn't quite right, you can add keyframes to fix it manually, or adjust the tracked area by removing a problematic part of it.

If you're using mocha Pro, at this stage you can also access some additional tools related to screen replacement, object removal and stabilization. Finally, you export the tracking information to your editor of choice, to perform the object removal, text tracking, or roto task there. 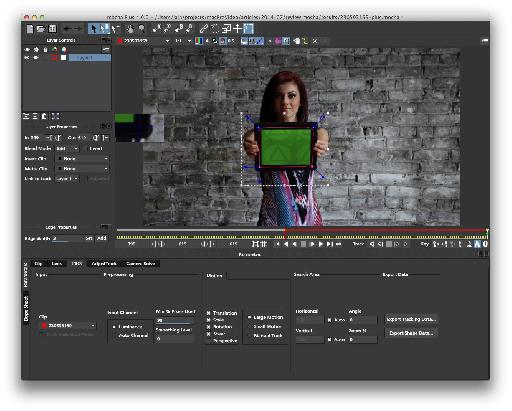 The screen on this moving iPad was tracked quickly.

While mocha AE is included with After Effects, both mocha Plus and mocha Pro are separate, independent apps. You'll need to have the clips you want to work with ready to go, and be ready to exchange tracking data between apps. So why upgrade from the built-in version in AE? There's a new Lens Distortion feature to correct for imperfect lenses, as well as a new 3D Camera Solver for 3D match move tasks, and the ability to copy and paste roto masks direct to the Premiere Pro CC 2014 timeline'"so if any of those features could help, take a look. 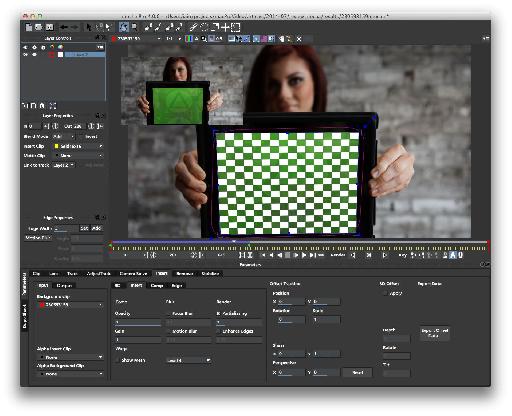 The grid has been inserted and tweaked with the Insert module, though you could import a video clip instead.

While mocha Plus exports to AE, Premiere CC 2014, legacy FCP X and Motion, HitFilm and Boris FX, mocha Pro adds Avid|DS, Eyeon Fusion, Nuke, Flame, Smoke and more. The Pro version is significantly more expensive, but in a higher-end compositing budget, it's a much smaller deal.

One way to export to After Effects.

You may note that FCP X is not supported at all, and my best guess is that Imagineer consider the gap to be filled by CoreMelt's SliceX and TrackX. In some ways it's a more convenient workflow, remaining entirely within FCP X, but if you need some of the more complex features of mocha, you simply can't use them with FCP X alone, and may have to farm out some shots to After Effects instead. 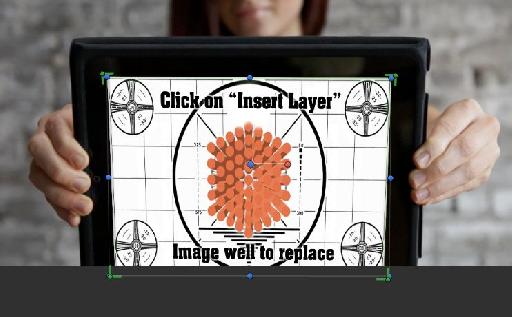 In FCP X, the easiest option is to use TrackX.

If you need tracking, and you're a Premiere Pro user who wants tracked opacity masks or an After Effects user looking for a new 3D camera solver, then take a look at mocha Plus. If you're using a higher-end finishing package or need one of its other features, then check out mocha Pro instead. FCP X users who want to stay within the app should (despite the disclaimer above!) look instead to SliceX and TrackX, because neither mocha Plus nor mocha Pro will work with FCP X or the current version of Motion.

If you're not sure, check one or both out as a free trial. Planar tracking is definitely a handy addition to your editing toolkit.