All Articles Review
Review: MODEL 1 Mixer
Sara Simms on Fri, August 11th 0 comments
This fully analog 8-channel mixer designed by Richie Hawtin is intended to be a true DJ's performance instrument. Sara Simms took in on the road to find out if it fits the bill.

Richie Hawtin's MODEL 1 mixer was released in 2016 and I was curious to learn more about this unique mixer from the onset. MODEL 1 is a fully analog eight channel mixer featuring an inspiring design that's truly different from other mixers on the market. MODEL 1 is a DJ's performance instrument that offers artists the opportunity to unlock their creative potential and play differently. 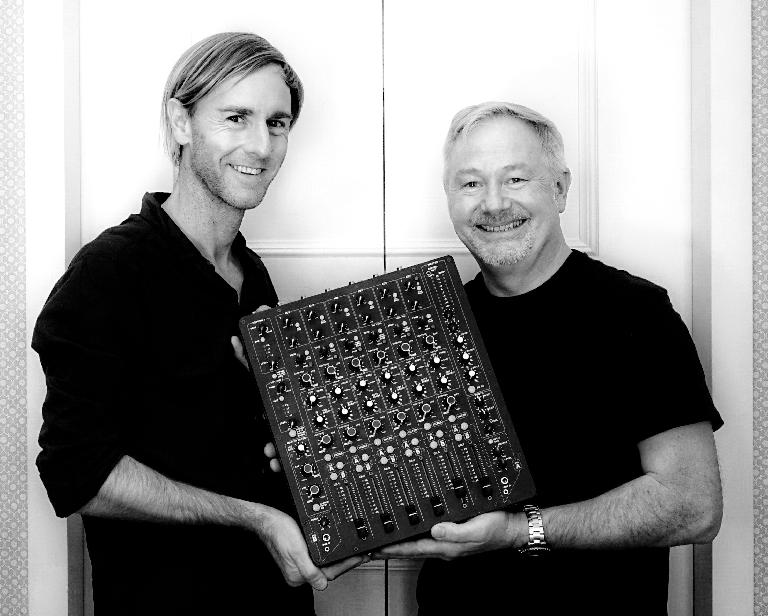 MODEL 1 was engineered by Andy Rigby-Jones, co-designed by Richie Hawtin and is manufactured by Allen & Heath with PLAYdifferently branding. It features six full stereo input channels and on each channel are individual Low Q Low-Pass Filters and High-Pass Filters, a Sculpt EQ that allows for cutting/boosting, and a Drive control that allows DJs to use harmonic distortion as an effect. There's also a Master Filter section, two stereo Send and Returns and two Cues. The Master section on the MODEL 1 features two independent Master outputs, and a Master EQ. The Booth Output features a two-band EQ and lastly there's two Cues that allow two DJs to use the mixer at once. Overall the features of this mixer are very unique and it's apparent that a lot of creative thought was put into its design.

Like the rest of the mixer, the MODEL 1 offers unique Input and Output options. There's XLR and 1/4” Master Outputs, a 1/4” Booth Output, two pairs of 1/4” Return Inputs, two pairs of 1/4″ Aux Outputs and six RCA Inputs, three of which can be switched from Line to Phono. There's also two serial DSUB IN/Out ports that conform to the TASCAM DB25 connector standard and allow multiple channels to be sent fully balanced down a single connector. There are two MODEL 1 mixer linking ports which link together multiple MODEL 1 mixers. This lets two or more performers to play together using two MODEL 1 mixers, or can expand the number of channels a single DJ uses. 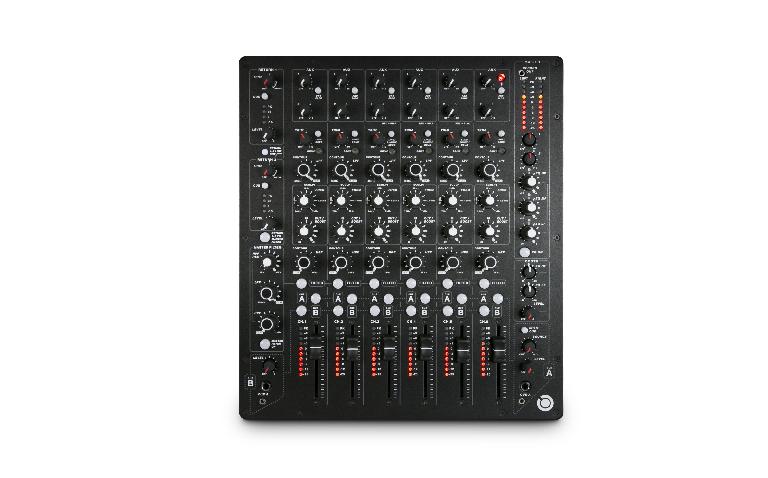 The MODEL 1 has six identical channel strips that are each equipped with two Auxiliary sends, a Trim knob, a Phono/Line/DSUB switch, Drive, a unique EQ and Filter section, Two Cues and a 60 mm fader.

Here's a breakdown on each feature: 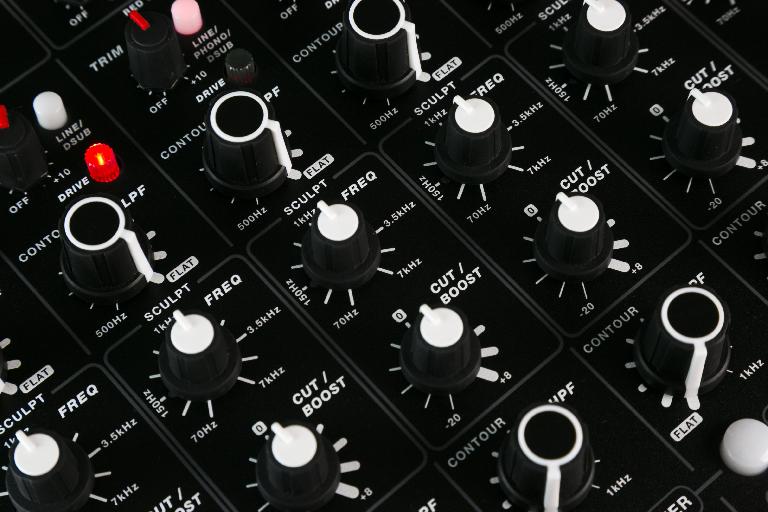 Instead of a traditional three band EQ, MODEL 1 uses a combination of Low Pass and High Filters plus a Sculpt EQ with an asymmetric cut and boost. The two Sculpt Filters are Low Q, High-Pass and Low-Pass filters that only cut and are designed to not colour the sound as they are swept across the frequency spectrum. The Filters are incredibly fluid to mix with and can be used to remove parts of the frequency spectrum to highlight and isolate parts of a track. The Sculpt EQ has a wide Q and a frequency range that covers almost seven octaves and can be used to selectively cut or boost frequencies. 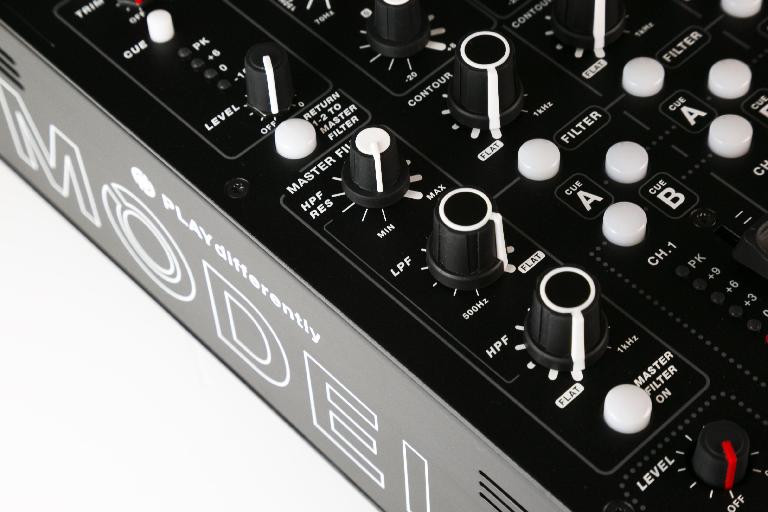 One of my favourite parts of this mixer is the Master Filter section because of the way it allows DJs to artistically use Filters to shape their sound. It features a High-Pass Filter and a Low-Pass Filter with Resonance control (RES) to adjust the Q of the High-Pass Filter. To use the Master Filter, the Master Filter switch must be set to On, and then the Filter button on the Channel the Filter is to be applied to needs to be engaged. The Master Filter can be used as a performance effect, or can be preset and used to instantly cut the frequencies of any channel routed to the Filter. All of the filter assign buttons, including the master filter on/off switch, as well as the EQ on/off switch incorporate zero crossing detection, meaning there won't be any audible artefacts when the filters are engaged or disengaged. 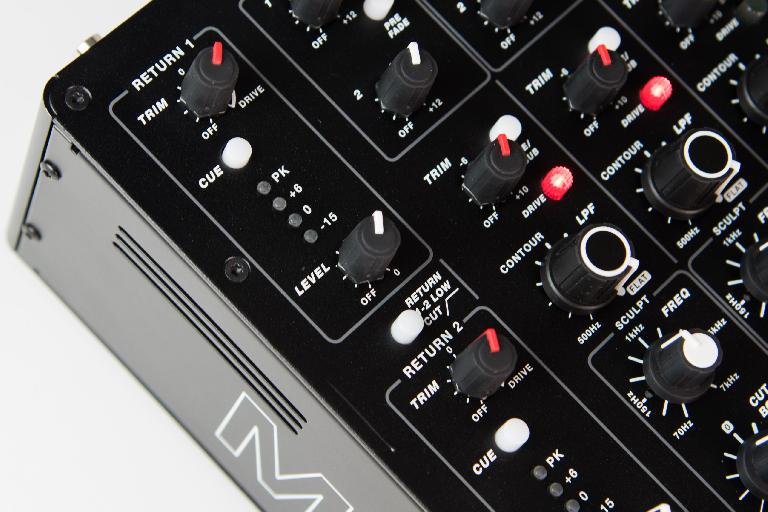 The Return section consists of two basic stereo channels for use as return inputs from external effects processors. Each Return section features a Trim, Cue, Return Meter and Level, which adjusts the amount of the Return Signal fed into the Master Section and a Return Low-Cut Filter that's set to 320 Hz. The Return Section is great for DJs who use effects processors, but not all DJs will use this section. 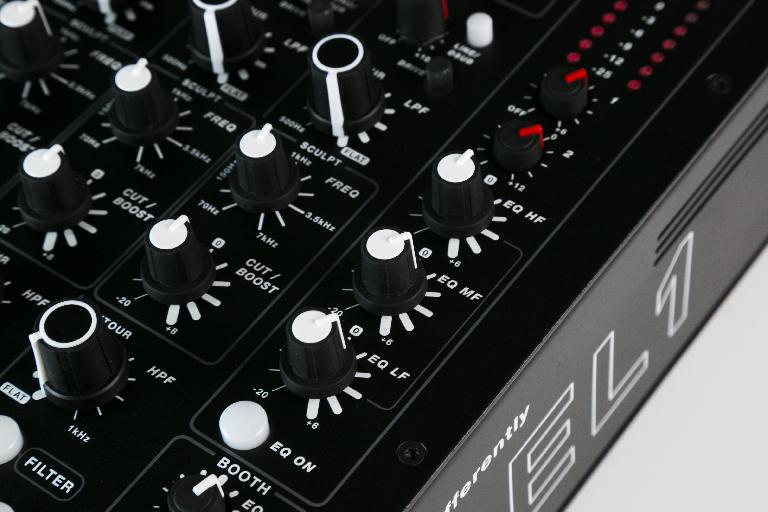 The master section features two Mix level controls, the Master EQ, metering, a 1/8” Record Output and the Booth Monitor Section. I like the fact that there are two different Master Output controls and a three band EQ that allows DJs to shape their overall sound. The Booth Section features a Level Output for the Booth Monitor and a two-band equalizer that gives the user the ability to adjust the frequency response of the Booth monitor mix. 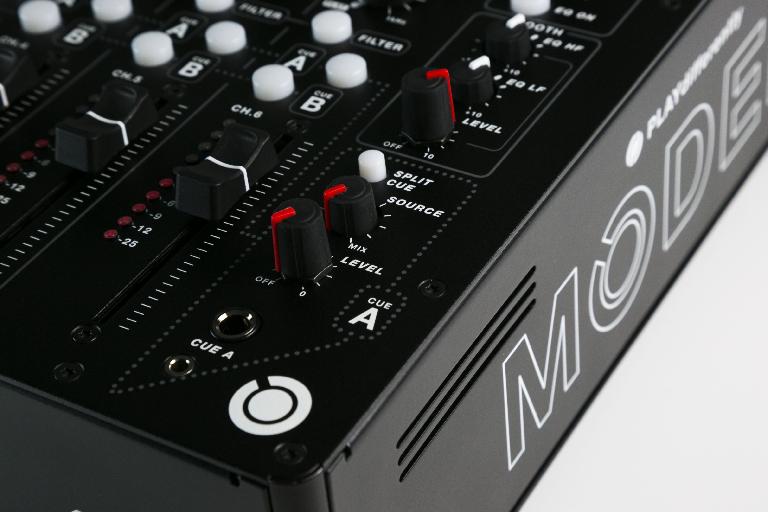 The MODEL 1 features two independent Cue systems, A and B which make it easier for two DJs to perform together on the mixer. Each Cue is equipped with 1/4” and 3.5 mm TRS jack sockets. Cue A has an auto-cancel function, which means selecting a channel on Cue A will automatically turn off the previous selection. Cue A also features a rotary knob to mix the Cue/Master Mix balance and a Level control, while Cue B only has a Level control. The dual Cue system on the MODEL 1 is an innovative  feature that will benefit DJ duos and perhaps encourage more DJs to perform together. 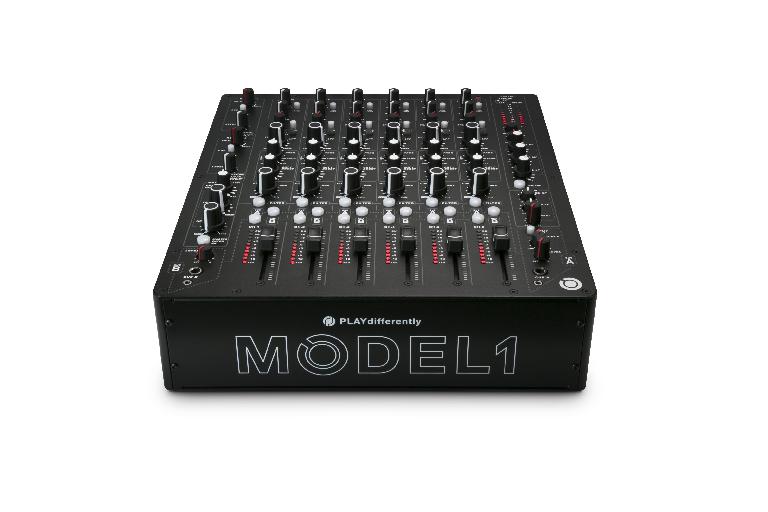 After playing with the MODEL 1 at a few of my DJ gigs, I found that this mixer inspired me to play in a way that's highly creative using the many filters. The sound of the mixer is phenomenal; I love the warmth it gives to my WAV files and vinyl records. The list of features on this mixer is extensive and DJs who are interested in the art of mixing will enjoy using the Filters and EQs on both the Channel and the Master sections.

This is a great mixer for DJs who want to mix multiple tracks, perform live sets or play together with another DJ. The mixer has a high price tag but this is indicative of the mixer's quality and the care it's been designed with. MODEL 1 is a stunning mixer that's truly a pleasure to play on. I highly recommend this mixer for professional and touring DJs who are looking for a performance instrument that will help to evolve their DJing style and sound.

Cons: In daylight settings, the buttons for Cue A/B, Filter and Master Filter were hard to see when turned on. In a club setting they were visible but the lighting style of these buttons makes it challenging to tell whether they're on or off during daytime events. On the Master Filter section, when the HPF Res was turned up, but the HPF/LPF were set to Flat, I found that the overall level of the mix increased slightly. There's no cross fader on the mixer, which only makes it appropriate for mix DJs. Other than that, no complaints about this gorgeous looking and sounding mixer!