All Articles Review
Review: NewerTech Wireless Aluminum Keypad
Francesco Schiavon on Sun, November 30th 0 comments
Language
When OWC showed off NewerTech keypad designed to compliment Apple's wireless keyboard, we felt it looked like an Apple product. Farncesco Schiavon tests to see whether it performs as well as it looks. 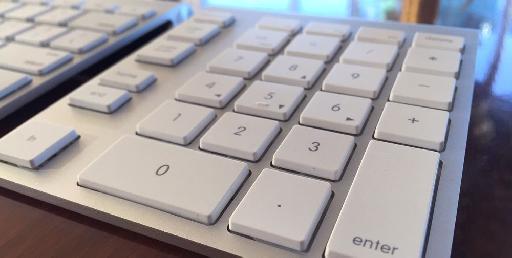 I just had the opportunity to use a NewerTech Wireless Aluminum Keypad and it really maintains the aspects you like about the Apple Wireless Keyboard, and it solves the lack of a numeric keypad, since that's exactly what it is: a numeric keypad.

The NewerTech Wireless Aluminum Keypad just belongs. From the packaging to its design that mimics that of Apple's almost in every aspect, to the super convenience of wireless Bluetooth.

In simple terms, it matches the design of the Apple Wireless Keyboard. The aluminum is the same quality as Apple's, the keys are the same size, font, and feel. Of course its length, height and angle matches that of Apple's aluminum wireless keyboard.  Even the battery door and power button are similar to Apple's. That's why I said earlier that "it just belongs".

A nice option is an included bracket that attaches the keypad to the main keyboard. It doesn't have any specific function except turning two separate pieces of hardware into one. When the keypad is attached to the keyboard you still get access to both battery covers on the keyboard and keypad, but both power buttons are concealed. So consider that if you choose to use the included stickers that makes the bond more permanent.

You have a choice of white keys, just as in Apple's Wireless Keyboard, or black keys like in MacBooks. There is also an EU option that has signs instead of words and a comma instead of a period.

The keys layout is an interesting one. You can see that the designers put not only a lot of thought into this very simple and important aspect, but they did field testing. 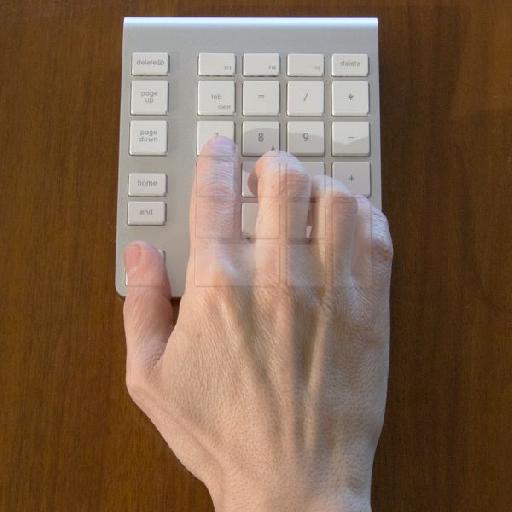 I particularly like the location of the function key which turns the numbers into arrows and the tab into a "clear" button. This "fn" key is right where you put your thumb making it really easy to modify some of the keys.

Overall this keypad really feels at home next to an Apple Wireless Keyboard and also next to a Magic Trackpad.

The bottom of the keypad has the basic instructions on how to pair it up and what the light color means. Not that setting up the keypad is difficult, but it's nice to have the know-how always with the device. BTW, the indicator light blinks just beneath the equal sign key.

The only downside that I found, and it's a bit of a stretch, is that it uses a pair of AAA batteries. If it worked with 2xAA batteries then you could interchange them with those from your Apple Wireless Keyboard, Magic Trackpad or Magic Mouse.

Dream It. Do It.
Do you want to learn Mac Survival Skills?
Yes, I want to learn!
No Thanks, I just want to read the article.
Feedback
How are we doing?
We'd love your thoughts, feedback and questions regarding our new site. All feedback is appreciated!
We do not respond to this form! If you need support, please visit our support page.
Thank you for your input!
Your message has been successfully sent
Course Advisor
Don't Know Where To Start?
Ask A Course Advisor