When Phoenix Digital Audio Teknologies product specialist Klaus Borrman invited me to try out a beta of Phoenix Pro I have to say I was a bit skeptical, and apprehensive. The company (based in Cologne) have made some pretty bold claims regarding their flagship plugin and the technology that drives it. 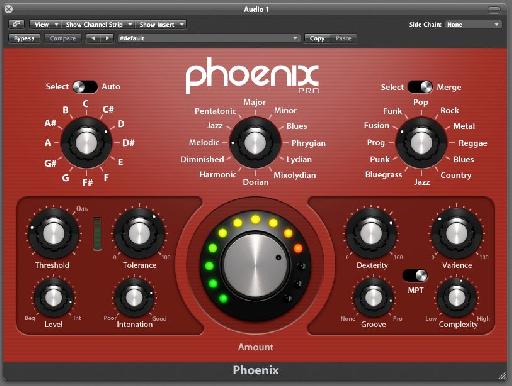 Phoenix Pro is billed as a ‘Dynamic Phrase Modeler’ and is aimed squarely at the guitar market. Using a type of granular synthesis and enhanced spectral analysis, Phoenix Pro can correct pitch and timing issues on the fly (with only 4ms latency) to a DI’ed guitar signal. This however is just the tip of the iceberg.

At the heart of Phoenix Pro is the proprietary Morphic Phrase Technology which will analyze the incoming signal and ‘rephrase’ the performance by accessing a database of predefined musical phrases in a variety of styles. You can throw literally anything at this plugin and it will come out the other side sounding good!

It works by first detecting and modeling the pickup of the guitar signal based on the impedance and phase correlation of the signal. (So far there are 47 recognized pickups from popular pickup manufacturers). This is then broken into grains and reassembled by the Phrase Modeler with little to no artifacts.

You’ll have to set up the Threshold and Tolerance (probability) for the incoming signal as well as the level of the player and intonation of the signal. 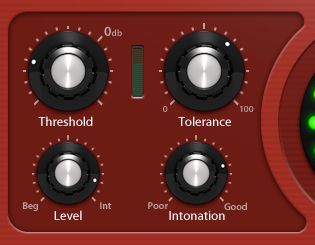 In the beta each ‘Phrase Style’ is accompanied by relevant predefined Amp and Effects simulation (I’ve been informed the production release will be fully editable) and there are options to transpose the key and select one of twelve popular predefined scales for the phrases.

Phrases are randomly selected from the database and you can choose from the following parameters on the characteristics of the phrase: 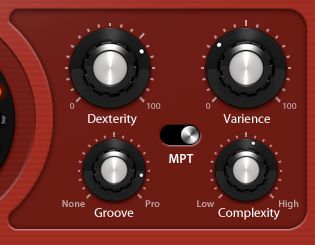 You then use the Amount control to blend the effect.

The included ‘phrase’ database is the result of five years of R&D in which the company painstakingly analyzed over 10,000 songs by popular guitarist and bands to build one of the most comprehensive libraries of guitar phrases ever. This led to to development of the side-chain analysis feature.

The Morphic Sidechain Analysis Technology is mind-boggling to say the least. Basically the plugin can recognize any analyzed song in the database which is fed into the side-chain. Although the beta only shipped with a few hundred, the production version will boast over the 5,000 mark with add-on packs available from the site.

Combined with the ‘Artist’ presets the plugin can reasonably impersonate the player of choice. To get this to work simply feed in the track to the side-chain. 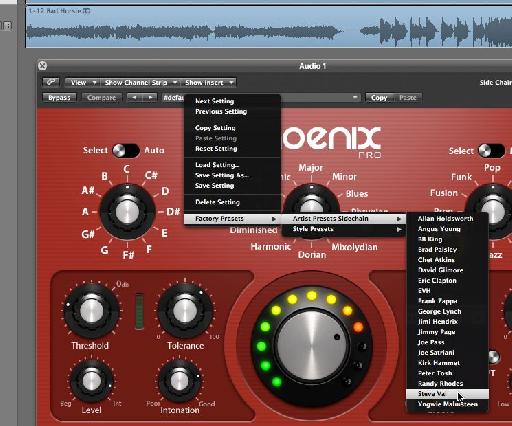 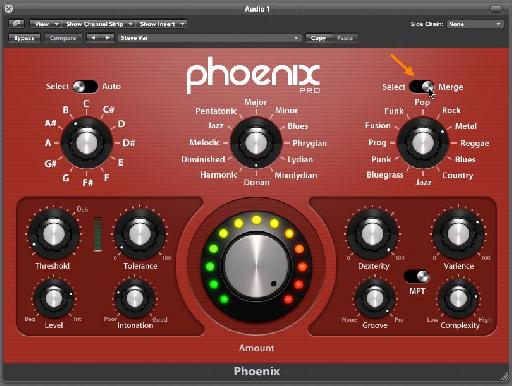 Enable the merge switch to turn any performance into a stellar one.

Phoenix Pro will set up a predefined patch for you based on the song. Again the beta had limited control over this although I’ve been told you’ll possibly be able to merge artists eventually!

As a guitar player I’m very wary of technology like this as it negates the need for both talent and the hours of hard work and practice that goes into learning how to actually play the guitar properly.

Then again singers have been getting away with this sort of thing for years. Saying that the results were very impressive which is ultimately quite depressing!!

You can see a quick video demo of Phoenix Pro in action below, courtesy of Klaus Borrman:

Phoenix Pro is due for release Spring 2013 (more info in the video above) at around the $129 mark or higher (or perhaps lower) from www.macProVideo.com.

Toby Pitman
For the past 20 years Toby has worked as a professional guitarist, programmer and producer. Clients include Sir Paul McCartney, George Michael, Shirley Bassey, Yusuf Islam, Giles Martin as well as the London 2012 Olympic Ceremonies. He has also worked extensively in TV, Advertising and Film. As well as composing himself he has also worked alongside many composers like David Arnold, Clint Mansell and Simon Franglen on many major film releases. An expert in synthesis and sound design Toby has also lectured for Apple on their Logic Pro music software which he has used since its days on the Atari. He has also worked as an educator for the International Guitar Foundation and the Brighton Institute of Modern Music teaching guitar. In his spare time (of which there is very little) he moonlights as a motion graphics artist specialising in Cinema 4D and After Effects.
Related Videos
Comments (22)