If you're looking for a good broadcast dynamic microphone that doesn't break the bank, I'd definitely recommend the Rode Procaster. Let me take you on my journey on how I came to the decision on this microphone, and how it performs.

I was looking for a good solution for microphone for my voice over work. The condenser microphone I was using was a bit sensitive. It was picking up quite a bit of ambient noise from outside my studio, such a trucks that would drive by and other loud external noises. So how could I alleviate this? One solution was to treat the room I was recording in until it was completely dead, but that wasn't the answer as I used the same room for mixing, and I didn't want the room completely dead sounding. After a bit of research a dynamic broadcast dynamic microphone seemed the way to go. I came across a couple of broadcast microphones that would fill the gap.

Two of the most popular broadcast microphones are the Shure SM7B and the Electro-Voice RE20. Both are great in their own way, but unfortunately they were both slightly out of my price range. After a bit more digging around I found the Rode Procaster that retails at about $229. 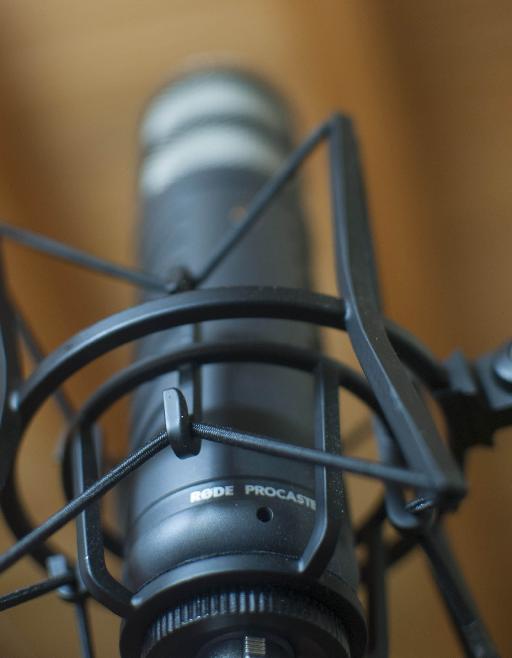 Stumbling Upon the Rode Procaster

This is a very good quality broadcast microphone with a frequency range of 75 Hz '" 18,000 Hz, with a slight bump in the 10,000 Hz region. If you compare this with your more standard handheld dynamic microphones such as the SM58 or SM57 (the SM58 which has a frequency range of 50 Hz '" 15,000 Hz and the Shure 57 of 40 Hz '" 14,000 Hz) these microphones won't capture the nuances of a voice or an acoustic instrument in the upper frequency range. That's not to say these aren't great microphones, but with voice-over work and my tests with the Rode Procaster, I'd definitely recommend a broadcast dynamic microphone where the bigger capsule on the device provides better quality of audio, plus reduces the amount of unwanted external audio in the recording with its cardiod microphone pattern.

The Procaster is a bit on the heavy side, weighing in at 695 g/1.53 lbs. So make sure you have a microphone stand that can carry this weight. I'd definitely recommend the Rode PS1A studio arm. This will handle the weight of the Procaster, plus the arm allows you to maneuver the mic around quite easily. 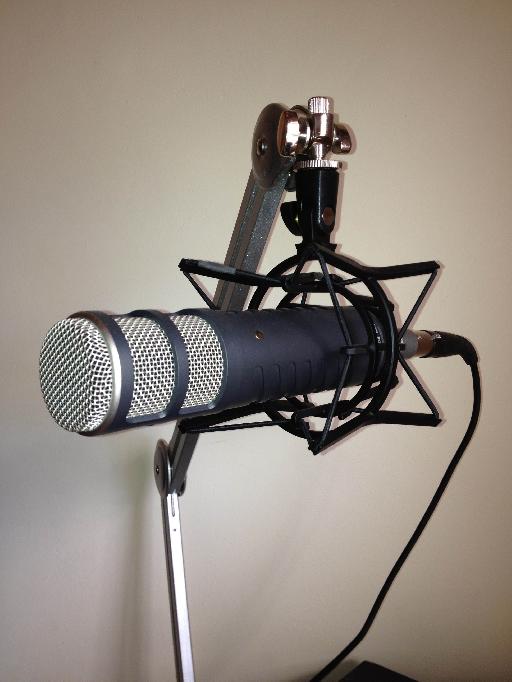 The Procaster Compared to its Competition

The RE20 is known for its reduction of the '˜proximity effect'. Which is one of the reasons why it has become a standard for most radio broadcasters. It provides a clear audio signal when you are moving around the microphone and not keeping a constant distance between you and the mic. The SM7B on the other hand uses its proximity effect to its advantage. Many vocalists will come in closer to the mic for a warmer effect and move away for more dynamics in their voice on the recording. The SM7B has come a standard with most Hip Hop and Rock vocalist because of this proximity effect. I'd say the Rode Procaster sits somewhere between the two. There is a proximity effect, but not as strong as the SM7B. Which works quite well for me, as I do move around a bit when doing voice overs, but the Procaster makes up for these movements by providing quite a constant clear audio level. 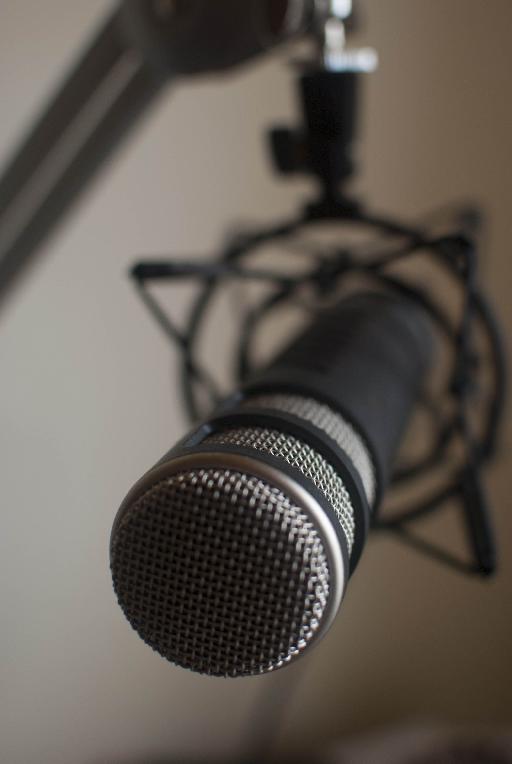 The Procaster in Practice

So in theory with a broadcast dynamic microphone and its super cardoid pattern, the closer you get to the microphone, the less outside ambient noise that will be picked up. Rode suggest being no less the 2 inches away from the Procaster. I'd say this is the ideal amount. I tested it out when I was between 2 and 4 inches away, and some of the outside ambient noises was introduced when I recorded at a further distance. It was less sensitive than my condenser microphone, but still with a very good audio voice quality. I even tried recording some audio when a heavy storm was outside, and the audio was super clean with a very, very small indication the storm that was bashing the house outside.

The microphone also has a built-in pop shield, so there's no need for a pop filter in front of the microphone. When reading scripts a pop filter can sometimes getting in the way, so not having to use a pop filter was really handy. But be careful as it still picks up the strong plosive sounds. So technique is key here.

Make Sure You Have Enough Gain

This microphone also does require a bit of juice. The required amount for a good signal is 56 dB of gain. My problem was that my MBox 2 Pro only had a gain range of 54 dB on the preamps. So make sure your preamps have another juice for the microphone. I did find another solution though. As I said I did do a good amount of research on this microphone. Through my research I found a device by Triton Audio called the FetHead. Its an inline preamp. What it does is provide 20 dB of clean gain to any dynamic or ribbon microphone through phantom power. It's a really small device that connects into the back of your microphone.

You then turn on the Phantom Power on your preamps or audio interface and this boosts the signal. The phantom power isn't passed onto the microphone, the device uses this power to amplify the audio signal. So don't worry it won't harm your microphone. This is great as it gave me enough gain on the Procaster to get a good clean signal through to my DAW. Somewhere this device also seemed to add more bottom end to my sound. So with the FetHead and Procaster I get a really nice clean sounding voice, with a slight boost in the bottom end.

And this is the audio signal level of the Procaster without the FetHead... 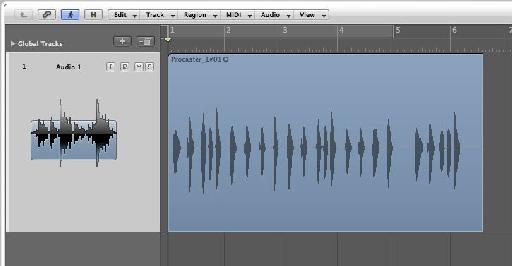 And this is the audio signal level of the Procaster with the FetHead.

So if you're looking for a good broadcast dynamic microphone at a good price, definitely check out the Rode Procaster. It works really well on vocals. It can even be used for instruments, so it's not a one trick pony. I was very happy with the frequency range and quality of the audio recording on the microphone. With it rejecting a lot of outside noise it has really helped improve my voice over workflow. So check it out if it sounds like something you may need.