All Articles Review
Review: RODELink Filmmaker Kit
Hollin Jones on Sat, January 30th 1 comments
Language
If you want a way to get professional audio for your video setup without spending a fortune then Rode's Filmmaker Kit is designed for you. Hollin Jones checks it out to see just how good it really is.

Anyone who has shot interview footage knows that you need a dedicated mic to get proper results from your audio recording. But this can be easier said than done: combining a decent clip-on mic with a digital recorder means syncing up in post, or running straight into the camera means your subject has to stay within a few feet. The solution is a wireless microphone system, but these have always been expensive. And systems designed for live music almost never fit satisfactorily into a video setup. 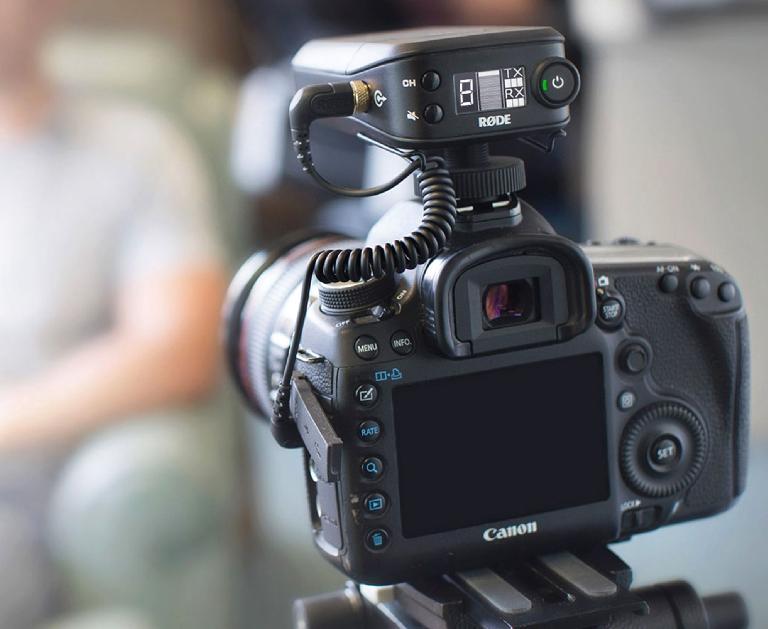 Enter RODE’s first venture into the world of wireless microphones, the RODELink Filmmaker Kit. Given the company’s prowess in studio and video mic technology it’s a little surprising it’s taken this long but it’s no less welcome a development. Crucially, it’s designed to be affordable so you won’t be shelling out as much on your audio kit as you did on your DSLR. The kit has two main components: a transmitter and a receiver. Either can be clipped onto a belt or pocket or mounted on a hot shoe-compatible fitting, with two optional positions. They are powered by 2xAA batteries or a micro USB input, and the rear panel slides down to allow battery fitting and access to a three-level gain control and a Link button for connecting multiple transmitters to a single receiver. Eight channels are available, though basic single-unit setup is incredibly straightforward since the units come pre-paired. 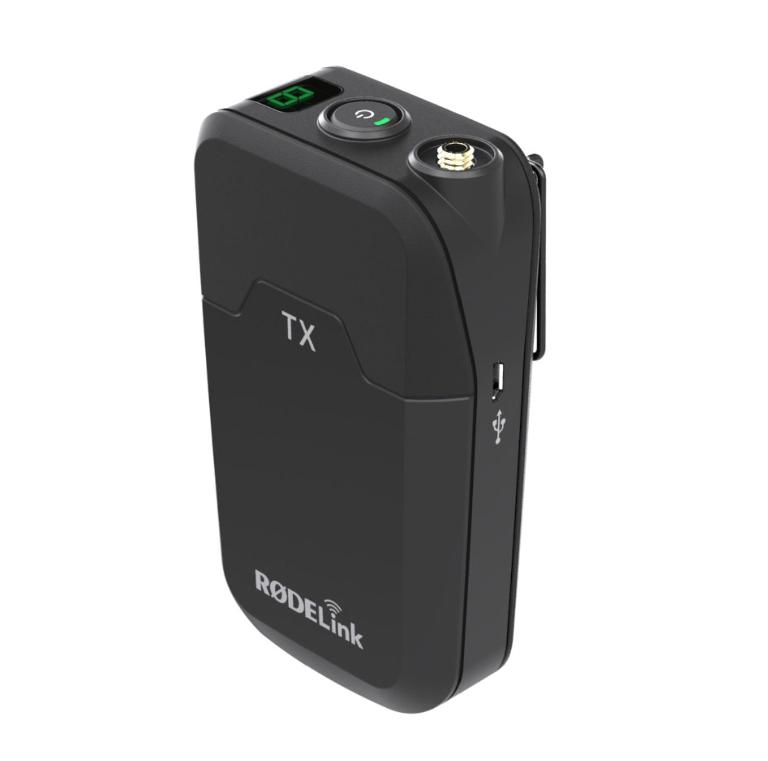 They transmit digitally on the 2.4GHz spectrum with 128-bit encryption of the signal and the equipment is able to constantly monitor and switch between frequencies to maintain the strongest available signal. Rode states a range of up to 100 meters though even half of that should be more than enough for most people. Certainly in my studio environment where there are upwards of 20 Wi-Fi networks in the immediate area, I didn’t have any problem at all with signal strength or interference. There’s also a mute lock button that prevents accidental muting of the signal from the transmitter—a potential lifesaver if your subject accidentally presses the wrong thing.

The units have small but serviceable screens to display battery, signal and channel information and setup is extremely simple. It comes with Rode’s Lavalier mic included and this has a locking thread to ensure security of the cable, as well as a clip and a couple of foam baffles. You can connect any self-powered mic with a 3.5mm output and this includes XLR mics with a converter cable, plus power, of course. Rode’s own Lavalier is a great mic though can occasionally exhibit a little hiss at the very top end when driven hard. The TRS cable to connect the receiver to the recorder or camera also has a locking thread at one end though it’s not particularly long, so you’ll probably want to either connect it to a recording device on your person, or to the camera with the receiver mounted on or very near the camera. 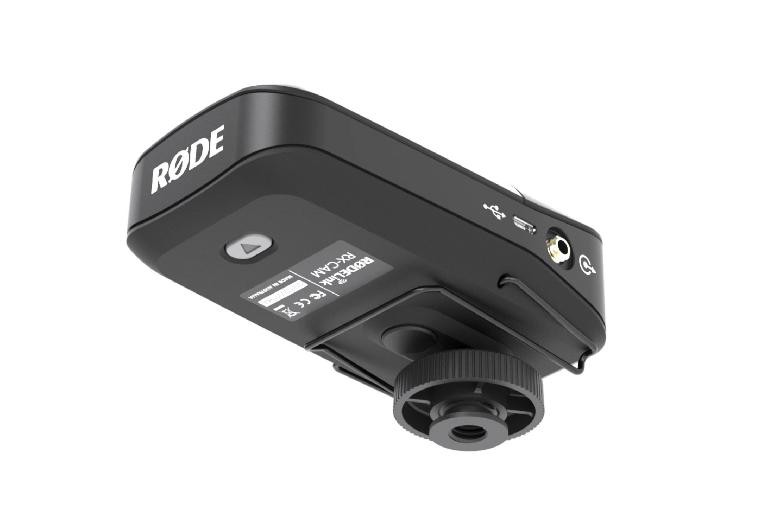 RODE’s Filmmaker Kit is a fantastic way to get professional audio for your video setup without spending a fortune. The wireless world is really liberating for film makers but it can be expensive to get into much of the time. RODE has struck the right balance of features and affordability, even throwing in their Lavalier mic and handy options like USB power. In the same way that DSLRs have brought pro-quality video recording to a wider market, this wireless system looks set to do the same for pro sound recording for video.

Cons: Rear panel feels a little lightweight when slid off for battery fitting, but it’s a minor point. Dream It. Do It.
Do you want to learn The Location Sound Mixer?
Yes, I want to learn!
No Thanks, I just want to read the article.
Feedback
How are we doing?
We'd love your thoughts, feedback and questions regarding our new site. All feedback is appreciated!
We do not respond to this form! If you need support, please visit our support page.
Thank you for your input!
Your message has been successfully sent
Course Advisor
Don't Know Where To Start?
Ask A Course Advisor