All Articles Review
Review: sE X1 T Condenser Microphone
Hollin Jones on Mon, July 28th 0 comments
Language
Looking for a large diaphragm condenser microphone to bring that classic valve sound into your productions? Want it to be affordable too? Could sE Microphones' X1 T be the perfect fit for your studio?

sE's X1 mic has been one of its most successful products, winning rave reviews from many producers. Now the company has combined that mic with its analogue tube circuitry to produce the X1 T, a large diaphragm tube condenser microphone. Valve mics are often preferred for recording such nuanced sources as vocals and acoustic guitars because they can lend a warmer and more organic feel to the sound. As such, many people like to have at least one valve mic in their arsenal, but that can often mean laying out lots of cash. Not so here, with sE sticking to its policy of sensible pricing. 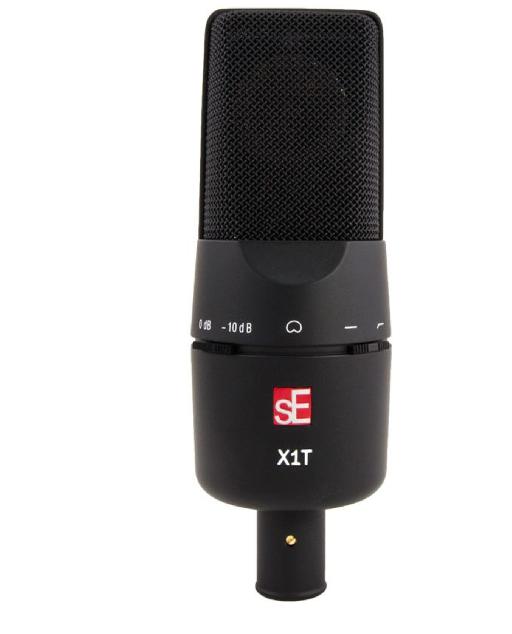 The mic is handcrafted and feels solid and well-built. You get a special power supply, with a seven-pin PSU cable and mic clip, and the accessories also feel of equally good construction. On the front there's a low cut switch and a -10 dB pad switch and the mic uses a cardioid polar pattern with the same gold-sputtered capsule as the original X1, adding high-quality analogue tube circuitry and a specially selected valve. The aim is to accentuate the harmonics in your recordings.

"The X1 T captures a subtly warm sound, lifting the mids in a pleasing manner and adding a slight sparkle to the top end."

sE claims the X1 T is ideal for vocal and spoken word as well as acoustic string instrument recording, pianos and percussion. We tested it with some acoustic guitar takes and then overlaid some vocals afterwards using the same mic and found the results to be excellent, with the mic capturing a subtly warm sound, lifting the mids in a pleasing manner and adding a slight sparkle to the top end. Switching to spoken word material, the mic performed equally well, capturing the nuances of speech with great clarity and warmth. It's compatible with the sE Isolation Pack shock mount and pop filter which we didn't have on hand, but using our own third-party pop shield, we were able to deal with all plosives perfectly well. 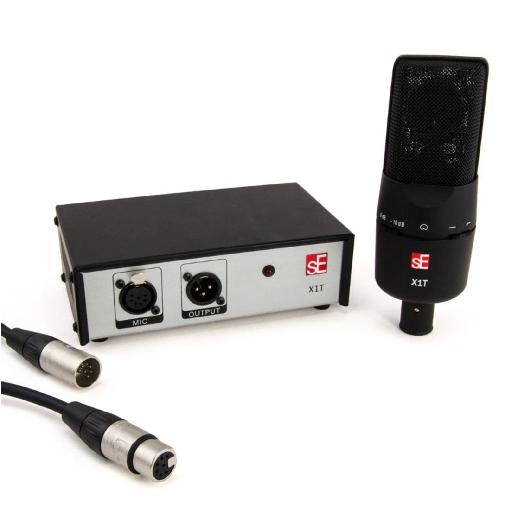 "It's an affordable way to get that classic valve sound in your productions."

The X1 T might cost a bit more than some regular condenser mics but then it also costs considerably less than a lot of valve microphones, especially considering that it comes with its own power supply. The circuitry that sE has used sounds excellent and the performance of the mic is definitely on a par with models that cost considerably more. It's an affordable way to get that classic valve sound in your productions and to bring a hint of class to digital recording setups that can sometimes be a little cold and clinical, so clean are their components. As your main mic for acoustic recordings or as one of the mics at your disposal in your toolbox, the X1 T is a great performer and something of a steal at this price.