All Articles Review
Review: Twisted Tools MSMAX for Reaktor
G.W. Childs IV on Sun, July 14th 1 comments
Language
If you want to super-charge your NI Reaktor experience, you owe it to yourself to check out Twisted Tools. Their new MSMAX, a powerful Mid/Side Matrix, is examined by G. W. Childs.

If you’ve already blown through all of the goodies in NI’s Komplete 9, and are back to looking for more Reaktor, you may want to read on. For outside of the mostly monochrome pages of the NI website, there are other Reaktor providers out there that offer some goodness you may not have come across before. One example would be Twisted Tools who have recently released an extremely powerful new Reaktor based Maximizer and Mid/Side Matrix known as MSMAX.

What are the benefits to MSMAX? Read on, and we’ll check it out together.

As a maximizer, MSMAX is more than just impressive. Whether you use it for mastering, or on an individual mono, or stereo track, MSMAX does an extremely impressive job of bringing out details and subtle nuances that may not have even been noticeable. MSMAX is good for both natural sounding finalization, or extremely harsh maximization that can really take one loop, and make it sound like another loop... A much, much harsher and bigger loop. It doesn’t screw around.

When you add in the side-chain functionality, which is both simple and flexible, you can quickly and suddenly find yourself bringing up MSMAX... A lot. When I say flexible, I’m referring to the multiple side-chain trigger sources that can be used to duck your audio in normal, and more imaginative ways. There are actually four modes total, including Audio, for using an external signal, and Self, which introduces a 1/4 note pulse that will add automatic pulsing, side-chain rhythms into your incoming audio.

Personally, I was extremely impressed with MIDI mode, which simply takes a MIDI pulse from a separate incoming MIDI track, and applies is as a side-chain trigger. This is wonderful, as it alleviates the need to, for example, set up kick drums that will never be heard, just to source a rhythmic ducking effect within a trance, house, or dubstep track. Instead, simply record yourself playing MIDI keys that duck audio. In fact, this was insanely easy to set up in Ableton Live. And, I do see myself using MSMAX regularly for this exact operation... And, more.

MSMAX also brings M/S (Mid/Side) encoding and decoding to the table, which affords you the abilities to do some wonderful alteration of your stereo image. Seriously, if you’d like to make that bassline sound more narrow, or a final mix much wider, you’ll love this.

MSMAX also gives you the ability of introducing effects other than the built-in maximizer effect. You can also add insert effect in from Reaktor’s factory library. There’s even a built-in example reverb, called Nanoverb, that you can experiment with. Try applying some reverb to a side channel, while leaving the mid channel dry. It can get really cool.

I’ve really had a blast working with MSMAX. My beats sound bigger, my voice sounds bigger, and my mixes sound bigger. What more could you ask? And, at a $39 price tag, considering how much bigger it makes everything. Well, you’d be crazy to pass it up. It should be noted that MSMAX does not work with Reaktor player, and does require Reaktor 5.8.

Oh, and it comes with Lemur templates. Yeah, we like Twisted Tools. 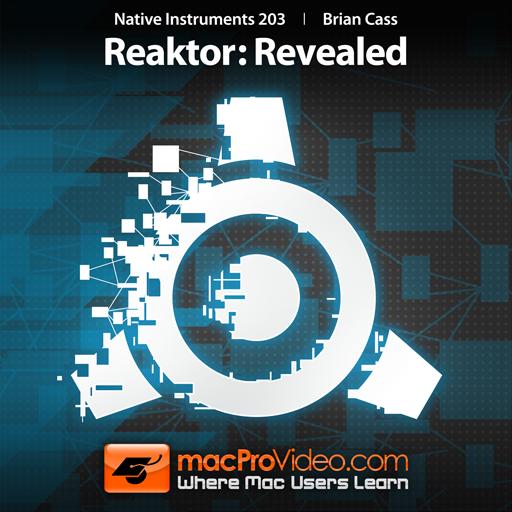 Dream It. Do It.
Do you want to learn Reaktor: Revealed?
Yes, I want to learn!
No Thanks, I just want to read the article.
Feedback
How are we doing?
We'd love your thoughts, feedback and questions regarding our new site. All feedback is appreciated!
We do not respond to this form! If you need support, please visit our support page.
Thank you for your input!
Your message has been successfully sent
Course Advisor
Don't Know Where To Start?
Ask A Course Advisor