If you're looking for new Drum Racks for Ableton Live that go beyond the norm and have some character on their own, thankfully,  Ableton has a wonderful online shop that has a slew of different drum collections. Recently, I got a chance to check out a new drum collection that promises something different in the name'"Conundrum, by Uppercussion. In this review, I'd like to tell you how it is, and why you should check it out.

Most of us are accustomed to electronic kits that tend to resemble the classics'"The 808, the 909, and so on. Conundrums is marching to the beat of its own drum, literally and figuratively. In fact, it appears, and this could be mere speculation on my part, that Uppercussion is targeting a different era of classic drum machines, towards the time of the HR-16 and HR-16B from Alesis. There are no sounds that directly resemble any from these later classics. However, they do have that feel. Snares are a little bigger, a little noisier, kicks have more presence and demand your attention. And, there are tons of other forms of percussion. But, all of them have some serious punch.

Aside from the basic kit, like hi-hat, snare, kick, clap, etc, Conundrum shines brightly with the '˜other' percussion types that are sprinkled across the key mappings. The kits were thoughtfully put together with a careful selection of percussion that does a great job of backing and augmenting sick beats.

While the sound of Conundrums are wonderful to hear, the real power comes in the crazy amount of modifications that can be performed on each piece of any kit that you choose. Every drum can be adjusted for attack, release, pitch, and volume. And, in addition to basic settings, you have knobs for Spread'"which widens the stereo image, Shaper'"which adds soft saturation and Glue'"which adjusts the threshold of the compressor, which increasing the makeup gain. There's even a filter on each drum, within the kit, with a knob adjustment that moves between a hi-pass and low-pass filter. So, instead of getting several kits of, 'What you hear is what you get', instead you get a large selection of kits that can be edited greatly, in unto themselves, providing you with a seemingly endless array of big, modern drums with some serious punch.

Building crazy beats is a favorite past time of mine, so I decided to build a few beats of my own using some Conundrum kits, just to see what happens when you let loose.

While putting a few beats together, I was surprised and excited to hear that Uppercussion did include example beats, so that when browsing, you get a nice idea of what you're getting into with each kit. And, I'm happy to report it's an excellent example beat that I found myself grooving to, while building my own.

Thankfully, the kits are all mapped to very similar keys, as well, so if you find that one kit is grinding on you, you can switch out a kit and that drums that you already programmed won't need to be swapped around within the drum rack.

Conundrum is fun. It has a lot of personality and sonically fits right in there with what I'm doing. The best part is it's not genre specific. All the drum kits are well balanced so they can and should be used for genres like hip-hop, pop, techno, house, dubstep, and much more. And, because you have so much editability, through the tweaks available for each kit, you'll find yourself growing with Conundrum for a long time. There's even a large slew of Conundrum examples in the Clips folder. So, be sure to check them out for fodder you can build from for beats of your own! 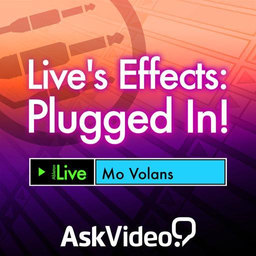