All Articles Audio Software
Sibelius Tutorial: Exporting your Score to Audio
Tobias Escher on Tue, March 15th 0 comments
Language
When you have finished a piece in Sibelius, chances are high that you will want to create a recording of some sorts of it, either for yourself or for others to listen to. In this tutorial I will show

When you have finished a piece in Sibelius, chances are high that you will want to create a recording of some sorts of it, either for yourself or for others to listen to. In this tutorial I will show you how to get your music out of Sibelius using the built-in exporter as well as some ways to utilize other applications to make better sounding renditions of your works.

As you probably know, Sibelius can export to a variety of file formats. When it comes to full-fledged recordings inside Logic or a similar DAW, you will probably want to export as MIDI and use the resulting file to make a mockup. We will deal with this way of doing things in a later tutorial.

For now I'd like to show you how to get audio out from Sibelius using the integrated sounds. Sibelius has a button in the toolbar which performs an offline bounce of the complete score from the playhead position to the end as a Wave or Aiff file, depending on whether you are on a PC or Mac. In case you were wondering: Offline bounce means that Sibelius will adjust render the score to an audio file without playing it back in real-time. If your machine is lightning fast, export will be quicker than the actual length of the piece. If your machine is slow to play a track in real time, the export will take the time it needs to do it properly. Sibelius will record exactly what would be played back, so "what you hear is what you get".

All you need to do is to move the playback slider to the start of the piece and press the button. Specify the file name and location and Sibelius will merrily bounce your track.

After the export is completed, you end up with a wav or aiff file, which is possibly quite large. You can then compress the file into a lossy format using iTunes or a similar application. This will give you a smaller file which you can email more conveniently.

2 - Getting a Different Sound with Other Applications

Sibelius' playback features are solid, but the renditions created within the application leave something to be desired. While this holds true for any notation application, I have found that every application sounds different because they all have different included sound libraries. Try exporting your music with different notation packages, so you can utilize these different sonic palettes.

While you could export a MIDI file from Sibelius and import it into another notation software, I do not recommend it. With MIDI you loose the layout and there are many things that can not be exported with MIDI. A better method is to use Music XML. Unfortunately, exporting Music XML is only possible with a commercial plugin called Dolet in Sibelius. If you have this plugin, you can export your scores as an XML file, which can be read by almost all notation applications. Music XML is a standard format for music notation, which in addition to the notes also exports dynamics, expression, markings and the layout of the score. How much of your score can be read via Music XML depends on the quality of the exporter (in the case of Dolet: very good. The creator of Dolet actually is the creator of Music XML) and the importer. Most importers are pretty good, I.e. Finale, Notion and the likes.

So you need to import the XML file and make adjustments if necessary. Carefully check for dynamics, overall volume, articulations and so on. Pay special attention to the playback of special objects like trills. If your application did not correctly understand a trill or grace note, enter it by hand! Make the playback in terms of speed, volume and accuracy match in both Sibelius and your other application(s).

Then export an audio file from this application, too. As with Sibelius, you will probably have an aiff or wav file. Convert it to a lossy format to reduce file size if you want to send it.

Combining bounces from several applications can greatly enhance realism and quality. Add to his a bit of post-production and you can have great sounding tracks without having to laboriously input every part by hand into a sequencer. This is perfect for quick demos.

Export your track from different applications as usual. You then end up with two or more audio files. Because you will need to layer these files, do not convert them into a lossy format after exporting, in this case! You need to make sure that the tempo of the files is always the same so they stay in sync when layering them. If you have a sequencer, use it to put every bounce on a single track. If you do not (yet) have any sequencer software, try out MixBus, Ardour or Reaper. Both are very inexpensive and will do fine. If you want to use MIDI files for playback with Virtual Instruments, Reaper is the way to go because Ardour as of version 2 does not yet have MIDI capabilities. 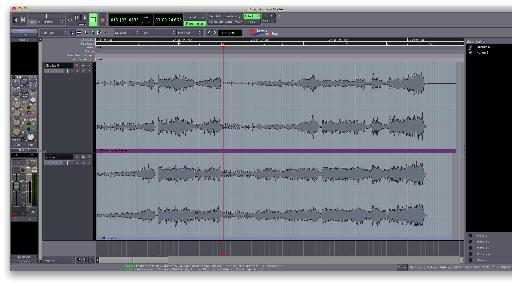 After you have layered all the tracks, you can do a bit of post-production:

In most cases, every bounce from an application will have parts you like and some you don't like. Say, you particularly like how this nice Violin solo is played by Sibelius, so you want to make sure it is featured prominently in your mix! Right after the solo, the French Horns simply sound awful! You will need to turn these down a little bit. On your track containing the file from another notation software, the Violins sound tinny, while the brass soars. With volume automation you can have nice parts in a track a bit louder, while having weaker parts much quieter. Keep an eye on the strengths and weaknesses of your applications and you will have a clear grasp of when a given bounce should be featured and when not!

A little bit of reverb can give coherence and blend the space of the tracks. Do not overdo it! Most of the time, the tracks you exported from Sibelius and other applications already have their specific reverbs applied. It must never sound muddy! At the end you should compress the whole track slightly to make it louder.

The dynamics in notation application are very pronounced, so a pp is barely audible while a ff will blow your speakers out. While this is technically correct, in most cases you will want to narrow down the dynamics a bit to make the track more listenable without forcing the listener to resort to turning the volume knob all the time. There are some plug-in suites on the market that will provide you with a number of presets to give you a starting point. Mastering can be pretty daunting if you've never done it and requires a great deal of experience. Don't give up if your first tracks are not perfect. It takes some time. I can recommend iZotope Ozone as a great place to start. It is very easy to use yet flexible enough to allow you to edit everything by hand should you desire so. 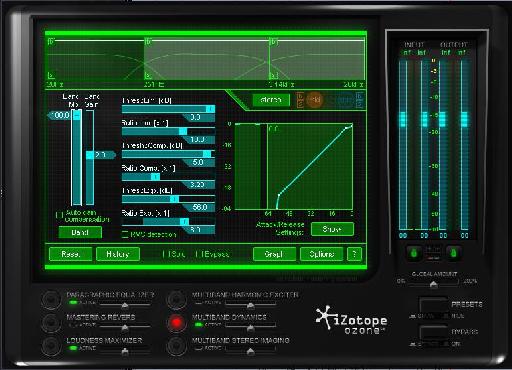 I hope this tutorial has given you an insight into how to create quick renditions of your scores. In a future tutorial, I'll show you a more comprehensive technique. The methods described in this tutorial are for quick and dirty mockups with as little work as possible. If you have any questions or comment, shoot away and I will do my best to answer!

Hungry for more Sibelius knowledge? Check out this tutorial below: 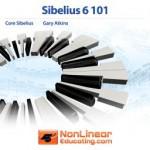