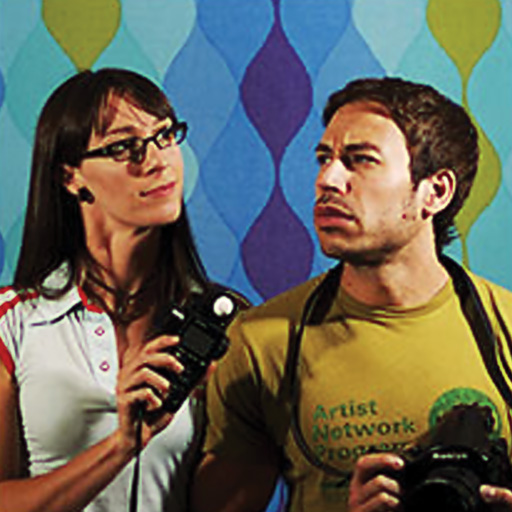 Justin Masse & Alex Markowsky
As true professionals from a large and medium format film background, Justin and Alex bring years of photo-manipulation tips and tricks to their training.
Watch Free Previews!
View the first 3 videos of every course.
Get A Library Pass!
Watch this course – and ALL macProVideo.com courses – for as long as your pass is active.
Purchase just this course! Watch it anytime, for life.
To download & view offline, use our
NonLinear Educating Player Software.
Overview
Status: Available
With today's shift towards digital photography, file management and organization are more important than ever. Meet Aperture. This comprehensive tool gives professional and amateur photographers a new level of control. From advanced RAW conversion and import options, to incredible database flexibility and metadata choices.

And for those who still swear by film, Aperture's features are just as useful. Organize your scanned images like never before, and be amazed at what non-destructive editing can do for you.

Appealing equally to pro's and advanced amateurs, Justin Masse and Alexandria Markowsky will take you step by step from Aperture's basic fundamentals through to it's powerful advanced features. Topics covered include exploring Aperture's highly customizable user interface, importing files, sorting and organizing images with stacks and ratings, advanced image manipulation and color techniques, a variety of metadata tools, database features, and file backup options. With all the helpful workflow tips and tricks you expect, in our easy to follow video format, this is the quickest way to truly master Aperture!
Outline
Section 1: Introduction
Section 2: Aperture's Database
Section 3: Importing Images
Section 4: Other Import Methods
Section 5: Database Flexibility
Section 6: Working In The Browser
Section 7: Stacking Images
Section 8: Analyzing Images
Section 9: Rating Images
Section 10: Full Screen Mode
Section 11: Image Adjustment Methods
Section 12: Exposure & Color
Section 13: Color, Noise & Sharpening
Section 14: Working With Metadata
Section 15: Working With Keywords
Section 16: Smart Organizing
Section 17: Vault Backups
Section 18: Exporting Images
Other courses in this series
What to do next
Reviews
Feedback
How are we doing?
We'd love your thoughts, feedback and questions regarding our new site. All feedback is appreciated!
We do not respond to this form! If you need support, please visit our support page.
Thank you for your input!
Your message has been successfully sent
Course Advisor
Don't Know Where To Start?
Ask A Course Advisor