Cubase 7 404
Evolution of a Song
Genre: Audio
Ever want to get into a top producer's head and see what makes him tick? In this course, Eyal Amir – with outstretched arms – welcomes you into his creative world as he imagines, sketches, develops and produces an amazing track right before your eyes.

Eyal Amir
Eyal Amir is an innovative composer, producer and video maker who is constantly expanding the universe of music production. He is widely acclaimed for his highly successful Project RnL YouTube videos.
Watch Free Previews!
View up to 5 free videos from ANY course each day.
Out of free previews? Come back tomorrow to watch some more!
Get A Library Pass!
Watch this course – and ALL macProVideo.com courses – for as long as your pass is active.
Purchase just this course! Watch it anytime, for life.
To download & view offline, use our
NonLinear Educating Player Software.
Overview
Status: Available | Released: May 15th, 2013
Eyal Amir may be one of most creative composer/producers on the planet. He is also an inspiring teacher. So when he came up with the idea to create a song using advanced overdubbing and sampling techniques all using a single mic, we were like – Duh!!

Deploying Cubase – his DAW of choice – he begins this creative journey with a simple melodic seed. Throughout the entirety of this course, we get to witness and learn how he cultivates that innocent idea into an extremely complex and innovative track.

You see how to do advanced sampling techniques. Here, he records real drums and combines them with his own sampled drums to create an army of percussion that is the track's driving force! You also learn how to record and maximize the sonics of your tracks using just one microphone (an AKG 414). There's even a section on vocal arranging and tuning that will forever change the way you think about recording voice!

Most of all you get a behind-the-console look at how a top producer like Eyal Amir visualizes everything in a production as he constructs melodies, beats and harmonies all within a song form to attain a very high level of musical production.
Outline
Section 1: Section 1: The Idea
Section 2: Section 2: The Melody
Section 3: Section 3: Song Development
Section 4: Section 4: Creating Your Own Samples
Section 5: Section 5: Working Out the Vocals
Section 6: Section 6: Adding Orchestral Drums
Section 7: Section 7: Beefing Up the Bass
Section 8: Section 8: Finishing Touches
Section 9: Section 9: The FInal Song
Other courses in this series
What to do next
Embed Video
Embed this video in a blog, forum post, or webpage. 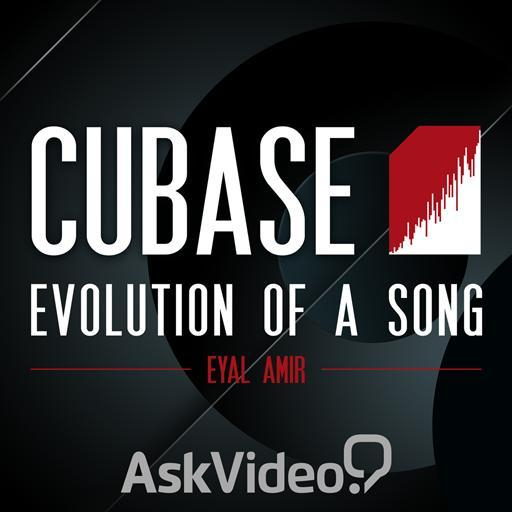