Next, Matt demonstrates the many refinements that have been made to the LoopMash and Groove Agent plug-ins that allow them to work together seamlessly. You'll see & hear how the new plug-ins (like the VST Amp Rack guitar processor and HALion Sonic SE synthesizer workstation) work seamlessly with this incredible DAW to make pro sound.

When it comes to the HALion Sonic SE synthesizer, you'll get a solid exploration of the world's first Note Expression compatible virtual instrument while getting a look into the future of MIDI with note-based continuous controllers like pitch bend and expression. Other chapters will go over 64-bit native mode, the new Comping feature, background grid adjustment, and Standard MIDI File and General MIDI operation.

Whether you're upgrading from a previous version of Cubase or a new user looking to see what Cubase 6 offers, this "Cubase 6 First Look" from macProVideo.com is a must-have tutorial!
Outline
Section 1: Section 1: Cubase 6 First Look
Other courses in this series
What to do next
Embed Video
Embed this video in a blog, forum post, or webpage. 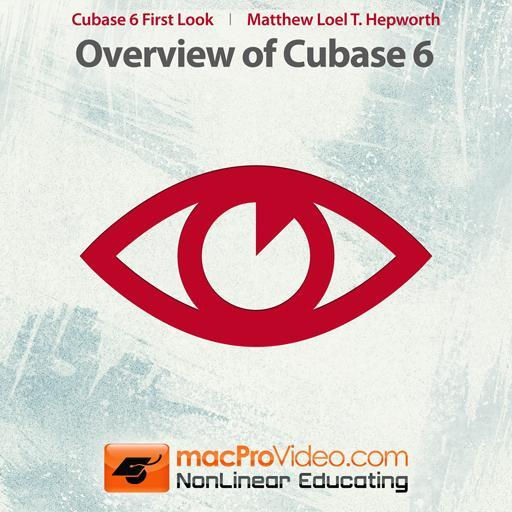