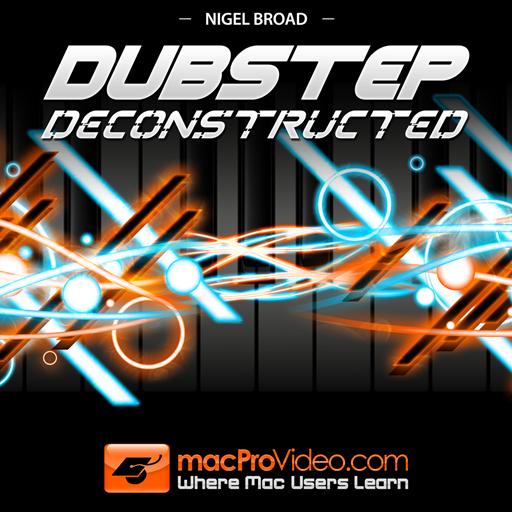 Nigel Broad
As one of the original pioneers of the early 1990s hardcore breakbeat/techno scene (which eventually evolved into drum & bass), Nigel had a string of dance chart hits in the UK, under aliases such as Release and Rhythm Junior.
Watch Free Previews!
View up to 5 free videos from ANY course each day.
Out of free previews? Come back tomorrow to watch some more!
Get A Library Pass!
Watch this course – and ALL macProVideo.com courses – for as long as your pass is active.
Purchase just this course! Watch it anytime, for life.
To download & view offline, use our
NonLinear Educating Player Software.
Overview
Status: Available | Released: Jun 6th, 2013
EDM producer Nigel Broad is back with his much anticipated follow-up to his Dubstep Essentials course. However, this time he approaches it in reverse! You get to hear the final production and then sit back as he divulges his pro production techniques and deconstructs the drums, bass, percussion, pad and lead tracks right before your eyes.

Although this course (and the track itself) is produced in Logic, it's extremely relevant to every producer, no matter what DAW you use. That's because Nigel leans heavily on a lot of 3rd party plugins like Massive, Maschine and Razor as he unleashes the power behind his deep and nasty track.

So if you want to learn the magic of professional Dubstep production, sit back, switch the player to HD mode (hit the letter H) pop in to fullscreen and get ready to take notes, This course is going to change the way you approach producing music. You can count on it!
Outline
Section 1: Section 1: Introduction
Section 2: Section 2: Dubstep Drums
Section 3: Section 3: Dubstep Bass
Section 4: Section 4: Instrumental Elements
Section 5: Section 5: Sound FX and Atmospheres
Section 6: Section 6: Track Construction
Section 7: Section 7: Mixing
Section 8: Section 8: Mastering
Other courses in this series
What to do next
Resource Files
86.2 MB
Download
Embed Video
Embed this video in a blog, forum post, or webpage.