Mo Volans
Mo Volans is world class musician, writer and music software professional whose creative contributions include original music for TV, film and recordings. His insightful writing is featured in many of the top music technology and pro audio magazines around the world.
Watch Free Previews!
View up to 5 free videos from ANY course each day.
Out of free previews? Come back tomorrow to watch some more!
Get A Library Pass!
Watch this course – and ALL macProVideo.com courses – for as long as your pass is active.
Purchase just this course! Watch it anytime, for life.
To download & view offline, use our
NonLinear Educating Player Software.
Overview
Status: Available | Released: Jul 8th, 2014
If you're looking for new ways to expand how you deploy Logic's arsenal of killer FX then dig in because this course is FX-traordinary!

Designed and presented by the always entertaining Mo Volans, this exclusive collection of advanced Logic Pro tutorials takes you way beyond the basics to a place where FX rule the universe! You learn how Logic's bundled FX (and some very cool 3rd party ones) are essential tools for the creation and shaping of all the sounds, tracks and sub-groups in your music production toolbox.

Mo journeys you through all kinds of instrument and sonic categories transforming drums, bass, lead and vocal tracks with some astonishingly subtle FX combinations. And, for you FXtremists out there, you won't be disappointed ‘cause Mo quite naturally slips into destruction mode as he twists, slams and mashes some tracks well beyond recognition.

So sit back and enjoy almost 2 hours of some of the coolest advanced processing techniques in this exclusive collection of "supercharged" tutorials from the supercharged brain of Mo Volans!

Outline
Section 1: Section 1: Heavy Drums
Section 2: Section 2: Bass And Synth
Section 3: Section 3: Vocal Processing
Section 4: Section 4: Busses And Groups
Section 5: Section 5: Technique And Workflow
Other courses in this series
What to do next
Embed Video
Embed this video in a blog, forum post, or webpage. 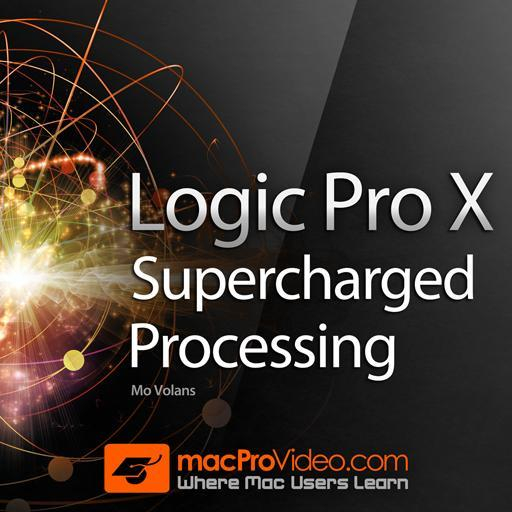