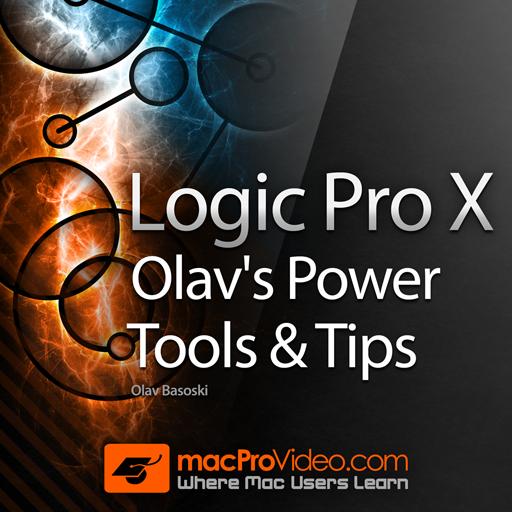 Logic Pro X 403
Olav's Power Tools & Tips
Genre: Audio
Olav Basoski’s electronic music and production techniques are legendary. If you want to know how he does it, check out his Power Tools and Tips and learn how to harness the insane power of Logic Pro X!

Olav Basoski
One of the most influential artists in the dance music industry, Olav Basoski has produced hundreds of records for his trend-setting Record Labels: Work Records, Rootz Records, and Samplitude Records.
Watch Free Previews!
View up to 5 free videos from ANY course each day.
Out of free previews? Come back tomorrow to watch some more!
Get A Library Pass!
Watch this course – and ALL macProVideo.com courses – for as long as your pass is active.
Purchase just this course! Watch it anytime, for life.
To download & view offline, use our
NonLinear Educating Player Software.
Overview
Status: Available | Released: Jul 17th, 2014
Few electronic music producers have achieved the ultimate synthesizer-driven dance sound that Olav Basoski has. Behind every one of his dance music tracks are a ton of very important technical production skills that Olav brings to his productions. This is how he elevates his music to the level of instant classics! So, how does he actually do it? Find out in this 33-tutorial course!

Based upon his previous Electronica Workflow Tricks, this new course explores those same techniques in the Logic Pro X environment. You learn the secrets of Logic’s surgical EQ and see how to deploy Logic’s magical Marquee tool to do all kinds of time-saving functions. Olav then explains Logic’s array of compressors and how you can apply them, in many different ways, to add clarity and fatness to your tracks.

From there, he dives into his workflow, dishing up some super cool, yet simple techniques you can use to build and arrange your tracks. Next up are some Track Stack tips, Bouncing best practices and advanced Compression techniques to get your production slamming at peak performance.