Logic 204
Ultrabeat Unleashed
Genre: Audio
Introduced in Logic 7 and banging in Logic Pro X, Ultrabeat is Logic's classic drum machine. Steve H. shows you how to use Ultrabeat as a synth, sampler, and step-sequencer combined!
Skills:

Steve Horelick
Twice Emmy-nominated Steve H is a Logic Pro Master and industry-leading audio producer/performer. You might know him from TV's "Reading Rainbow" ... he scored every episode of that program.
Watch Free Previews!
View up to 5 free videos from ANY course each day.
Out of free previews? Come back tomorrow to watch some more!
Get A Library Pass!
Watch this course – and ALL macProVideo.com courses – for as long as your pass is active.
Purchase just this course! Watch it anytime, for life.
To download & view offline, use our
NonLinear Educating Player Software.
Overview
Status: Available | Released: Sep 10th, 2009
Steve H. is at it again with this power-house tutorial showing you how to use Ultrabeat.

The tutorial starts with a detailed exploration of Ultrabeat's interface. You'll learn how to trace the signal path from start to finish through the instrument - along the way you'll learn how Ultrabeat's switches and buttons (including hidden switches) function to control it's sound.

You'll move on to a detailed exploration of oscillators as you discover how to synthesis drum sounds from the ground-up in Ultrabeat. Why use presets ... make your own unique drum sounds by watching these videos!

Next you'll explore filters, envelopes & modulators as you shape your oscillators to create your sound.

The second half of the tutorial moves into the groove. In this section you'll learn how to create drum patters using Ultrabeat's built-in step sequencer. By the end of the video, you'll be ready to put your vintage 909 (and your favorite drummer) in the closet - Ultrabeat has the sounds and versatility you're after!
Outline
Section 1: Section 1: The Interface
Section 2: Section 2: The Sound Generators
Section 3: Section 3: Voice Audio Processing
Section 4: Section 4: The Modulators
Section 5: Section 5: Voice Output Processing
Section 6: Section 6: The Step Sequencer
Section 7: Section 7: Tips and Tricks
Other courses in this series
What to do next
Embed Video
Embed this video in a blog, forum post, or webpage. 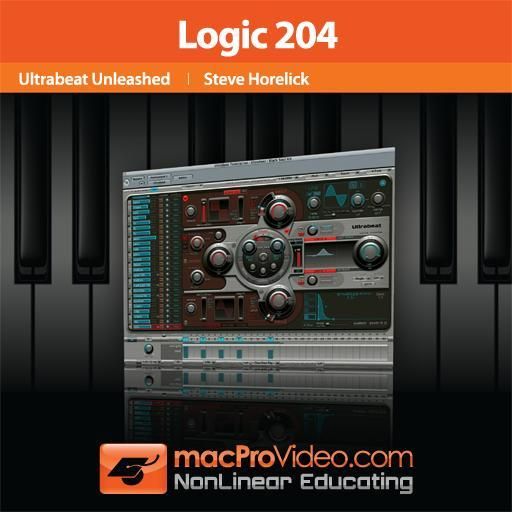