Olav Basoski
One of the most influential artists in the dance music industry, Olav Basoski has produced hundreds of records for his trend-setting Record Labels: Work Records, Rootz Records, and Samplitude Records.
Watch Free Previews!
View up to 5 free videos from ANY course each day.
Out of free previews? Come back tomorrow to watch some more!
Get A Library Pass!
Watch this course – and ALL macProVideo.com courses – for as long as your pass is active.
Purchase just this course! Watch it anytime, for life.
To download & view offline, use our
NonLinear Educating Player Software.
Overview
Status: Available | Released: Sep 10th, 2009
How do the pros mix music? The 400-level "Pro-Mixing Series" is designed to show you how ...

Logic 404: Mixing Electronica is produced by legendary House music master Olav Basoski. Olav's sound is one of the most sought after sounds in the electronic scene, and his mixes are considered by many to be the best in the industry.

In this 2-hour tutorial-video, Olav shows you the secrets he uses to make his mixes shine -- every time! Olav will introduce you to important mix concepts including parallel compression, side chaining compressors to give the kick drum presence, setting levels and pan positions, as well as adding the proper reverb to put space into your mix.

Watching these videos is almost as good as sitting in the studio with Olav himself. Along the way, you'll learn some hard-won knowledge including correctly setting the level of your kick drum, when to take a break from mixing, and how to ensure your bass is not too strong for a vinyl cutting press.

If you're into electronica, this tutorial contains the information you always wanted to know ...
Outline
Section 1: Section 1: Setting Up The Mix
Section 2: Section 2: Using EQ
Section 3: Section 3: Adding Compression
Section 4: Section 4: Adding Space
Section 5: Section 5: Mix Groups & Busses
Section 6: Section 6: Deeper Into Effects
Section 7: Section 7: Finishing The Mix
Other courses in this series
What to do next
Embed Video
Embed this video in a blog, forum post, or webpage. 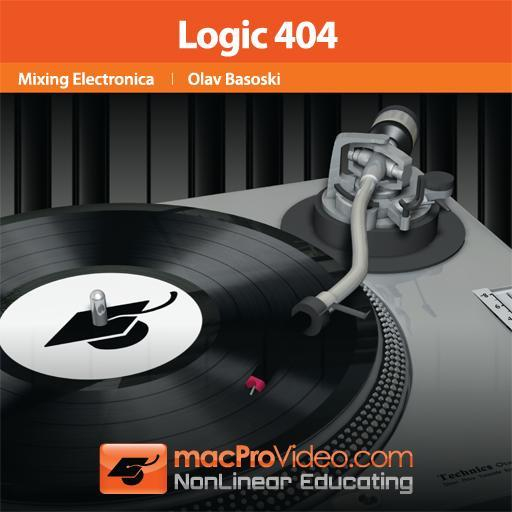