Francesco Schiavon
Francesco Schiavon is a recognized expert in the topic of digital media deployment for web and optical disc. A dedicated educator, Francesco has spent the last decade teaching in some of Canada's leading multimedia schools.
Watch Free Previews!
View up to 5 free videos from ANY course each day.
Out of free previews? Come back tomorrow to watch some more!
Get A Library Pass!
Watch this course – and ALL macProVideo.com courses – for as long as your pass is active.
Purchase just this course! Watch it anytime, for life.
To download & view offline, use our
NonLinear Educating Player Software.
Overview
Status: Available | Released: Apr 8th, 2010
Calculator is arguably one of the most useful apps on the Mac. You'll turn to this app time and time again as you do sums and figures on your computer, so take a moment to learn how it REALLY works.

In this mini-tutorial you'll learn how to track calculations using the Paper Tape, use the Scientific Calculator, Convert Currency and Measurements, & more!
Outline
Section 1: Section 1: Calculator
Other courses in this series
What to do next
Embed Video
Embed this video in a blog, forum post, or webpage. 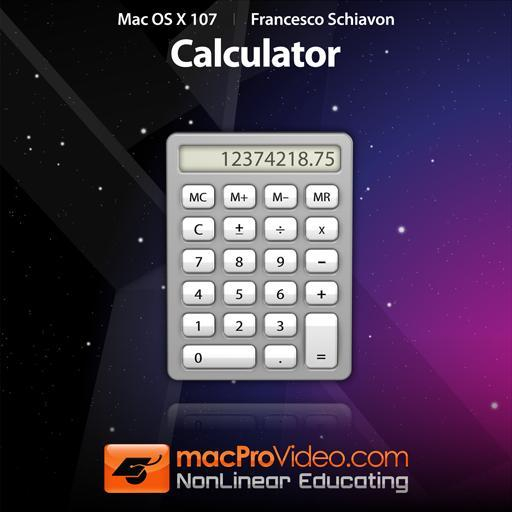