Scott Freiman
Scott Freiman is a renaissance man ... both an award winning musician and entrepreneur, Scott has a long history of composing and producing great music.
Watch Free Previews!
View up to 5 free videos from ANY course each day.
Out of free previews? Come back tomorrow to watch some more!
Get A Library Pass!
Watch this course – and ALL macProVideo.com courses – for as long as your pass is active.
Purchase just this course! Watch it anytime, for life.
To download & view offline, use our
NonLinear Educating Player Software.
Overview
Status: Available | Released: Mar 31st, 2010
In this tutorial, composer and sound designer Scott Freiman shows you how to use Native Instruments' powerful Kontakt 4 sampler -- the sampler that has rapidly become a standard in every professional studio. New and novice users alike will find plenty of tips and tricks scattered among this 3 hour course.

After a brief series of "getting started" videos, Scott gets right into music making with Kontakt. Scott will introduce you to all the features that make Kontakt so much fun to use. Topics include creating a database of your own samples, using Kontakt as a plug-in (with a special guest appearance from Steve H!), automating Kontakt with MIDI, and getting the most from the Kontakt browser. The course also takes a detailed look at each of the sample collections that make up the Kontakt Factory Library.

Whether you are migrating from another sampler, such as Gigastudio or EXS-24, or completely new to sampling, Exploring Kontakt will teach you everything you need to know to use Kontakt as part of your composing arsenal.
Outline
Section 1: Section 1: Getting Started with Kontakt
Section 2: Section 2: Using Kontakt
Section 3: Section 3: The Kontakt Browser
Section 4: Section 4: The Kontakt Library
Section 5: Section 5: The Kontakt Plug-in
Section 6: Section 6: Odds and Ends
Other courses in this series
What to do next
Embed Video
Embed this video in a blog, forum post, or webpage. 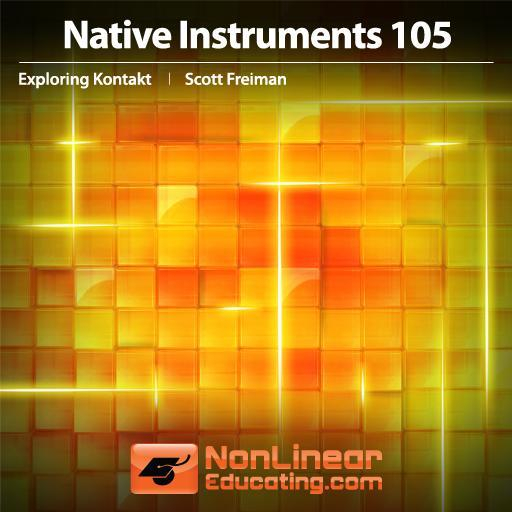