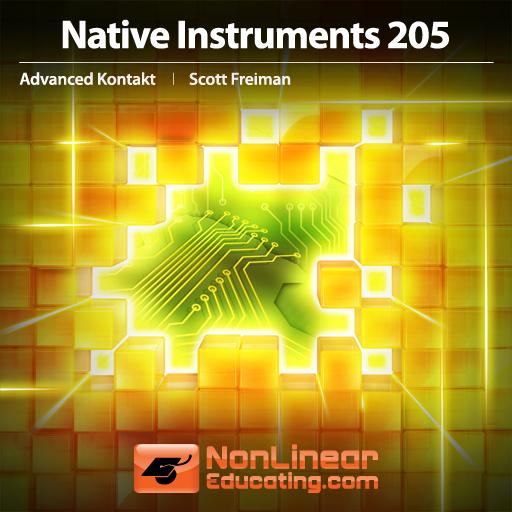 Scott Freiman
Scott Freiman is a renaissance man ... both an award winning musician and entrepreneur, Scott has a long history of composing and producing great music.
Watch Free Previews!
View up to 5 free videos from ANY course each day.
Out of free previews? Come back tomorrow to watch some more!
Get A Library Pass!
Watch this course – and ALL macProVideo.com courses – for as long as your pass is active.
Purchase just this course! Watch it anytime, for life.
To download & view offline, use our
NonLinear Educating Player Software.
Overview
Status: Available | Released: May 1st, 2010
In this video tutorial, composer and sound designer Scott Freiman goes in-depth into Native Instruments’ powerful Kontakt 4 sampler to show you how to create and modify your own sounds. Building on the material taught in Native Instruments 105: Exploring Kontakt, Scott covers the numerous sound sculpting features of Kontakt.

Scott takes you from the multi (a collection of Kontakt instruments) all the way down to the sample level. In between, you will learn how to edit samples and create new instruments with complex effects and multiple modulation sources. Special attention will be given to Beat Machine and Time Machine, tools for creating complex rhythmic patterns or other interesting sample manipulations - a fantastic way of morphing between sounds.