SongCraft
Dubway Studios is a premier audio production facility in NYC that started as a 4-track studio and has evolved into a top tier multi-room facility...
Watch Free Previews!
View up to 5 free videos from ANY course each day.
Out of free previews? Come back tomorrow to watch some more!
Get A Library Pass!
Watch this course – and ALL macProVideo.com courses – for as long as your pass is active.
Purchase just this course! Watch it anytime, for life.
To download & view offline, use our
NonLinear Educating Player Software.
Overview
Status: Available | Released: Jun 26th, 2013
Ben Arthur, our intrepid songwriter-in-motion, and his talented audio/video team from Dubway, travelled to the SXSW festival in Austin, Texas to document what songwriters do best: write songs!

The Dubway crew first rounded up the very talented cellist/songwriter/performer, Ben Sollee. Next, they wrangled in the extraordinary folk/rock singer/songwriter Erin McKeown. Then they set up a guerrilla, hi-tech recording studio in a rented condo and – using Pro Tools and a collection of quality mics – documented the process of birthing a new song.

The songwriting process is both elusive, demanding and often frustrating. So when you add time-pressure to the mix, well... it becomes downright insane. This course is designed to give you an inside look at the craft of songwriting and the trials and tribulations of creativity under the musical microscope. Watch as Erin and the two Bens literally put their heads together to meet the challenge. You will learn a lot about songs, collaboration and recording in less-than-desirable, non-studio situations! You also see how Al Houghton and Mike Crehore take the song back to their Dubway Studios in New York to enhance the final production. 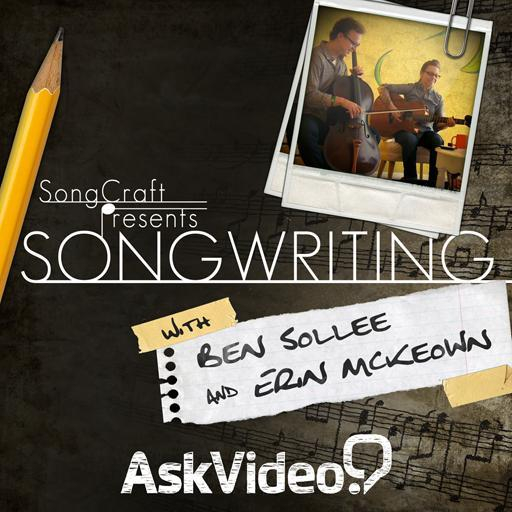