(The) Art of Audio Recording 302
The Mix
Genre: Audio
Mixing is a complicated "mix" of art and science. In this Singing Canary tutorial, follow top engineer Clint Murphy as he takes you on a 60-video, step by step mixing journey...
Skills:

Singing Canary Productions
When we decided to produce a new series of tutorials on audio recording and production we searched the globe for the very best trainers and audio professionals ... and we found them at Modern World Studios and Singing Canary Productions!
Watch Free Previews!
View up to 5 free videos from ANY course each day.
Out of free previews? Come back tomorrow to watch some more!
Get A Library Pass!
Watch this course – and ALL macProVideo.com courses – for as long as your pass is active.
Purchase just this course! Watch it anytime, for life.
To download & view offline, use our
NonLinear Educating Player Software.
Overview
Status: Available | Released: Feb 27th, 2012
How do you get a complicated song, with tons of drums, guitar, keyboard and vocal tracks to really shine and stand out when reduced to a stereo pair? Well, it's not easy. In fact, it's one of the most critical and complicated steps of the whole recording process. And that's what makes this 60-video tutorial so unique! You'll sit alongside Modern World Studio's mixing ninja Clint Murphy as he teaches you everything he knows about the art of mixing.

This is not one of those overview tutorials: It's an in-depth treatise-nothing is glossed over or left out. From setting up the console to exporting your final stereo bounce, this tutorial shows you every step of the way. So break out your notebooks because this hands-on, down-and-dirty, in the trenches mixing adventure is loaded with tons of mixing techniques and audio tips.

You know, it's not every day that a world class engineer lets you in on all his mixing secrets. So sit back, put your feet up (not on the console, please) put on your headphones and get ready to learn about the art and science of The Mix!
Outline
Section 1: Section 1: Introduction
Section 2: Section 2: Setting Up the Console
Section 3: Section 3: Levels and Compression
Section 4: Section 4: Mixing The Drums
Section 5: Section 5: Mixing & EQ-ing of Various Elements
Section 6: Section 6: Mixing The Vocals
Section 7: Section 7: Mixing & Side Chaining The Bass
Section 8: Section 8: Mixing Piano, Percussion and Choir
Section 9: Section 9: Working with The Vocals
Section 10: Section 10: Finalizing The Mix
Other courses in this series
What to do next
Embed Video
Embed this video in a blog, forum post, or webpage. 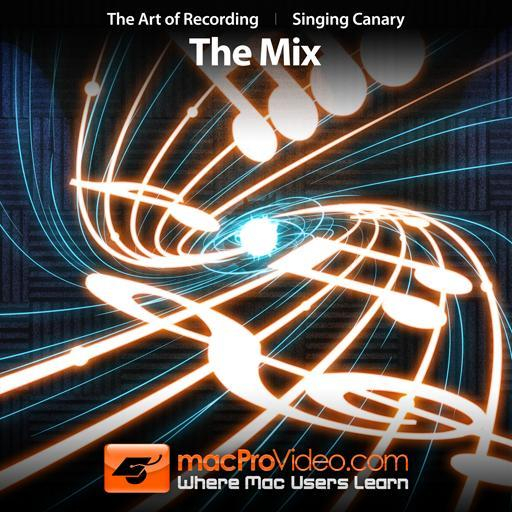