(The) Art of Audio Recording 101
Introduction to Recording
Genre: Audio
You can't learn this type of info anywhere - except macProVideo.com! Pro audio engineers share deep secrets about how they choose microphones for common recording situations.

Singing Canary Productions
When we decided to produce a new series of tutorials on audio recording and production we searched the globe for the very best trainers and audio professionals ... and we found them at Modern World Studios and Singing Canary Productions!
Watch Free Previews!
View up to 5 free videos from ANY course each day.
Out of free previews? Come back tomorrow to watch some more!
Get A Library Pass!
Watch this course – and ALL macProVideo.com courses – for as long as your pass is active.
Purchase just this course! Watch it anytime, for life.
To download & view offline, use our
NonLinear Educating Player Software.
Overview
Status: Available | Released: Nov 18th, 2010
The recording process is a fantastic audio journey. It's guided by the audio engineer who nurtures a sound from its acoustic inception, emanating from the musician's instrument as it travels through the air... to the proper microphone placed in an exact position... through the cable to the chosen pre-amp... then into the dynamics processors... through the mixing console's channel strip where it gets sculpted and shaped and given perspective... until it finally meets up with the other sounds whose journeys have followed completely different paths to the final mix.

And, every step of the way important, hit-making decisions are made by the the audio engineer that determine just how everything is going to work together to make the best recording possible. To master this incredible process we at macProVideo.com are pleased to bring you the first in a series of meticulously detailed tutorials on, "The Art of Audio Recording".

In this first installment, Introduction To Recording, you will learn all about sound -how it works and the waves that make it all possible. Next you'll explore all the different kinds of microphones and how and when to use them. You'll learn about frequency response, polarity, impedance and noise. From there you'll move on to the application of pre-amps and compression. Finally, you'll turn back to multi-microphone recording techniques and some theory on phase and the audio spectrum.

And this is just the beginning. We will be introducing many more full length live action tutorials in our "The Art of Audio Recording" series covering the recording of drums, guitars, orchestra, vocals and more!

So sit back and enjoy "An Introduction to Audio Recording" by Singing Canary Productions, and begin your journey of enriching your skills as an audio engineer!
Outline
Section 1: Section 1: Principles of Sound
Section 2: Section 2: Types of Microphones
Section 3: Section 3: Microphone Characteristics
Section 4: Section 4: Pre's and Compressors
Section 5: Section 5: Stereo - Let's Start Recording
Section 6: Section 6: Multi Mic Recording
Other courses in this series
What to do next
Embed Video
Embed this video in a blog, forum post, or webpage. 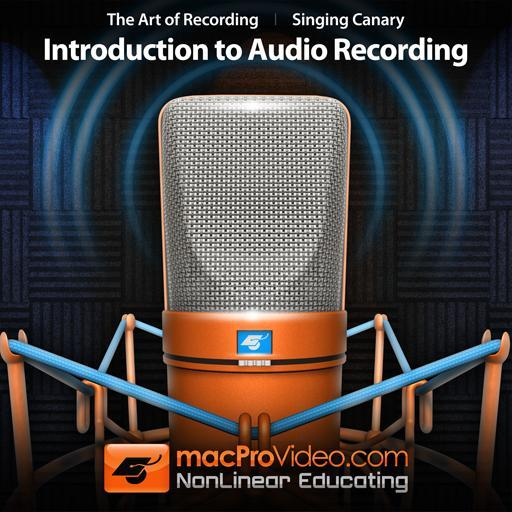