G.W. Childs IV
G.W. Childs is an audio & video production powerhouse whose credits span the gamut from work with the US Department of Defense to soundtracks with LucasArts and remixes for James Brown & Ray Charles.
Watch Free Previews!
View up to 5 free videos from ANY course each day.
Out of free previews? Come back tomorrow to watch some more!
Get A Library Pass!
Watch this course – and ALL macProVideo.com courses – for as long as your pass is active.
Purchase just this course! Watch it anytime, for life.
To download & view offline, use our
NonLinear Educating Player Software.
Overview
Status: Available | Released: May 28th, 2013
The Finger, designed by Tim Exile, is Native Instruments' intense, point-'n-play FX processor. Based on Reaktor technology, this plugin brings a wide array of FX and modulations right to your finger tips – all in realtime! The Mouth, NI's vocoder on steroids by the same designer, turns any audio clip: drums, sound effects or whatever, into a mess of mashed-up melodic and harmonic phrases.

In this doctoral course GW reveals the inner workings of both of these NI synths. You learn their basic functionality and controls. But then, like the sonic surgeon he is, Dr. Childs gives you the biological breakdown of the massive features and effects that are locked up in these amazingly creative expressive body parts!

So get your digital digits ready to dance and vibrate up your virtual vocal chords as you dive into the the depths of these amazing Reaktor instruments. Turn down the lights, sit back and get ready to master your Body Parts in this incredibly deep 40-tutorial collection!
Outline
Section 1: Section 1: Finger Basics
Section 2: Section 2: Patch and Loop Effects
Section 3: Section 3: Even Crazier Effects
Section 4: Section 4: Mouth Basic and Vocoder
Section 5: Section 5: Synth and Drums
Section 6: Section 6: Realtime and Close
Other courses in this series
What to do next
Embed Video
Embed this video in a blog, forum post, or webpage. 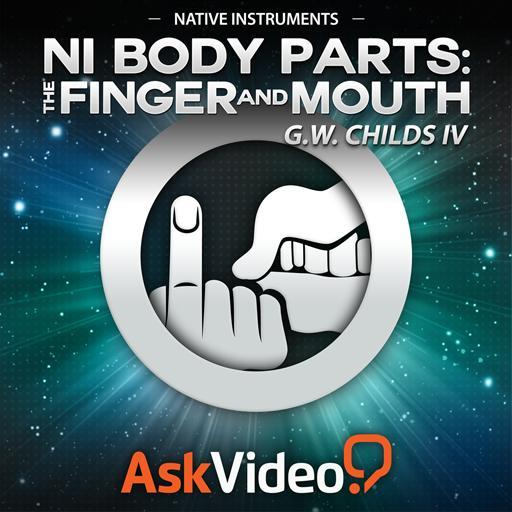