(The) Art of Audio Recording 103
Recording Guitars
Genre: Audio
The electric, acoustic and bass guitars are the foundation of most modern music. This tutorial teaches you everything you need to know to record guitar tracks that will jump out of your mix and blast your tunes to the top of the charts.

Singing Canary Productions
When we decided to produce a new series of tutorials on audio recording and production we searched the globe for the very best trainers and audio professionals ... and we found them at Modern World Studios and Singing Canary Productions!
Watch Free Previews!
View up to 5 free videos from ANY course each day.
Out of free previews? Come back tomorrow to watch some more!
Get A Library Pass!
Watch this course – and ALL macProVideo.com courses – for as long as your pass is active.
Purchase just this course! Watch it anytime, for life.
To download & view offline, use our
NonLinear Educating Player Software.
Overview
Status: Available | Released: Dec 16th, 2010
Whether you in a recording studio or at home there are a million different ways to capture the beautiful sound of the guitar. This tutorial gives you tons of the essential techniques top engineers employ when they are tracking guitars in a modern studio environment.

Recording Guitars is presented by Sean Genockey ... one of England's leading recording specialists. Sean began his illustrious career as guitarist for the alternative rock band Moke and has gone on to engineer, mix and produce for the Manics, Suede, Starsailor, Kula Shaker, Baddies, Tom McRae, Iko and Futureheads.

In his informative, yet relaxed style, Sean takes us on a complete guitar recording journey starting at the vibrating strings and ending at the DAW. You'll first learn how to tune and prepare a guitar for recording. Next you're off to investigate the world of the electric guitar. You'll see microphones and mic placement techniques followed by a deep look at amplifiers and what to do when you're working with combos and stacks.

Sean explains the technique of "white noising" to determine the frequency response and output coloration of different speaker cabinets. There is also an in-depth section on acoustic guitar mic techniques from single mic to advanced XY configurations.

At the end of the tutorial, Sean provides a detailed exploration of recording bass, covering both amp/mic and direct input techniques.

If you've always wondered how to get your live guitar tracks to punch through the mix and penetrate the heart and soul of the listener, this "Recording Guitars" tutorial is for you.
Outline
Section 1: Section 1: Introduciton
Section 2: Section 2: Electric Guitars
Section 3: Section 3: Acoustic Guitars
Section 4: Section 4: Bass
Other courses in this series
What to do next
Embed Video
Embed this video in a blog, forum post, or webpage. 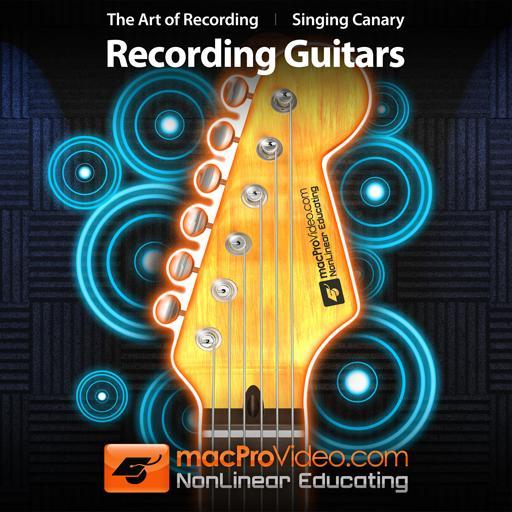