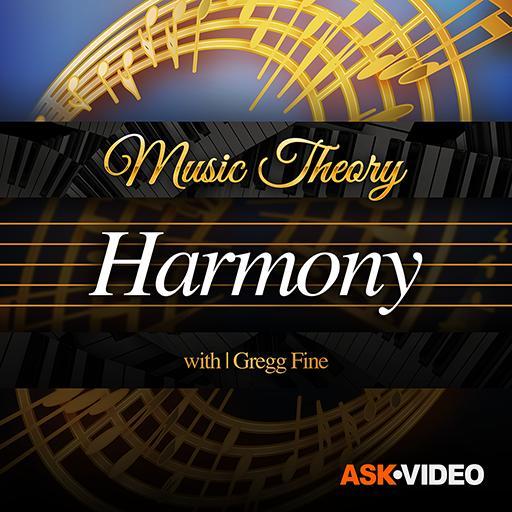 Gregg Fine
Gregg Fine, founder and principal composer of Hidden Tiger Music, is an award-winning guitarist, multi-instrumentalist and veteran composer of music for advertising.
Watch Free Previews!
View up to 5 free videos from ANY course each day.
Out of free previews? Come back tomorrow to watch some more!
Get A Library Pass!
Watch this course – and ALL macProVideo.com courses – for as long as your pass is active.
Purchase just this course! Watch it anytime, for life.
To download & view offline, use our
NonLinear Educating Player Software.
Overview
Status: Available | Released: Dec 5th, 2011
If melody is the story of a song, then harmony is the feeling behind the story. To create songwriting magic, you need to know both. In this Harmony course by chordiologist Gregg Fine, get the whole story of harmony and learn how you can enhance the color and emotion of your tunes.

Harmony starts with triads: the basic building blocks for chords. You’ll learn how to combine intervals to change the nature and color of the chords in your productions. Watch and listen as Gregg shows how to build major, minor, diminished and augmented chords, along with their inversions. You'll also see and hear how added tones can add a new dimension to simple chords.

Professor Fine then introduces you to extensions, suspended chords, power chords and arpeggios. You learn all about the Circle of 5ths and how it can be used to create chord progressions. Understanding progressions is “key” to building a successful and satisfying song. Gregg wraps it all up by taking you to another dimension as he teaches you how to create well-designed progressions, modulations, pedal tones, drones and ostinatos.

So if you're looking to get a better understanding of that musical feeling, this insightful course on Harmony by Gregg Fine will take you there.